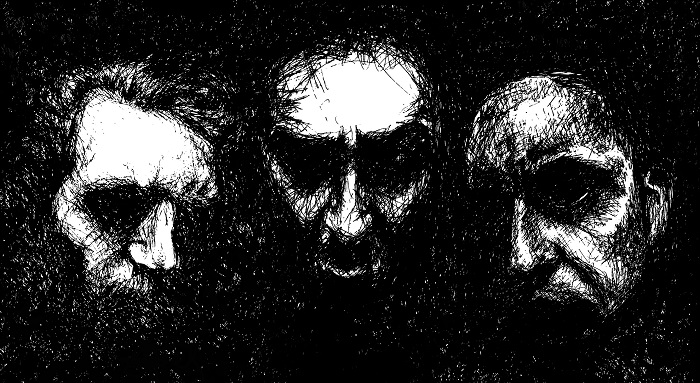 Stop me if you’ve heard this one before, but organized religion kind of sucks and has led to a lot of death, misery, abuse, psychological scars, and pain. Yet, people go to a building each week, give their money, sing their songs, then walk out and are complete assholes to each other and support ideas that strip freedoms from other people. It can’t end soon enough!

When I was growing up locked into my own Catholic mental prison, warming up to bands that set fire to religious dogma always made me fear for my eternal soul. Now, I’m pretty much inviting that shit. So, it is with Istanbul-based black metal band Zifir’s new album “Demoniac Ethics,” their fourth, that I settled in for another assault on organized religion from a band tired of watching its ill effects on humanity. Yeah, I know this doesn’t mean every person who practices their faith is a fool and a miscreant. Hardly. It’s the institution of so many that are under fire, and Zifir unload with some gothically inspired, creatively immersive music that can leaves chills even after your skin is scorched. It’s the first in three years for the band—OnurÖnok (vocals, guitar, bass), Ilgar (bass), Nursuz (drums)—that loads their art with a tidal wave of emotion and turmoil. 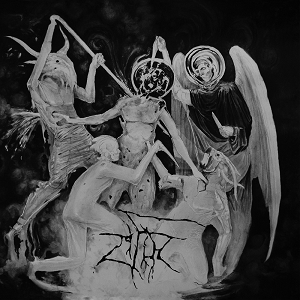 “Sûr” is a quick intro piece where the music begins to bubble, and strange voices emerge, leading into “Chants for Execution” that lets loose melody that smooshes you and leaves a blood stain behind. Vicious growls and hypnotic group singing push their way in, grappling in the fog before the track bursts and unleashes death. The track then sends shrapnel flying, ending with a crushing salvo. “Still Reigning” has warbled singing and a thick gothy feel, while strange reverberations float, and you’re led into a mist, where you’re pounded. Coldness then sinks in as the track finds its way to a mind-altering end. “Empire of Worms” churns as the music rains down in sheets, rupturing and going for the lungs. At times, your head can feel locked in the atmosphere while the band starts fires around you, as creaky voices cry out, monstrous growls reign, and the track ends in a furious storm. “Gökyüzü Karanlık” is the first of two interludes back to back, as this passage has garbled words, numbing music, and voices that sound like they’re leading you into the woods.

“An Eerie Moment” is the second as guitars trip, strange speaking emerges, and weirdness takes us right into “Chaos Clouds” where things change back to utter blackness in a hurry. A channeled pace and bizarre voices start you feeling like something isn’t right, and before you can get a grip, the song grabs you in its clutches, building an ominous fire that isn’t extinguished until you’re forced to face it. “Spirit of Goats” has guitars launching into the skies as howled growls do their damage, and the leads splinter. The music gets a few added doses of color, as the band defies convention, leading to a spiraling finish. “A Bleak Portrait” starts with winds blowing and more chants crawling toward you before eerie tones take over, and things swell into a panic. The pace calms itself a bit before echoed calls fire away at you, and the track fades into the horizon. “Ephemeral Idols” gets off to a speedy start with growls hammering away and the track looping boundlessly. The playing sheds more blood as the drumming punishes, then a black path is carved into your soul as the final moments melt steel. “Insects as Messengers” ends the record as guitars rise up, and an eerie blackness moves like a dark cloud full of pestilence. The growls lurch, bringing acid from the stomach, while the pace is torn open, exposing the guts, and the final elements of filth are burned away for good.

Zifir’s anger and disgust with religious superpowers are easy to understand when we see the hell people have gone through at the clutches of these massive entities. “Demoniac Ethics” works to fire back against all of that, offering a torch in the night and war hammer at their side. On top of that, the music is stirring and compelling, a black metal release that manages to create its own spirit and not bow down to whatever everyone else is doing.

For more on the band, go here: https://www.facebook.com/zifirofficial

For more on the label, go here: http://www.duplicate-records.com/