Bandcamp has stepped up in the last few months ever since COVID-19 to waive their fees the first Friday of each month, which has resulted in millions more money going to the bands and artists. That’s led to a lot of surprise releases and special things that might not otherwise be in our hands as early as they are, and it’s been a cool way to offer support and fill up on new music.

Last Friday, was no different, and there were a ton of great things that surfaced that filled up the app on my phone and I’m sure on many others’ as well. Last week, some of the artists also turned their own proceeds toward causes bigger than themselves and help people struggling right now, be that socially, health-wise, or just financially. Here are three things I grabbed last week that I’d highly recommend to anyone reading this, and all are fairly brief so won’t demand a gigantic chunk of your time.

I think I’ve made it clear in the past how much I love Jason Molina’s music, and I only have my entire right forearm tattooed with artwork inspired by his lyrics. Cavernlight share that love for Molina, who passed March 16, 2013, and they poured themselves into covering “The Black Crow,” the opening track on Songs: Ohia’s classic 2000 album “The Lioness.” The track is complete with artwork from William Schaff, who also provided art for Molina (most notably the “Magnolia Electric Co.” album, recorded in the same room as this cover), and the band offered the song as a free download as to not detract from fundraisers elsewhere, especially since multiple artists on Gilead Media (Couch Slut, Inexorum, Wailin Storms among others) were donating their proceeds elsewhere.

Before we even get into the song itself, it’s important and cool as fuck to note Dan Macadam, who played with Songs: Ohia, performs on this track. The band goes on a sorrowful dirge as the singing is solemn and understated, not trying to mimic Molina’s higher-register croon. It works perfectly as things melt together, and by the time we get to, “I’m getting weaker, I’m getting thin,” the tension begins to rise musically, and the playing begins to pull you under. “And I look down and see the whole world,” stays in that register before howls pound out, “And it’s fading,” as that line is repeated over and over again while the low-end buzzes and the guitars catch fire. Doom smear blackens the song’s eyes, while the track slowly dissolves into ash, proving an arresting tribute to the song’s fallen writer.

For more on the band, go here: https://www.facebook.com/cavernlightnoise/

Old Man Gloom just released two beastly albums last month in the form of “Seminar VIII” and “Seminar IX,” yet they had a few other gems left over that they put out on a two-track collection that raises money for Minnesota Freedom Fund, National Bail Out, Navaho Nation COVID-19 Fund, Communities United Against Police Brutality, and several others. If you’re into the noise-emblazoned records they just put out, get ready to experience that mind melt all over again on this devastating little burst.

“Willing Vessel” carries on the suffocating noise elements as it pulsates over the first few minutes before the bass sizzles with life. Brodsky sings and Newton counters with vicious howls, as both voices are vital toward carrying the track. The song rumbles and bustles before it fades back into a haze of deranged noises. “Storms in Our Eyes” runs 7:28, and noise hovers over and stings the senses, which isn’t a surprise. The track then opens up and gets its legs under it as turmoil erupts, and the calls of, “Upwards! Onwards!” gets the blood moving. The track trucks as Newton howls, “Death awakening, storms in our eyes,” as the playing wallows in the muck before noise returns and pulsates over the last few minutes.

For more on the band, go here: https://www.facebook.com/OLDMANGLOOM/ 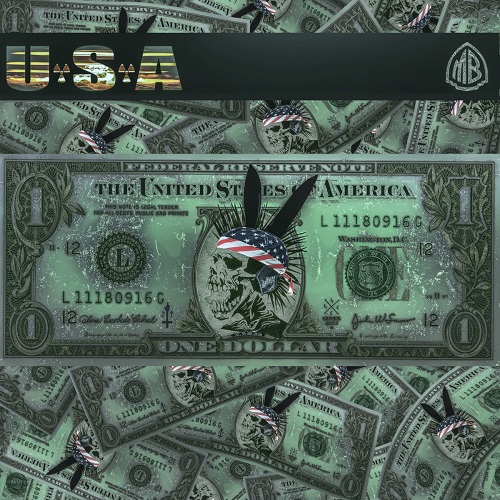 The very wonderfully strange Mr. Bungle seemed like a band that had given us their final shot. Their last full-length “California” landed back in 1999, and vocalist Mike Patton seemed to have moved onto to his multiple other ventures (including Faith No More’s reunion and their great comeback record). Revamped with Scott Ian and Dave Lombardo in the fold, joining Patton, Trey Spruance, and Trevor Dunn, the band played a series of shows together, announced plans to record together again, and finally spit out their first music, a cover of Scottish punks The Exploited’s 1982 burner “USA” from their “Troops of Tomorrow” record. The proceeds from this and an accompanying T-shirt go to benefit MusiCare’s COVID-19 Relief Fund to help those within the recording industry impacted by the disease.

Weirdly, Mr. Bungle’s cover of “USA” might be the most conventional sounding songs in the band’s catalog, but they fittingly add a thrashy edge to their version of the song. Patton’s crazed wails are on display as usual while the rest of the band buzz saws behind him. The rousing, yell-back chorus of, “Fuck the USA!” even has Patton putting a bit of a Scottish edge to it with his delivery, and the group shout backs are righteous and chaotic. The final verse, Patton uses a weird alien effect on his voice to add an element of strangeness before the track comes to a pulverizing end.