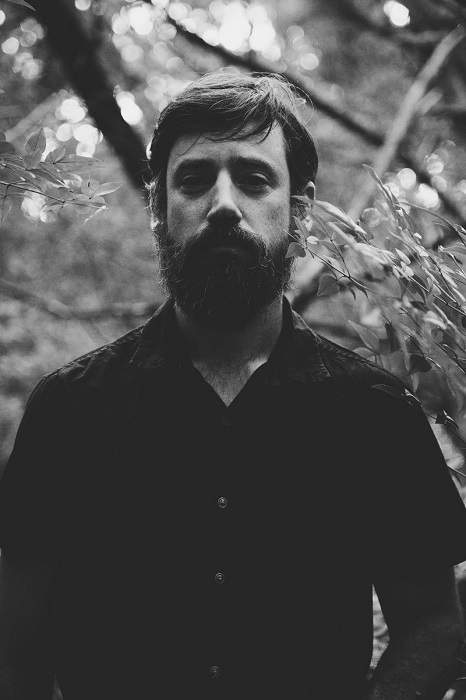 It’s not often I start off one of these things and I don’t really know what to say. Today it’s not because the content isn’t rich enough. It sure as shit is. In fact, there’s so much here, and it is so involved that there’s no real way for me to be concise or cohesive without falling into some weird turn that won’t make any sense and will require me to rewrite the intro a ton of times. Where am I going with this?

OK, Drainbow is helmed by creator/composer Nicholas Sarcophagus who currently resides in Austin, Texas, and whose imagination is so insanely off the charts, it’s what led me to have no real way to set up this record properly. That record is his debut full-length offering “The Tower of Flints,” a seven-track effort released last Friday on Bandcamp and that has twisted my brains into knots ever since then. You can get lost in the events of each song if you follow along with the manic, completely alluring lyrics, and musically, it moves all over the metallic spectrum in such a delightfully chaotic way, you won’t even realize how frightened you’ve become. It’s truly an album that is impossible to set up for someone new to the experience, so you’re better off locking that person up (with their consent, of course) with the music to see what happens. It’s a tremendous adventure, one that should be the enemy of my anxiety but somehow isn’t. 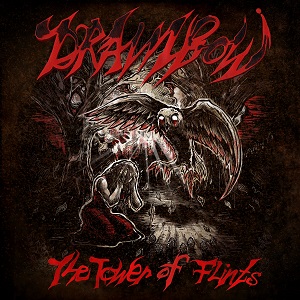 “Funeral for an Imaginary Rabbit” gets this insane beast off to a fitting start with manic laughing that’s met with a synth haze and Sarcophagus’ tremendous singing which is stirring, as he calls, “Do you have any final words before the last handful of dirt?” Guitars fire up as the synth barrels in, feeling like a horror house that rips back into the weirdness as keys zap, and the track races to the end. “Lair of the Night Gaunt” feels eerie as the singing swelters, and the growls churn. The bass work is just awesome as the guitars liquify, and savagery is mixed with mysticism. Guitars go insane as the pace is zany as hell, and the track comes to ambitious end. “The Inevitable Tautology of Defeat” pokes open as fierce growls rip off flesh, and proggy strangeness stomps through. “Dust off your halo, plastic crown of thorns, your eyes are pained,” he calls as the guitars speed along, and wills are crushed. Leads heat up as the soloing slathers, and growls rumble to the abrupt end.

“Fourth Rider” has a cold, cosmic vibe before the guts are kicked in, and the guitars slide and soar, feeling like filthy noir where everyone dies. There’s a strong southern rock rumble that’s tasty as fuck, leading toward 7:59-long “The Death Owl in the Tower of Flints” that starts with birds chirping and the guitars welling in a channel. A poetic recitation opens the tale as the song takes on a jazzy vibe, giving off some Steely Dan smoke, which is a huge plus. The song starts to destroy with cool singing, breezy terror, and a tremendous prog burst that leans into frantic madness. “This is my hour, the hour of my reincarnation,” Sarcophagus calls, barking and snarling as the guitars and synth blaze, and a second recitation brings everything to its end. “Callipygian Hunger” is the longest song, running 11:17 and beginning with keys dripping in and the string glazing, with Sarcophagus deeply singing, “Each night as I lay dreaming down, I dream of offerings on the burial mound.” The pace goes nuts and even takes on some black metal majesty while the pace shifts to more theatrical, and prog-fueled humidity coats your face with heat. Warbled singing and shimmering keys combine as leads bustle and melt, guitars spit fire, and the track works into the stars. “Worm Invasion” is a bonus cut and man alive, is it gross. It’s insanity wall to wall as death growls and smoldering guitars pace the fury, and Sarcophagus shouts, “Wash your hands, motherfucker,” a piece of advice as old as time. Everything is utterly disruptive before the track comes to a neck-jerking end.

I cannot put into human words just how goddamn crazy “The Tower of Flints” really is, yet another spellbinding building block for Sarcophagus and his Drainbow project. This is a record that, if you’re easily pushed to anxiety by music that eats away at your psyche, this might push you over the edge for good. If you’re down with a blood-soaked, parasite-infested journey that’s relentless and insanely fun from front to back, you’re not going to find anything quite like this record and band.

For more on the band or to buy the album, go here: https://drainbow1.bandcamp.com/