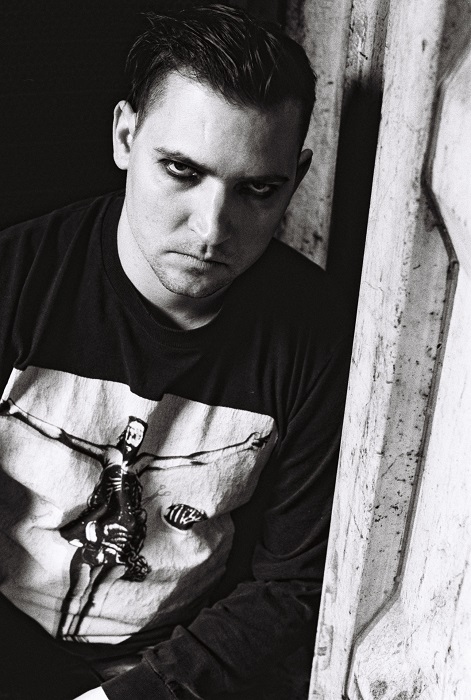 There’s this notion that America in infallible, is just, and is always the force of liberty. If you live here like I do, it’s what you’re taught in schools. It’s pounded into your head, and when enemies of this country lash out, we’re told they hate our freedom, and that America will prevail. Never mind that there are plenty of reasons for parts of this world to despise us, and it’s been that way pretty much from day 1.

So-called patriots will say that sentiment such as that can only come from someone who hates America, which is complete head-in-the-sand bullshit. If you love the place you live, you need to see it for its good and bad, for that’s the only way to address the shortcomings. Dominick Fernow, who you also know from Prurient and Hospital Productions, isn’t one of the people to turn a blind eye to what people see as America’s heinous qualities. Armed with his Vatican Shadow project’s new record “Persian Pillars of the Gasoline Era,” he uses subject matter such as the U.S. overthrow of Iran in 1953, the violence and politics leading up to the Gulf War, and other similar matters to influence and inspire his music, which feels like a strange soundscape pushing you through the hottest terrain on earth. This is an instrumental record, so Fernow doesn’t lambaste you with harsh, critical words. Instead, the music swims over you and creates a dream state in which the arguable largest superpower in the world isn’t the knight in shining armor you’ve been taught and might actually be more of the great Satan than many here believe. Again, criticism is healthy; it doesn’t make you a traitor. 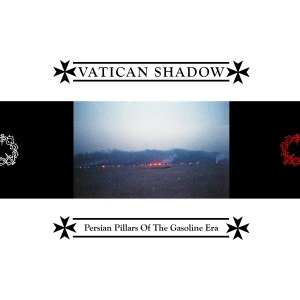 “Predawn Coup D’etat (Schwarzkopf Duffle Bags of Rials)” starts with Fernow creating a dramatic soundscape with precise beats and a sweeping synths gust going into a full sizzle. The music feels like it’s pushing into your brain, penetrating and playing with the wiring before the trash washes out. “Rehearsing for the Attack” has cold synth arriving as it feels like a blue-hued dream swell has taken over, soothing with a haze and beats that bounce off the walls. A mist hangs over as the beats stab out of nowhere while a whirring daze mesmerizes and cuts out. “Uncontrollable Oasis (Real Life Spy Mystery Ends With Scientist Hanged in Iran)” feels like organs bleeding into the atmosphere, opening up a portal into the mind. Beats echo as reality feels like it lifts off the ground and rushes into the sky.

“Taxi Journey Through the Teeming Slums of Tehran” starts as a fluttering storm before an onslaught of clicks and hisses arrives like a swarm, building as it rattles away and loosens screws. Murky synth rolls through the darkness as the melodies swim, and the track disappears into mystery. “Moving Secret Money” runs 10:10, and it begins with elegant keys and a bassline that has a dark wave vibe and acts as the track’s spine. Parts of this come off like something early-era Faith No More might conjure as coolness and anxiety both increase while the pressure gets heavier, and the track eventually dissolves into a mist. “Ayatollah Ferocity (The Refinery at Abadan)” is the 11:58-long closer that starts with a glimmering sheen as the beats pick up and start to storm. There’s a sense of being detached from reality mentally as machine-like penetration wears you down, and the clouds envelope and push. The final minutes are dizzying as melodies create a center and stir, and the track bows out under pressure.

Fernow has an interesting focus for “Persian Pillars of the Gasoline Era,” one that’ll rattle the cages of those who have that bizarre “America’s always right” agenda. The atmosphere he creates with these songs, that Justin Broadrick’s production certainly enhances, makes it feel sonically stimulating and even something you might use to achieve Zen even amid all of the chaos that’s a part of the story. This is an immersive and intoxicating record, and it hopefully will have you poring back through history to get a better understanding of why we’re not exactly universally embraced as a country.

For more on the band, go here: https://vaticanshadow.bandcamp.com/