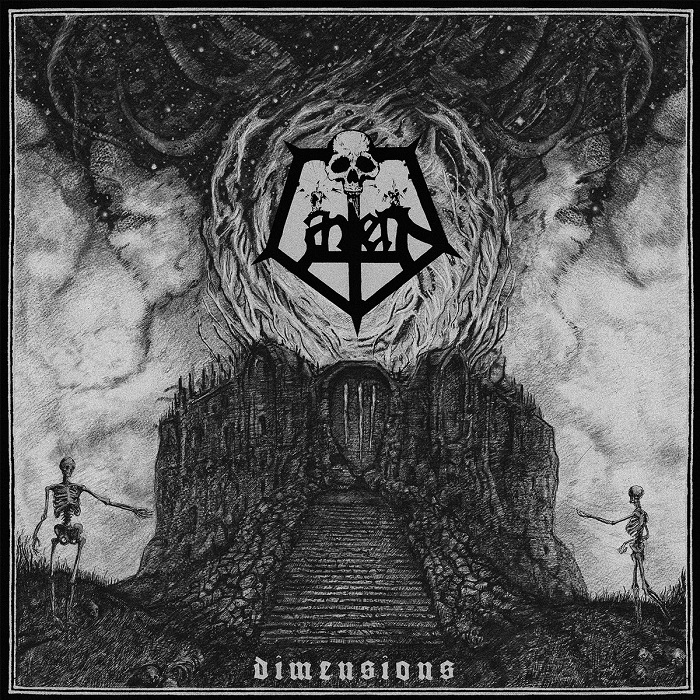 This strange year could only end with a No. 1 record that I didn’t see coming as the one I would enjoy the most during this stretch of 12 months. “Dimensions,” the third album from Finnish black/death metal crushers Lantern, turned out to be that album, and the journey there is an interesting one. Well, to me, anyway. This was a year that didn’t have a super obvious top record for most of the time as more music came in and I did more writing. This beast dropped in July, and its six tracks and almost 39 minutes of run time was one that had a definite impact first few times I heard it. I knew this one was going to have a major impact the entire year, but I never guessed just how big that crater would be. The more I kept thinking about what my top record would be, the more I was listening to “Dimensions,” and the deeper these songs were digging into my psyche, the more I acknowledged what was happening. The band—vocalist Necrophilos, guitarist St. Belial, guitarist/bassist Cruciatus, drummer J. Poussu—managed to make a record that’s obviously quite heavy, but it has so many weird twists and tuns, so many neck-jerk moments that jar you into awareness that it grew on me like no other record did these past 12 months. It’s their best record, and considering I haven’t seen this thing on too many lists, I’m worried it fell under the radar for many. Hopefully everyone else wakes up and realizes what a stunning display “Dimensions” truly is. 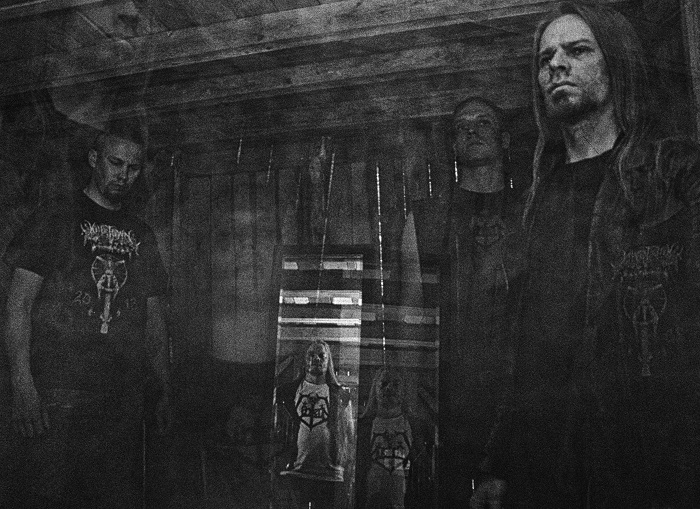 “Strange Nebula” begins trucking right away, piling into crunchy, thrashy playing while Necrophilos’ trademark throaty growls begin to pool blood. “Unleashed from the source, the origin of chaos and death!” he howls while the chorus swoops in where he warns, “Beware the sky!” Finger-tapped guitars usher in a new darkness as the soloing explodes, bones are turned to dust, and the back-end trudges right into the mouth of hell. “Beings” has guitars hanging like a storm as gruff shouts and wrenching guitars team up. A humid heaviness makes its presence felt while Necrophilos declares, “You are one with them!” “Shrine of Revelation” starts in a destructive manner while vicious howls lash at you, and the pace continually adds more fire to its repertoire. Solid soloing emerges and rides through the dark, bringing with it violence and melody that continue unloading until finally subsides. Closer “Monolith Abyssal Dimensions” is a beast at 14:17, yet it doesn’t feel half that long. Dark tunneling gets us into the body of the track where ungodly growls and carving playing brings you deeper into the abyss, while a thrashy assault leads to a blast of weirdness. That works with the wilting temperatures as things slowly work back into punishing order, humid guitars add a level of steaminess, and Necrophilos warns, “Kingdoms, mountains, and times succumb to the dark.” All hail Lantern and their brainy, warped approach to death and black metal, and may “Dimensions” find the legion of bloodthirsty followers it deserves, as it’s a force the likes of which don’t come around very often. (July 10)

For more on the band, go here: https://www.facebook.com/lantern666