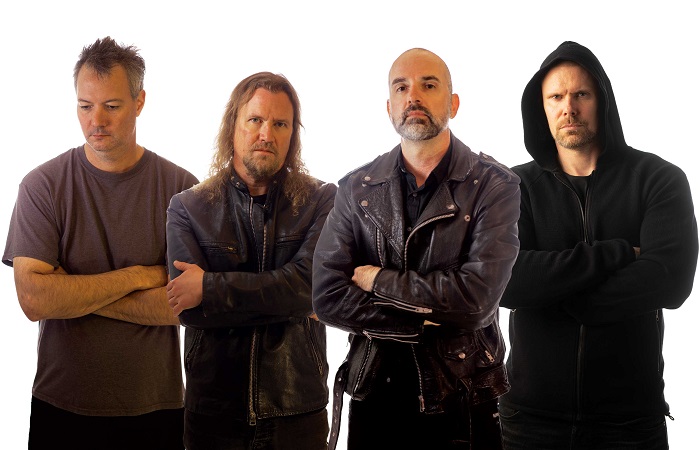 A lot of people are banking on hope right now that the condition in which the world has been thrust will come to an end, and our lives can go back to normal. There’s the issue: We can’t know that normal again. There has been too much damage, too much loss, too much death to ever live the way we once did, so we’d all be better off abandoning that thought and understanding what’s really at stake here.

The member of internationally spread-out doom beasts Culted (three are in Canada, one is in Norway) also were victims to the same types of issues that have haunted the world, and that informs their nightmarish third record “Nous,” their first full-length since 2014’s “Oblique to All Paths.” The band’s members suffered from wounds both physical and psychological as these songs were forming in their minds, and the result is an album like none of their other creations, something so dark and foreboding that even the first listen is a frightening one. Each subsequent visit gets more jarring as each layer opens itself up to see clearer. The band—vocalist Daniel Jansson, guitarist/bassist/keyboard player/percussionists Matthew Friesen and Michael Klassen, drummer/percussionist Kevin Stevenson—also examine the role of temptation, with the cover depicting Saint Anthony who, according to Biblical text, faced that very thing when he fled to the deserts of Egypt for fasting and prayer. Everything here is dark, unhinged, and corrosive, an ugly, yet warped record that reveals a completely different side of this destructive band. 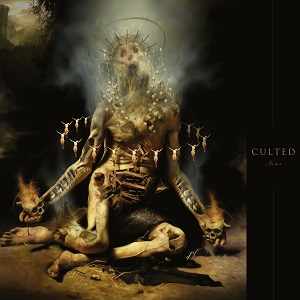 “Lowest Class” starts the record with hypnotic sludge that fills your veins and wild shrieks that rattle your mental cages. The pace is piledriving, heavy and steady, as flesh is peeled back and salt poured in the yawning wound. The track is impossibly crushing, ending in flattened hell. “Lifers” enters in a shadow of noise as the guitars gut, and the playing gets spacious and filthy. The music stabs as it continues to get heavier, bludgeoning and filling your lungs with soot, bursting away in pained cries. “One Last Smoke” writhes in feedback as the playing clouds your head, and the vocals swim in the ether, feeling otherworldly. Massive riffs land blows again as the sound seemingly melts, the roars punish, and weird keys pulsate. “Ankle Deep” is where the record starts a slow descent to the bottom of the sea, feeling moody and crushing, as the growls are buried beneath the earth. The track gets more ferocious as the vocals scorch, and the low end bruises guts, coming to a smothering, corrosive end. “Black Bird” feels like something out of a dream, with acoustics teasing and the guitars oozing. Speaking mars as the sounds get more penetrative, washing in echo and mechanical hell before bleeding out in damage.

“Opiate the Hounds” chars right away as more acoustics set up and add rustic fury, as voices swirl in the air, seemingly around your head. The strange vibes increase and appear to float toward the cosmos while an eerie bloodletting takes the track into the night. “Maze” gets off to a deliberately slow start as feedback is caked in mud, and swaggering doom begins to take hold. The darkness increases and heads for your nervous system as the leads glisten, the riffs slice and dice, and pulverizing tones do more damage as the track crushes through the earth. “Crown of Lies” dumps abrasive howls and crumbling sounds, with the track taking on the role of the beast. Disarming psyche waves chill your flesh as the track is torn apart all over, and crude oil begin to flow, pulling you under. “The Grid” trickles in as sounds sting, and the tempo hulks right into the center of the picture. Atmosphere thickens while punches are landed, the growls eat through your ribcage, and the leads just scorch. The vocals bounce violently off the walls, shrapnel is spat, and the vibe feels like it has come from the spirit world, haunting your dreams. The record closes with an absolutely deadly cover of Godflesh’s “Crush My Soul” that they somehow manage to make more dangerous and abrasive.

The seven years since Culted’s last full-length have allowed this machine to shape and shift, still resembling their former selves but also having a much different edge that freshens up their approach. “Nous” is a record that feels like what it does when you wake up after a night of half sleep, as your brain aches, and it feels like you’re not operating in reality. This is a much different Culted, one with a more violent and psychologically damaging mind frame that can leave you emotionally devastated.

For more on the band, go here: https://www.facebook.com/culteddoom/

For more on the label, go here: https://www.season-of-mist.com/