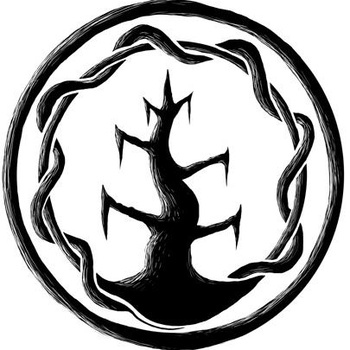 I probably sound like an annoying asshole by now since I’ve said this so many times, but for all the saturation in the metal world, it’s hard to find places, bands, and labels that consistently keep me excited. It’s a lot to ask, I admit, because I listen to a ton of stuff every week in order to make this site go, and having that much music in my ears is bound to result in fewer things sticking in my cranium. Therefore, I complain.

But as noted previously, there still remain a few labels that, when I get their promos and e-mails, I’m still excited to dig right in immediately. Profound Lore, Gilead Media, and the Flenser come to mind immediately, and anything that lands in my inbox or my physical mailbox from any of those outlets get moved to the front of the pipeline, the rest of what I have be damned. Newcomer imprint Broken Limbs Recordings quickly is moving its way up my list as an outlet for thought-provoking, exciting metal and extreme music that keeps me hungry for more.

My first experience with Broken Limbs came via the captivating new Vattnet Viskar EP, a stunning, self-titled collection of atmospheric, woodsy black metal that remains in heavy rotation weeks after hearing it for the first time. Recently, a bunch of new things from the label landed in my lap (uh, in a digital sense), and I’ve already taken time to peruse and dissect most of it. That said, I don’t want to recap all of them here because that would be a lot to do in not that much space, so we’ll tackle two of the releases. The rest will get its time in the weeks to come, believe me. I also thought it would be fun to look at two records that are very much different from each other, giving you an idea of the open-mindedness of the folks at Broken Limbs. That’s always a great sign that we’re in for some unexpected adventures in the years to come. 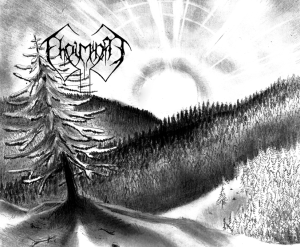 First up are French black metal titans Fhoi Myore, a band that’s doing a lot of good, especially when it comes to enhancing their homeland’s notoriety for producing some of the most bizarre, artistically limitless extreme metal going. The band only has been in existence for four years but in that time, they’ve managed to punch out a few demos, a full-length effort in March, and now their eight-track EP “The Northern Cold,” that Broken Limbs has brought your way. Basically, if you’re still into the second wave of Nordic black metal bands and also like music that makes you want to encounter the occasional ferocity of nature (rain pours in the background of this thing a nice chunk of the time), you’ll probably really like what you hear here.

Fhoi Myore, who appear to have plucked their name from the seven misshapen giants from “The Chronicles of Corum,” look pretty beastly themselves, from the few photos I’ve seen of the band. That matches nicely the primitive, animalistic nature of some of their songs, especially the desperate, shriek-filled vocals. There seems to be a real connection to nature and one’s essence, or at least that how it feels from listening to their music. I don’t have a lyric sheet, so I can only go on what I perceive. There also is a delicious amount of melody underneath these savage servings, from “Orage,” a gorgeously violent epic that twists and turns quite a bit but never loses its way; “Souvenirs,” a song that is fast and intricate for the most part and eventually lets a flush of air into the room at the end; “Miist,” a song that, if you remove the drape of black ugliness, has a catchy, almost approachable spine; and “Forest of Doom,” a track that seems awash in pain. There also is a cover of Ancalagon’s “The Walkyries” and an acoustic version of “Songes Funestes,” the closing cut on their self-titled long-player.

“The Northern Cold” is passionate, well-played, and nicely put together, as it is raw enough but it lets each dash of color come through without being muted by basement filth. Those still dining on the bones of black metal’s early days will find a veritable feast here.

To get the EP in digital, go here: http://brokenlimbsrecordings.bandcamp.com/album/the-northern-cold-ep

To get a limited-edition cassette version of the EP, go here: http://brokenlimbsrecordings.bigcartel.com/product/fhoi-myore-the-northern-cold-ep

All the way on the other side of the room lurks Wholy Failure, a project from Patrick A. Hasson of bands such as Black Chalice, Field of Spears, Avulse, and Auspicium. But unlike the man’s other work, what he does on “Avalon and Everything After” leans more toward ambiance, deathrock, and mopey doom. It’s noisy, often disruptive, and it might make your face jerk now and again, but stick with it. This music will reveal itself to you slowly as you revisit, and while you might not wish to look directly at the scarring, you’ll be intrigued by how such damage came to be.

There are many bands to which Wholy Failure compare. The closest would be the psychologically damaged Wreck and Reference, but there also are hints of bands as diverse as Alaric, Katatonia, Paradise Lost and Christian Death. The effort also nicely is separated into two halves that work well as a whole but also make a lot of sense digested as a Side A and Side B. The first half is a bit dreamier and even poppy in spots. No, not shit bubblegum mainstream, but more like how old New Wave could make you nod along and feel like garbage all at the same time. “Signal Loss” has Hasson sounding a bit like Nick Cave in his delivery; opener “Pissing Match” is confrontational with some guitar weirdness; and “Cold Slow Rain” is a minimalist instrumental that is fittingly named. The second half opens with an emotional, raw, guitar-and-vocals-only “Under Avalon and Embracing Judas” that is incredibly effective; “What Slow Death Awaits By the Sea?” consists of wooshing ambiance and humming drone, and it leads to our killer conclusion, a title cut that sounds like it’s on the brink of death, with Hasson kicking out the catchiest, dankest suicide mission I’ve heard in a long time. It’s also sticky as fuck. Try to stop listening to it on repeat. I couldn’t help myself.

Wholy Failure is a mesmerizing, chilling project that both is and isn’t easy to digest. Musically, it’s unstoppable and powerful, but lyrically and emotionally, it’s open and exposed to the elements, letting the aroma of death choke your nostrils and fill your chest.

To get the album, go here: http://brokenlimbsrecordings.bandcamp.com/album/avalon-and-everything-after