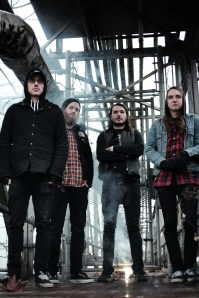 There are people who cannot survive without their smartphones, their tablets, the Internet, cable TV, and a bunch of things that do not exactly guarantee survival and merely help one pass the time. It might help us fight off boredom or do useful research, but we’re not going to die without any of those things. We may want to die without them, but they hardly keep us safe.

But what if you were dropped in the middle of nowhere, with nothing but your human survival skills to keep you safe, and no electronic technology to help you? What would you do? There are people who practice bushcraft, long-term survival skills used in a natural environment that often employ things such as hunting, tracking, fishing, and working with tools to maintain one’s existence. That’s kind of a sloppy explanation, but it’s basically a way for people to survive long-term in the wilderness or in nature or in an environment where all the comforts of home are not available. Not everyone is cut out for it or would be excited to do this, but those who do probably aren’t scared by too many things.

Vancouver hardcore crushers Baptists named their debut album “Bushcraft,” and I’m not sure if there’s a reason why. If they feel they need to have a little something extra, something deadlier to keep them moving through a scene that’s becoming clogged up with a ton of bands, more power to them. Survival of the fucking fittest. It’s also gotten to be quite an effort to stand out on Southern Lord’s label anymore since they’re flushed with so many hardcore, D-beat friendly, crusty bands that I’m wondering if they remember doom metal anymore. Not to be critical. They’re signing who moves them, and to do anything else would not be genuine, so this is what the Lord is right now. Baptists are another band dotting the suddenly flooding roster.

So Baptists must be wily and different in order to make people notice them and to stand out, and they prove to have some neat tricks on “Bushcraft.” Their music is a little messier and mathier than many other hardcore bands, and if they had wound up on, say, Deathwish Inc., they would have been properly placed as well. Kurt Ballou of Converge, produced the record, naturally, and all of his sonic fingerprints are here, and Baptists sound like they really benefitted from having him behind the boards for their debut. If you’re down with bands such as Cursed, Trap Them, and, of course, Converge, you’re bound to find something to like on this record. You know where this is all going.

“Betterment” is the opener and is tied together by steely doom guitar lines, shouty vocals, and strong drumming, and from there you can tell these guys have a different frame of mind than most other hardcore bands. “Think Tank Breed” opens with feedback wail much like Ballou’s noise with his band, and there are chugging riffs and vocals that reek of hardcore punk. “Bullets” is loud and throaty, with menacing growls that bubble up and a slick bluesy guitar riff that pokes a bit at Black Sabbath. “In Droves” is driving and intense, and “Still Melt” is slurry and smeary, with a hint at black metal and vocals that sound inspired by Henry Rollins. “Mortar Head” is speedy, monstrous, and even spacey and weird, which is a nice touch and should be used a little bit more.

“Crutching Trails” blends math into the picture, has some really weird compositions, and the vocals are traditionally hardcore-based. The title track explodes, has tricky guitar, and reveals some of the most spirited vocals on the record. It’s a really awesome song, the best one that’s on this record. “Soiled Roots” is slurry and damaged, with more of the Converge influence sliding back into play, while “Russian Spirits” is fast and explosive, and closer “Abandon” has talky yelling, molten punishment, and a final salvo that ends the record on a pretty good note.

I didn’t mean to insinuate Baptists ape Converge because I mention them so much here. It’s sort of a natural thing working with Ballou and with some of their creative ideas that they would draw those comparisons, but they’re not outright mimicking anyone. As noted, Baptists and many other new bands need to have something different to say and something interesting to add or they’ll just get caught up in a glut of other like-minded bands. Baptists have sounds and sparks that make them exciting and enthralling, and more of the weirdness and cosmic noises would be most welcome. “Bushcraft” is a good record, one of the more curious things Southern Lord have released since beginning their campaign to expose underground hardcore. I’m curious to see how this band shape shifts in the future and what their next record sounds like, and if it doesn’t have new twists and turns not heard here, I’ll be really surprised. I’m guessing it’ll be an even greater exploration into the dark.

For more on the band, go here: http://xdrownyoursorrowsx.blogspot.ca/

For more on the label, go here: http://www.southernlord.com/