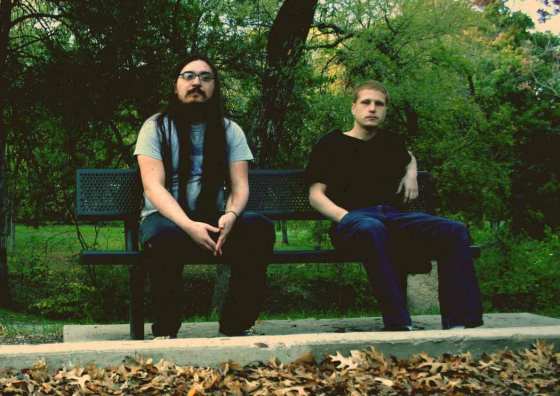 Complaining about the current state of much of the metal scene has become a tireless topic over here, and sorry about all of that, but it’s not likely to change. But considering the feedback I get and that numbers here are growing, perhaps you feel the same way. Too much music sounds the same way, which isn’t good, and there is a lack of spark from so many albums I hear. Where is the passion?

Say what you want about Texas duo Cara Neir, debate what kind of metal they make, figure out if it works for you or not, but don’t question their passion. Holy hell, man, the emotion is overflowing with these two guys, and even if you don’t prefer their style of metal, you can’t deny these guys mean every second, every ounce, and every word. They are explosive, they bubble to the surface with feelings, and it’s nearly impossible not to get caught up in their art and let it overtake you. In all honesty, when I heard this band a few years ago, I wasn’t exactly blown away. But through the sheer force of their sound and, yes, how much they convince you they mean this, they won me over, and I’ve been excited about the band ever since. 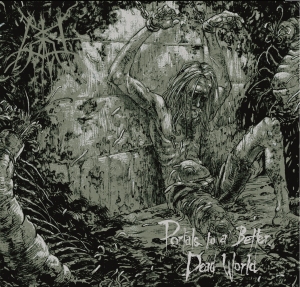 Cara Neir–they are vocalist/lyricist Chris Francis and multi-instrumentalist Garry Brents–are back with a tidal wave of a new record called “Portals to a Better, Dead World.” It is brought to you via joint effort by Broken Limbs Recordings (who put out the band’s killer split cassette with Ramlord) and Halo of Flies (who have given us plenty of crushing ferocity by way of Light Bearer, Cloud of Rats, and their share of the pulverizing new Northless document), and it’s a total ripper. The band typically is labeled as U.S. black metal, but honestly, I hear just as much hardcore and post-hardcore in their sound that I’m hesitant to assign them to that sub-genre. But certainly those strains are there, as well as doom and death metal, so let’s just say they do a lot of things really well. More than you can say for most other bands, right?

Opener “Peridot” follows on a post-metal path, with strong melodies, off-kilter playing, and harsh vocals from Francis. The song then slips into a colorful gallop that ends up in post-hardcore terrain, where explosions of sound dash all over. “Closing Doors” keeps thing working into high gear, with charged-up, speedy chaos, bristling guitar lines, wild, howled shrieks, and chugging violence that spills into hardcore territory. It’s punishing and furious in the best possible way. “Red Moon Foreboding” sizzles with noise, the words are spat out, and this is where the band really settles into black metal territory. The track is catchy and sudden, mauling you like a ton of bricks, and the emotional tumult is so thick, it’s impossible not to get caught up in their storming. Following a clean opening, “Dust Collector” ignites, with more post-hardcore fury, wild shrieks, and some of the most creative playing on the record. The song is fast and punishing, and it’s a fitting ending to the first half of the record.

“Forlorn Love (Henry and Karen)” contains all of the fireworks you’d expect from the title alone, and while the molten fury dissipates toward the middle of the song, it eventually returns to hardcore menace and clubbing playing that brings the song to its end. “Exalting the Shadow Proprietor” runs a little over seven minutes and begins with thick cello that casts a shadow over the piece, then melody bursts from the seams, followed by slower, doom-infested darkness. The vocals go from mean growls to bloody shrieks, and the music totally shows off in a fun, even prog-infused way, making the final minutes of the song blistering. Closer “3,380 Pounds” hits the 10-minute mark and also lets the music branch out and reach higher creative heights. The song has atmosphere, jazzy bits, and more prog-friendly playing, while the vocals are menacing and deadly, never for a second letting you let down your guard. The final minutes explore every reach of the darkness, as dialogue from the movie “Melancholia” plays in the background, and album bleeds out on a psychologically damaged, mesmerizing note.

Cara Neir continue to build on what they do well and keep adding new, more exciting elements to their sound. That’s obvious from what you’ll hear on “Portals to a Better, Dead World,” their best record to date and one of the more interesting, emotionally explosive metal releases of the fall. Fans of hardcore, post-hardcore, black metal, and hell, just metal should find something to love about this record, and if you simply have a burning heart inside of you or chaos that needs to come out, you also might find a kindred spirit of an album.

For more on the band, go here: https://www.facebook.com/caraneir