It’s time for everyone’s favorite regular installment of bands that don’t really sound like how they used to anymore, which often are complete with backlash, claims of betrayal, and other silly things. Look, bands change. People change. Influences change. Directions change. It happens all the time, and to expect every group to sound the same their entire career is unfair to the band and selfish of the listener.

That doesn’t mean you don’t have the right to be disappointed. I have zero interest in this new Mastodon record based on their last two albums and what I’ve heard from the new one. But hey, they’re huge stars now, so their formula appeals more to the masses than it does to me. But there are exceptions. Opeth’s total transformation into prog metal on “Heritage” actually did a lot for me, and while I prefer their death metal days to where they’ve gone now, I still enjoy that album. Same goes for Alcest (and more on this band in a minute) and their latest opus “Shelter” that completely abandons black metal altogether and goes for Slowdive-esque shoegaze. Sure, some people felt abandoned by the sound, but really, the new approach should not have been a big surprise if you followed their path. 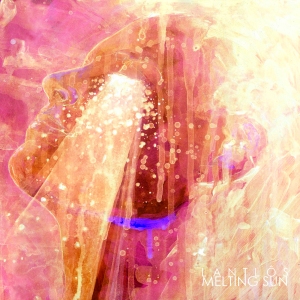 That takes us to “Melting Sun,” the new record from Germany’s Lantlôs, long a pairing of Markus “Herbst” Siegenhort and Alcest’s Neige up until this record. Neige left to continue concentrate on his own band, leaving Herbst to solely contribute his own vocals (though he did assemble an entire band for the record and going forward). That means the disappearance of harsh vocals and the insertion of Herbst’s clean singing that does take a little of time for adjustment. I don’t man that in a bad way. It’s just that when you get used to Lantlôs sounding a certain way, there’s a bit of a shock the first time you go through “Melting Sun.” This is Herbst’s vision alone, and it does move further away from black metal terrain and more toward the gazey, progressive sounds that always were a part of Lantlôs’ sound anyway. And it’s pretty exhilarating to hear, to be honest and quite an emotional listen that could make your mind soar and your heart go with it. I’m sure there will be some backlash from people because it’s not savage enough for them, and that’s their right to feel that way. But I sure don’t share those feelings and really have enjoyed every visit I’ve had with “Melting Sun.”

Each song on the record is given “Melting Sun” and a Roman numeral before their title, so we’ll omit those references the rest of the way for cleanliness. We open with “Azure Chimes,” a song that begins with clean, spacious playing and some pretty great clean singing from Herbst, immediately letting you know things have changed. There are some sludgy riffs and a bit of a doom kick to it, but it’s also dreamy and lovely in some spots. “Cherry Quartz,” the longest cut on the record at 9:40, begins with a flush of air and gorgeous melodies that sweep over you. It feels like a song that pulls you through the clouds and into sunbursts for the most part, and eventually Herbst realizes, “My journey is so long, and I am so small.” The back end of the song gets a little heavier to cap off this journey. “Aquamarine Towers” is the second longest at 8:08, and it starts with murkier waters wafting fog, and the music settling into a slow-moving pace, with deeper singing, and a bit of a goth feel. The music opens up again, with heavy gushing and dreamier vocals, taking the song to its finish.

“Jade Fields” starts with a low rumble and guitars trickling over top, and once it reaches it emotional peak, it’s pure metalgzae. The lyrics are emotional and could grip your heart, with Herbst singing, “Let me go, don’t feel sorry,” as if he wants you to let him float away to the afterlife without regrets. Toward the end, the music gets more adventurous and prog-fueled, giving this one heck of a surprising conclusion. “Oneironaut” is a frozen, ambient-rich interlude that is full of gentle chimes and the feeling that you’re looking at the world from underneath stream water. Closer “Golden Mind” is gentle and serene throughout, and it kept making me think of flying over a lake, letting the wind whip me as I look out over nature. The song is blissful and full of washed-out vocals, and the whole thing finally drowns out in a haze of noise, like it’s giving you a logical finish to a dream that has gripped you all night long.

Herbst clearly is following his own path on “Melting Sun,” and it’s an adventurous, colorful trip that’s like nothing else in the Lantlôs canon. What he trades in metallic skullduggery, he makes up for in his dream-inducing compositions and heartfelt songs that could grip you and sweep you away. It’s a really strong record that should begin to carve out a future for Lantlôs that appears limitless. That’s a pretty exciting thing to behold.

For more on the band, go here: https://www.facebook.com/lantlos

For more on the label, go here: http://www.prophecy.de/