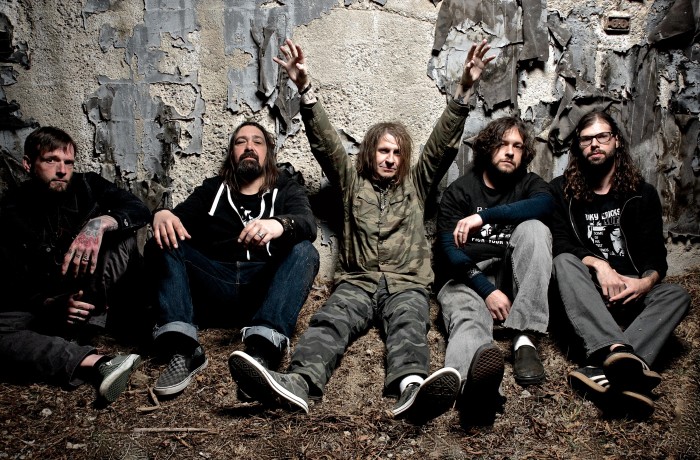 Metal bathes itself in destruction, both literally and figuratively. Of course, the sound is heavy and the thematic elements often are doused in punishment and death, but so are many of the lives of the people who play this music. That’s often the reason the music is so compelling.

The fact that we have sludge/doom legends Eyehategod still with us and operating is something of a miracle. This band has been tested like few others, as they have faced personal issues, drugs, arrests, and every bit of chaos one could imagine having to endure. Last year, the group was dealt yet another blow when longtime drummer Joe LaCaze passed away due to a respiratory ailment. Likely no one would have batted an eye or been the slightest bit shocked if the band decided to put their nearly 30-year legacy on the shelf and devoted their attention to the members’ myriad of side projects or just their own lives. But here we are in 2014, 14 years after their last full-length “Confederacy of Ruined Lives” dropped, with a new, self-titled platter that should more than please longtime devotees. 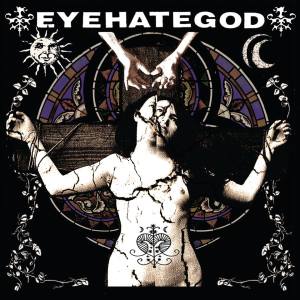 Despite having such a storied history and a number of split, DVD, and other smaller releases, this is only full-length number five for the NOLA warriors. They’ve remained active and have toured, tackling demons along the way, and this new platter fits right in with their most noted work, 1993’s “Take As Needed for Pain” and 1996’s “Dopesick.” The band is in fine form, sounding strong and formidable, and singer Mike IX Williams (also of Corrections House, Outlaw Order) is as pissed off, passionate, and coherent as he’s ever been, making it a filthy joy to hear his work on this record. Along with him are guitarists Jimmy Bower (Down, ex-Superjoint Ritual) and Brian Patton (Soilent Green, Outlaw Order), bassist Gary Mader (Outlaw Order), and new drummer Aaron Hill, though LaCaze was able to finish the record’s drum tracks before his untimely passing. That’s a great final testament for him, and he’s an absolute force on this album.

“Agitation! Propaganda!” kicks things off with a punk-fueled rage that gets to those Black Flag comparisons right off the bat. Williams’ screams are bile-filled and nasty, and the rest of the band backs him up with attitudinal aggression. They could not have gotten off to a better start. “Trying to Crack the Hard Dollar” is up next, with feedback leading into a doomy pace, the vocals coming out gnarly and throaty, and the band hitting an awesome Southern-friend swagger, something to which they return often. “Parish Motel Sickness” is cold and uninviting at first, but then that bluesy demeanor returns in full, with Williams howling, “It takes a life of its own, it takes its own life!” The song is sludgy, heavy, and unhinged. “Quitter’s Offensive” has gruff screams and shouts from Williams that sound spat out, and the band gets thrashier, especially the guitars that whip a storm of a frenzy. “Nobody Told Me” opens in a cloud of noise, with a blues-fed groove back for more punishment. “Climb the walls!” Williams howls, as the rest of the guys hit onto a thrashier sequence and a killer guitar exchange that takes this thing out on a fiery note.

“Worthless Rescue” has more swampy vibes, but it gets down in the dirt as the song goes on, with filthy playing and grimy vocals to match. “Framed to the Wall” is charged up right from the start, as they let things boil over, with the punk vibes returning and the music sent into a rage. “Robitussin and Rejection” sounds as messed up as its title indicates, with Williams shouting, “Staggering backward,” as if he’s reliving some old war tales, with menacing, humid music giving his delivery even more weight. “Flags and Cities Bound” is the longest cut at 7:11, and it’s full of Williams’ dark poetry, some simmering heat, and truly thought-provoking work before it meets up with thunderous guitars and a more sinister pace. Williams unleashes his howl once again, with LaCaze’s drums absolutely demolishing everything in sight and dousing gasoline on this already blazing heap. “Medicine Noose” is doomy and has a proper bluesy strut, while closer “The Age of Bootcamp” gives the record a perfect conclusion, with Williams howling a diatribe of one-word shouts such as, “Hammer! Sickle!” that makes him sound like he’s assembling a weapons list. The song is confrontational and wailing, and the whole thing fades out into a bath of chaos that lets everything melt down to the ground permanently. If the hairs on your arms aren’t standing after this is done, you’ve either shaved your arms or you can’t feel anything worthwhile.

Having a new Eyehategod record in 2014—and a ridiculously awesome one—is a gift to all metalkind, and this self-titled opus was worth the 14-year wait. It’s great to hear this band hitting on all muddy cylinders all these years later, after all the tumult, and they deserve to have this album be remembered as one of their greatest triumphs. Because that’s what it is.

For more on the band, go here: http://www.eyehategod.ee/

For more on the label, go here: http://www.thehousecorerecords.com/