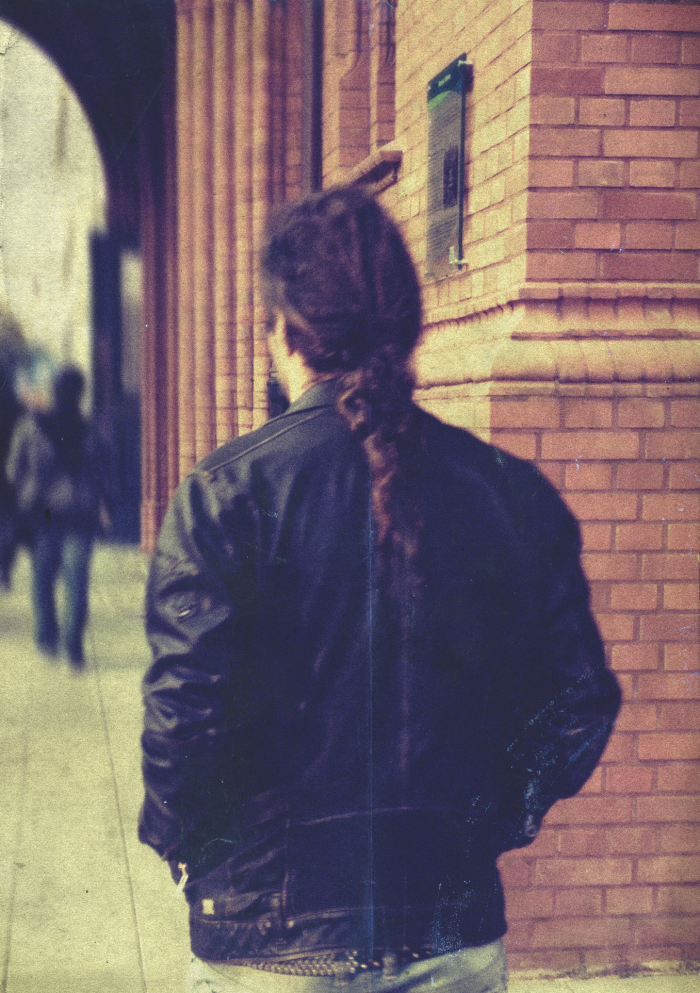 There are many benefits to indulging in doom. First, it’s one of the finest forms of heavy metal, and considering the roots of the stuff, the actual seeds that got everything started. Second, it’s the one sub-genre of metal that truly understands your darkest, most deep-rooted sorrows and frustrations and actually spreads them out in front of you to confront. That’s a good thing, by the way.

Registering on the darker spectrum of doom come Mexican maulers Majestic Downfall, a band that’s gotten a hell of a lot done considering they won’t even reach their 10th anniversary until next year. Taking on their death-informed, black metal-tinged doom is akin to seeing everything that’s ever upset you or haunted you spilled into music form. They don’t fear putting forth everything that gets in the way of their happiness, and over four full-length efforts now, they managed to get a stranglehold on presenting the stuff and dragging you deep down below with them. Their latest opus, “…When Dead,” is more of the good stuff, with dark, treacherous epics built into the framework and a presentation that will bring out of you the mournful, sorrowful things you often choose to keep bottled.

Majestic Downfall is the brainchild of Jacobo Córdova, who you likely know well as guitarist Mr. Jacko from Zombiefication and who has poured himself into all four of this band’s record with vocals, bass, keyboards, guitars, drums, compositions, concepts, you name it. However, when the band plays live, they expand to a larger set. Ever since their debut in 2006, Majestic Downfall have been making gut-wrenching, heavy doom that gets inside you and infects. After a demo and split, the band released their first full-length “Temple of Guilt” in 2009, pretty much following an every-two-years release pattern with “The Blood Dance” arriving in 2011, and “Three” surfacing in 2013. Now, two years later, we get “…When Dead,” itself a cataclysmic, emotionally powerful record that requires your patience for its 53 minutes but rewards you with a damn well-played, nicely executed record that seems to be flying under the radar this year when it comes to doom releases.

The record begins with the instrumental title cut, a song that chugs but also feels drizzling, with dark melodies arriving and textured guitars setting the scene and leading you into gargantuan 16:01-long “Escape My Thought.” The track starts smashing from the start, with punishing guitar work, gruff growls taunting you, and lurching playing ensuring you’re dragged along with them, whether you accept the journey or not. Deep gurgling howls are emitted, as the song appears to hit its emotional apex, and as things begin to slither again, the tones get even murkier. Some quiet arrives, allowing a brief reprieve, and then everything bursts anew, even speeding up a bit, with the final vocals and guitar playing smearing the heart. “The Brick, the Concrete” starts its 11:43 run muddy and crushing, with the hammer being laid down with severe force before returning to swampy crawling again. From there, the pace goes back and forth from violent to drubbing, giving you time to breath before launching into another assault, and by the time Córdova howls, “My life in pieces!” you’ll be wondering if you have a few more cracks than you first realized. Heavy stuff.

“Doors” has a different feel at the start, leaning a little into deathrock with its liquefied guitars, moody melodies, and hushed singing. The track then hits heavy waters, with the devastation injected into the mix and weird, swirling parts keeping your head spinning. The song then takes on some post-punk bends, with whispers wafting in, before everything goes into total mourning. The band mashes you, making you feel every blow, before the final moments return to guttural savagery. Closer “The Rain of the Dead” sends chills up your spine right away, like you’re being drenched in a late-autumn downpour with not enough layers to protect you. The vocals gurgle beneath the surface before the thing is torn apart and the band begins to thrash you as powerfully as anytime in their entire catalog. Things really turn raucous, which is surely going to sound even more impactful live, before the back end sifts back into darkness, hazy, weeping keyboards, and one final surge of decimation to put the perfect bloody end on this emotionally challenging listen.

Majestic Downfall not only have been consistent in their output, they’ve pretty much kept the dial right at psychologically agitating. “…When Dead” certainly doesn’t have even a glimmer of hope, as the worst, most desolate feelings are driven to the surface. Not every day is a good one, nor should they be, and not every emotion you feel will uplift you. Majestic Downfall known that all too well, and they have five crushing songs here to prove to you that they understand darkness as well as anyone.

For more on the band, go here: https://www.facebook.com/majestic.downfall

For more on the label, go here: http://www.pulverised.net/