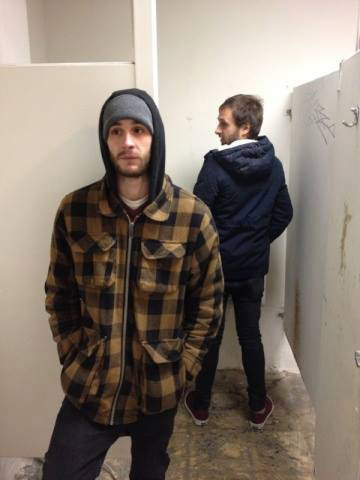 In the old Robocop movies, the Mediabreak spots used to promise, “You give us three minutes, and we’ll give you the world.” It’s a smart suggestion knowing that people’s time is precious and that they want to get a full serving of everything they need to know in as little time as possible. Especially about the Robocop. I can’t stress that enough.

That idea doesn’t always transfer to metal, though. Typically you’re in for a good 45-minute, one-hour trip that takes ups and downs and devastates you with a nice, generous helping of sound. Not all bands operate that way. Take Nails, for example. They have two full-length efforts to their name, combining for about 22 minutes of music total. Hell, Gridlink, who just wrapped up their savage run, also had a knack for short records over in as much time as it might take you to shower. Um, depending on your showering habits. Well, out of that line of thinking comes new grind duo Clay Davis (naturally a reference to the corrupt state senator on “The Wire”) with their tremendous, ridiculously compact full-length “B.C.G.C.” that blasts you with 10 tracks that last about 11 minutes combined. You don’t have time for that? Who are you, the president? 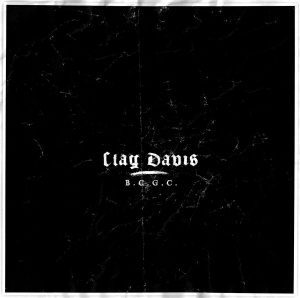 Clay Davis, who are comprised of bassist/vocalist Thor and drummer/vocalist Mike, play a smothering brand of grindcore and powerviolence, and as indicated, they don’t waste their time trying to be pretty or weave long epics in order to get their point across. You get bludgeoned about the head and torso with these tracks, as they try to do whatever they can to draw your blood. Grimoire is releasing “B.C.G.C” digitally and on cassette, while the vinyl (a 7-inch, seriously!) will be drummed up by Fake Crab Records. Either way you go, be prepared to get mauled in a stupidly short amount of time.

Much of this record flows into each other, making it feel like one large whole, so that can help the track count blow by before you realize it. “No Crew” starts off blistering and punishing, with Mike and Thor trading off vocal duties and mixing deep growls with wild shrieks. That’s a commonality about this whole album. That spills into “Vacant Block” and its wild feedback whir, sludgy pounding, and authoritative vocals that totally command. “Hooker Money” has an old hardcore feel to it, especially with the vocal barks, while it also digs deep into thrash, heading right into “Poser Disposer” that actually simmers more into doom pools. Of course it eventually rips open, with the vocals menacing and the pace flattening. “Hollow Chest, Empty Nest” blasts by in no time at all, with wild howls and terrifying violence.

“Roach” changes things up a bit as it crawls by slowly at first, letting them stretch out and choose their shots. It’s 56 seconds of barbarian shit, dealing massive punishment and just about humiliating you. “Hit With a Brick” is aptly titled, as that’s what you’ll think happened to you once it’s over. It’s muddy and heavy, with death growls bubbling, the song later erupting, and yelling and shrieking blending together. “Six Stitches” has deep, belchy vocals, making it sound like blood and mucus are being gurgled, while the band hammers ahead with pure brutality. “Trench Mouth” is fast and fiery, feeling like the music is going off the rails and out of control toward the next unfortunate target. Finally, we get to the “epic” of the bunch, the 2:30-closer “Construct of Ruin,” which is thrashy and shifty. The aura here is grim, with the music going the calculated, clubbing route and the back end getting a noise-glazed finish that will have the room spinning on you, as every muscle in your body challenged.

If you don’t have time to take in Clay Davis’ “B.C.G.C.,” then seriously, consider taking some vacation days. Clearly you need to breathe a little more. This record smashes and smothers over its 11 minutes, and it’s a nice portrait of grind that doesn’t take itself crazy seriously and just delivers what it needs without the unneeded bells and whistles. This is perfectly dosed grind, and it’ll tear off your head.

For more on the band, go here: https://www.facebook.com/ClayDavisGrindAssault

For more on the label, go here: https://www.facebook.com/GrimoireRecords