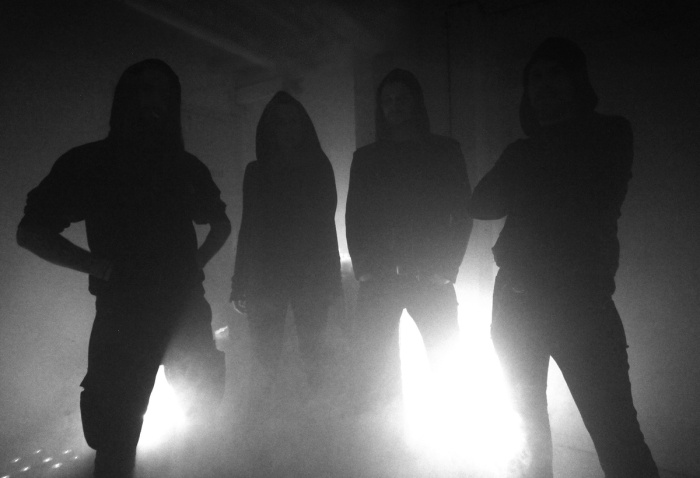 I was out walking in the sun the other day, amid temperatures that were just about perfect, when it dawned on me that these days are numbered for the year 2015. It will only be a couple of months until the chill returns to the air and days of damp coldness return to our region to choke out all of the fun, warm days.

It was with that thought in mind that I dissolved into “Course Hex,” the debut full-length from German force Kalmen that just recently dropped into our hands. Talk about a cold, dreary, overcast album, the perfect kind of thing that could soundtrack walks through piles of damp leaves as cold winds cause your lungs to choke. The band’s hefty mix of doom, post-metal, black metal, and heavy drapes of darkness combine to make something heavy and imposing. Yet, along with all of this, comes a pretty rich atmosphere. The cold autumn is not to be feared, after all, and some of the cloud formations and sky colors of that time of year can be breath-taking, which this music made me remember. Weird to say here at the beginning of August. 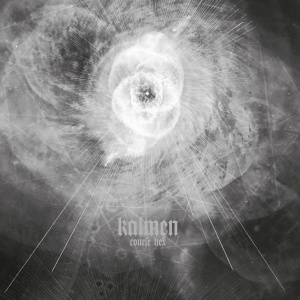 This band formed out of the scrapes of Down in Shades, and its ranks boast bassist/vocalist Marc, guitarist/vocalist Thomas Schmidt, guitarist Jana, and drummer Orpheus. Kalmen have been together about six years now and initially offered an introductory demo way back in 2011. Not sure what’s gone on in the interim, but the band grouped together to create the stunning “Course Hex,” a six-track, nearly 44-minute debut that’s hefty, adventurous, and cold. In fact, the record’s so impressive it caught the ears of the esteemed Van Records, who are releasing the album to the masses.

“Sol Devina” begins the record mystically, with a gazey pocket of sound that eventually breaks open and unleashes the elements. Vocals are initially howled, later turning into grisly growls, while the melodies surge until they meet a blast of savagery. That hellish strikes eventually subside, leading the song back to the front again. “Gizeh” has a burly opening, with colors infused into the song and scary growls firing hard. The song then hits a calculated pace, as the band takes its time stretching muscles, with the mood growing darker and murkier. Doomy moments land, with the vocals smearing and the song coming to a shadowy conclusion. “My Soul Is Black” starts to bubble to the surface, trudging hard with the vocals delivering force. Dark riffs roll underneath the thing, landing in muddy, sticky terrain, before the track spirals off into the cosmos.

“Katharseas” is quite the journey, as it begins mesmerizing and causing you to do the thousand-yard stare, before they bring you back to reality with menacing shouts, agitated playing, and a heaping dose of fury. The playing feels fluid, with the guitar work extending and covering great amounts of ground, traversing where they please, with the final minutes landing bruising death blows. “Naitrider” is the longest cut at 11:29, and it’s a massive one, starting with black metal-style guitars pouring down, leading into murky, choppy seas, and letting guttural cries be unleashed. The song gets hypnotic and infectious, with the noise dashing you, cosmic hiss stabbing, and the pace stomping through the mud. At times, my head was swimming listening to this thing as I got caught up in the massive crushing, spellbinding melodies, and spacey finish. Closer “- -“ is a brief instrumental epilogue full of cold, trickling melodies, making it feel like you’re sinking to the bottom of the dark sea, never to rise again.

Kalmen’s debut is a strong one, and considering this style of music goes down pretty easily with me, I’ll be sure to follow their path wherever it takes them. “Course Hex” is an impressive, atmospheric record that has plenty of substance, energy, and imagination, and it’s something that’s going to stick with me long after summer passes and I’m drowning in layers trying to fight off the chill.

For more on the band, go here: https://www.facebook.com/Kalmen.doom

To buy the album and more on the label, go here: http://www.van-records.de/