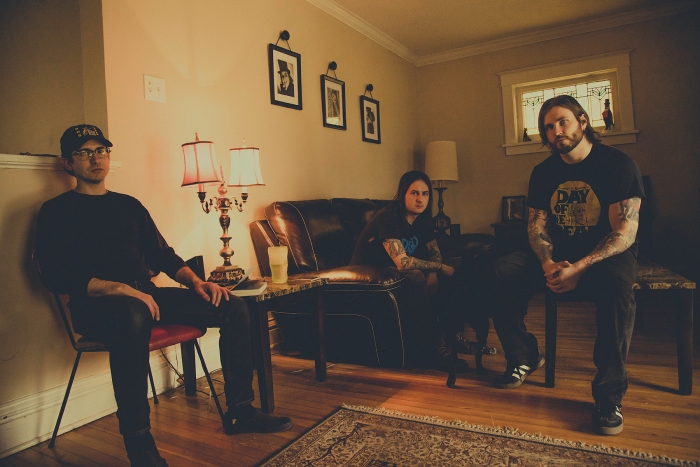 One of the most dreaded moves in professional wrestling for the longest time was the piledriver. You don’t see it quite as much anymore, what with brain health and concussion protocols a major part of trying to keep performers safe. And there’s good reason for that. But at a time, there was no more crushing way to end a match than to drive your opponent’s head square into the mat from an upside down position.

I mention that because every listen I’ve had so far to The Lion’s Daughter’s second record “Existence Is Horror” has made me think of that long-celebrated finishing move. The 10 tracks pound you over and over, almost as if you’re taking one piledriver after another. Once the blow has been administered, you’re made to lie there, grasping at your neck, watching the room spin, and wondering when the pain will subside. The band’s destructive sludge tendencies are massive and well played, and the way they go about their business indicates they have no interest in falling with the pack of like-minded bands. They’re progressive and interesting, and their slight twinge of hardcore (intentional or not) keeps them a little meaner and punchier than most. 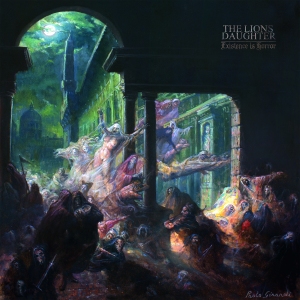 The Lion’s Daughter have been around nearly a decade now, forming in St. Louis and issuing their first EP “The Forgotten Masters” in 2011. Their first full-length “Shame on Us All” landed four years ago, and since then, they’ve put out a collaborative piece with Indian Blanket and a split with Nights Like These. The group is a three-headed beast comprised of guitarist/vocalist Rick Giordano, bassist Scott Fogelbach, and drummer Erik Ramsier, and their work here on “Existence Is Horror,” their Season of Mist debut, should put them in good company with folks into bands such as Tombs, Neurosis, and Mastodon’s earlier work.

“Probator” opens the record and is basically an intro piece, with noises pulsating, guitars beginning to chill, and horrified screams in the background. “Mass Green Extinctus” then punches its way right through, with furious growls unleashed, muddy stampeding, and some howled singing later in the song to add more abrasion. “Nothing Lies Ahead” has a liquidy opening, feeling weird and disorienting before it truly gets moving. From there, the clobbering begins, with meaty growls, the band ramping up a chugging energy that’s infectious, and some dizzying melodies intertwined with mind-altering noises. There definitely is a psyche element to this band, and this is one of the first times that becomes clear. The track ends with a thrashy burst and paves the way for like-minded “Dog Shaped Man,” a gargantuan, monster of a cut that has guitars firing and crunchy punishment that forces you face-first into the mud. “Four Flies” bursts out of light, with riffs churning and off-kilter melodies blasting you. Psychedelic noise wafts over and disorients, and gruff singing and violence surges before it trickles away.

“Midnight Glass” swelters as riffs spiral and howls cause bruising. The music gets meaty and thrashy, with the hardcore feel blowing into the room, and the bulk of this thing is just heavy as hell. “The Fiction in the Dark” is another instrumental that unloads noise wails and sounds sizzling. The guitars open up and begin sprawling, and strange, foggy melodies roll into “A Cursed Black End” that stymies right away. The band takes its time doing its damage here, with riffs firing over top and the track heading into muddy glory that feels battle tested. “They’re Already Inside” has an alien ambiance to it, almost like it’s trying to re-program you, but then it fires up and hits a calculated, vicious tempo. Again, psyche notes glimmer, but it’s mostly a beating. The closing title cut is riffy as hell, and the vocals are devastating. The guitars begin stabbing, while cleaner singing settles in before that switches over to full-blown howling. The guitars pretty much dominate as the song reaches the home stretch, as the band obliterates with precision and calculated might to ensure those wounds stick with you for a while.

The Lion’s Daughter certainly are vicious and calculatingly brutal on “Existence is Horror,” and they make good on making that album title count and have maximum impact. The band has solid chops, writes compelling songs that get in, destroy, and get out, and have all the potential in the world to be smashers for years to come. They may not leave you a concussive mess literally, but mentally you’ll feel like you were dumped on your neck and left to suffer.

For more on the band, go here: https://www.facebook.com/thelionsdaughter