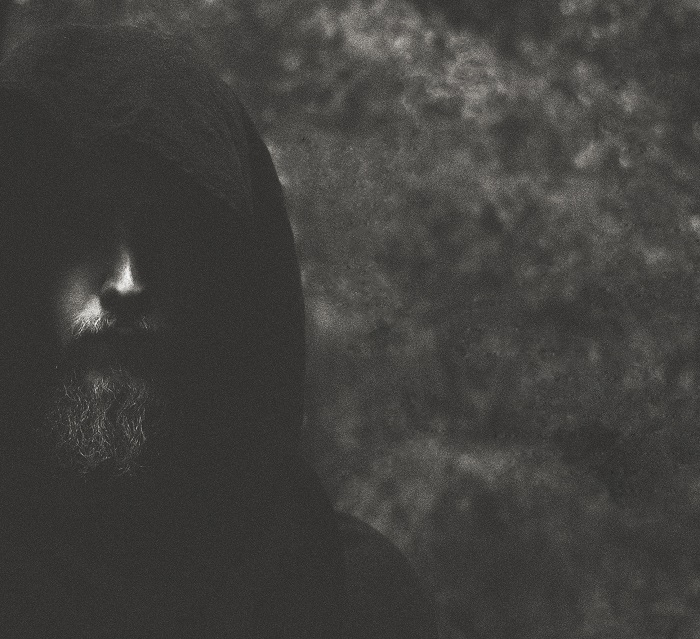 It was a strange weekend of reflection as I was writing this. My town was enveloped with snow and ice, so much so that we were trapped at home for a good bit of the weekend. Living where we do, we’re not terribly close to the heart of nature, being in the middle of a suburb. But I felt like as the snow fell and the streets and homes were encased, I longed to be in the middle of trees and natural wonders.

I got the same feeling from immersing myself in Forndom’s debut record “Dauðra Dura,” a seven-track album that feels like being in the center of a forest. This band is the brainchild of multi-instrumentalist L. Swärd, and his atmospheric, stunning world mixes folk, ambiance, and ghostly chants in enrapturing fashion. If you find yourself wanting to walk right into a frosty woodland as soon as you sink into these songs, then you’re in the same place I’ve been with each visit. Swärd pays homage to Scandinavian folklore, mythology, and nature, giving you a deep drink of what from his Swedish homeland inspires his creation. This record, the project’s follow-up release to last year’s “Flykt,” will have your head swimming and your senses pulsating as it connects with your and Swärd’s surroundings. 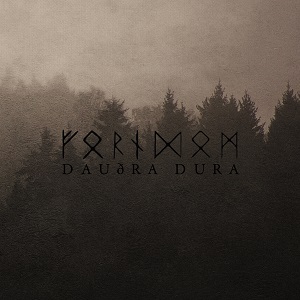 The record opens up with “Nio nätters led” that has acoustic guitars bubbling up, folkish chants emerging, and a haunting, woodsy feel to the music as it flows toward you. The emotion is evident, and the spirit of the track you practically can reach out and grasp. Low chants and ambient rumbles are the first things we hear from “Den grymma hästen,” as thunder cracks and guitars begin to jab. Hushed group singing hums, with all elements pushing and slithering to the end. “Resan” simmers in its pot, giving off thick steam and sweltering in its own juices. A single voice calls out wordlessly, sending chills down your spine. “När gudarna kalla” lets darkness waft, as the strings begin to stir, and chanted calls rise up. Horns erupt like a lone call in the wilderness, and doom arrives, bringing with it a thick, impenetrable fog.

“Svitjod” is the longest cut on the record at 5:56, with drums being tapped and a misty atmosphere taking hold. The guitars are gazey and create frost, while the strings scrape and a dark, forestal feel emerges. The track feels like the soundtrack to a short, dark film, and it doesn’t let go until it finally subsides. “Jag vet ett tempel stå” has drums leading into the mire and eerie noise smothering. The melody haunts, while weird and hypnotic sounds swirl, and a strange calm pushes the song into the night. Closer “I Hels sköte” brings in another wave of chants, as the noise swells and later feels like a washed-out fever dream. It seems like you’re ensconced in a strange vision, the space between awake and asleep, with the singing having more force and greater clarity, and the final moments bleeding away for good.

If you’re seeking brutality and decibels, Forndom might not be for you. This music is calmer but riveting, beautiful but stimulating, and it gets into your bloodstream and through to your soul.If you’re hoping for something to fit alongside your Wardruna and Ulver records, Forndom should satisfy that hunger. It’s a strong piece to have with you next time you plan exploring your own neck of the woods.

For more on the band, go here: https://www.facebook.com/Forndom

For more on the label, go here: http://www.nordvis.com/

One thought on “Forndom’s debut ‘Dauðra Dura’ centers itself in the heart of Scandinavian nature, folklore”