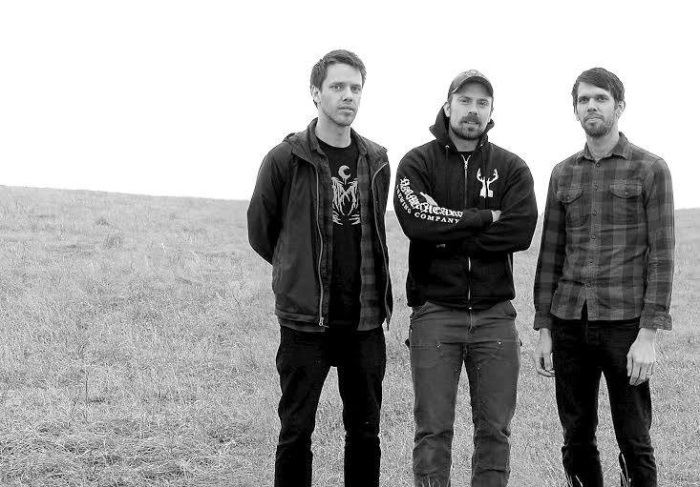 As we writers work our way through a calendar year, music here and there pops up and makes us think it’s worthy of year-end praise. Yeah, it’s only April, but that’s already happened a few times this year. It happened again with the record and band we are discussing today, which I had been anticipating pretty heavily.

Woman Is the Earth is not a household name yet on even the underground level. That should change—it better change!—with the release of their amazing fourth record “Torch of Our Final Night,” their most expansive and best album yet. And that’s saying something considering they’ve been making great music for the better part of a decade now. But this one is the proverbial game changer, as much as I detest that saying. It’s WITE bursting out, expanding their thinking, and expressing their inner fire in a way that demands these guys be mentioned as one of the best U.S. black metal bands. I don’t mean just mentioned by jerk internet people like me. I mean by everyone. If you listen to black metal, or even heavy music in general, this band will open your eyes to new horizons, and you’ll never look back again. 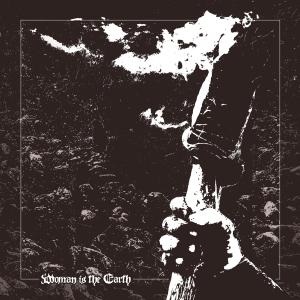 WITE’s sound certainly can be labeled atmospheric, as the rich melodies cascade over you like a stream and can make you think of adventures in the outdoors. But that’s not necessarily in a forest, like so many bands. This music made me imagine this as a soundtrack for my own adventures later this year, when I take a car ride down the eastern seaboard, through farmland, and eventually to the ocean. Even dark suburban evenings when the sun sets and streaks the horizon in orange. Perhaps that’s a little misplaced from this band’s South Dakota setting, but it’s where my head went. The music is mighty, emotional, obviously informed by the band members’—Jon Martin (drums, vocals), Andy Martin (guitars, bass effects) and Jarrod Hattervig (guitars, vocals)—surroundings, and the perfect medicine for giving your heart and immediate jolt.

The record begins on “Triumph of the Sun” with clean guitars dripping, opening into a spacious sky, and those colors mix into “Brother of Black Smoke” that lets riffs rivet and surge. Harsh wails begin to flood, following along with the energy of the song and things later getting gruff. Calm arrives, as the melodies trickle through, letting other textures bleed over, and then the burst happens, with the song glimmering with life, the guitars leading the way, and an atmospheric deluge splattering. The song gushes over its final minutes before trickling toward its end. “Broken Hands” has guitars burning, harsh growls blistering, and a punchy tempo that’s both oxygen-infusing and mangling. A sequence that boasts a proggy headspace takes over, feeling spacey and warm. A pace that seems to take its time eventually erupts, with leads feeling like they’re becoming sunburnt, and effusive melodies and rustic acoustics driving the track into the stars.

“Sorrow and the Floods” begins punchy as hell, with rich guitars setting the pace, and, like so many other places on this record, the melodies rushing to the surface. A storm front of shades and tension hangs over and pelts the ground, while gritty, harsh howls rain down, and the soloing shimmers. As the track winds down, the playing robs you of your breath and thrashes away. The title cut then arrives amid a flurry of riffs, some cold synth sending chills, and a momentary gasp of air before the song explodes. The vocals are fiery, sending you into a thick fog, while the band unleashes musical ice pellets, feeling cold, yet calm, the perfect setting for a blaze. The guitars bring that, as do the goth-infused keys, and every element, including the monstrous growls, sends you catapulting toward its end. The record concludes with “Lungcrusher,” a track that simmers in an acoustic haze, quietly leading into the body of the song, and shoegazey guitars smear its massive honey sound over everything. You can’t help but swell with the same feelings the band pours into this song, with the tone getting moodier, and the waters continually building. Wordless harmonies push, the chaos blends into chilling synth, and the cut disappears into the night, running off with your heart and soul.

Woman Is the Earth’s true arrival is now, nine years into their run as they deliver the most affecting material they’ve ever written. “Torch of Our Final Night” is what a metal record should be—full of heaviness, passion, heart, and guts. It’s one of the best things to come out in this early year, and our thinking is when the snows return as we’re looking back on 2016, this record’s going to be right up there for discussion about the year’s strongest music.

For more on the band, go here: http://www.womanistheearthband.com/

For more on the label, go here: http://www.initrecords.net/