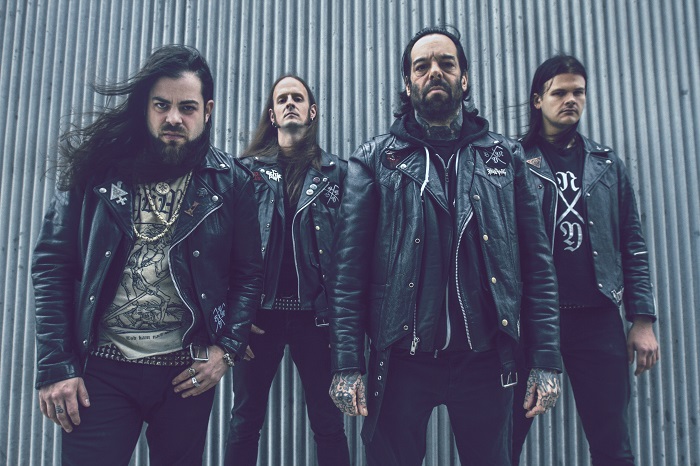 As time goes on and bands spend time together both in the studio and on the road, it’s not uncommon that their style will change over time. Oddly enough, a lot of bands end up eschewing heavier sounds for something more palatable, while other just tighten the screws on an already well-constructed machine.

For NYC-based black metal band Black Anvil, they’ve morphed in different and interesting ways. From their first record “Time Insults the Mind” to the present and their tremendous fourth album “As Was,” the band has remained as heavy as ever but also don’t really resemble the form they held when they first started. For this band, that’s a good thing. Each new release has brought with it deadly twists and turns unlike what came before it, and the longer the band goes on, the more colors and morbid textures they add to their chemistry. “As Was” is their most aggressive and varied record yet, as they still punish and bludgeon over these eight tracks and 50 minutes. But they also dash death, doom, post-punk, gothic sounds, and other dreariness that adds extra layers of soot to their punishing sound. 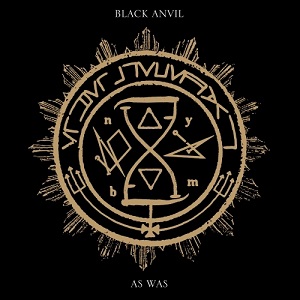 As most already know, three quarters of the members of Black Anvil first made their name with well-regarded hardcore band Kill Your Idols before moving their attention toward newer sounds a decade ago. The band—guitarist/vocalist G.B., bassist/vocalist P.D., drummer/vocalist R.G., guitarist Sos—unloaded their newly directed vitriol on their smothering debut, gaining the attention of Relapse and releasing their second effort “Triumvirate” on that label in 2010. They followed up four years later with “Hail Death,” their grimiest, densest, longest record of their entire run, and some of what bubbled up on that album made its way into “As Was.” The music on this record pushes Black Anvil’s foundation into the next phase, warping their blueprint, smearing it with black oil, and setting it ablaze. It’s also an album that’s more intriguing with each visit, as each layer begins to unfurl.

A strong taste of what Black Anvil’s up to now can be had on 8:13 opener “On Forgotten Ways” as metallic riffs and throaty growls spread their fingers and tighten their grip. From there, though, atmosphere joins the puzzle and a dose of clean singing, a welcome carryover from “Hail Death,” creates a dreary haze. The song eventually moves back to choppy and gritty, but things end in another morose cloud that bursts over its epic conclusion. “May Her Wrath Be Just” is really strong, balancing brutality and melody nicely, and growls and warbled singing again tangle. The music heads into the murk, while the song’s title is sung back mournfully. The title cut has a huge feel to it, beginning cold and drizzling but eventually detonating. There are some compelling progressions here and a huge blast of classic metal, complete with surging lead guitar play. “All this will fade,” is wailed as the song comes to a steely end. “Nothing” has mean riffing and a nastier disposition altogether, as things rumble, the band cuts loose, and the cry of, “Can you hear me?” sounds like a warning. Cosmic synth spills into the cut, making your head swim, and the band again takes a sharp curve into classic metal terrain.

“As an Elder Learned Anew” has a stirring open, with a shriek of, “Let’s ride the sky!” causing fists to pump. Cleaner singing returns on the chorus, and the band achieves a darkly atmospheric ambiance that can chill your skin. The final minutes are catchier than usual, with great leads and a crushing ending. “Two Keys: Here’s the Lock” is a beast at 9:10, and it demands everything from you. Clean, trippy tones start, but it’s not long until heaviness drops like a ton of bricks, and the growls and singing tangle. “Never question this direction!” strikes you like a blood-pact demand, as the pace charges up and heads toward destruction, and then things calm suddenly. Surfy, psychedelic playing allows the stormfront to gather, and once the clouds burst, it’s on to a fierce ending that draws blood. “The Way of All Flesh” is a bit of a breather track, an interlude built with shadowy keys and acoustics, and then it’s into finale “Ultra,” which could leave you seeing demons. The drums kick up and the guitars chug, and as the song goes on, the band even harmonizes, something you don’t expect from every black metal band. Of course, those words are conveying a dark, entrancing message, once that pays homage to the darkness, with refrains of, “He is part of me, he is all of me.” Powerful soloing and chant-like calls spread over the final minutes of the song, leaving you feeling like you might have compromised your soul.

It’s been compelling to listen to Black Anvil grow over the length of their decade-long run and their four records, and “As Was” is another punishing installment in the band’s body of work. The fact that they deliver something a little different each time out keeps their work refreshing and intriguing, and these songs are solid and meaty additions to their already powerful catalog. Black Anvil likely never will disappoint us by dialing back the aggression or polishing their sound, but you can bet with each release, they’ll figure out new and interesting ways to bloody your nose.

For more on the band, go here: https://www.facebook.com/BlackAnvil