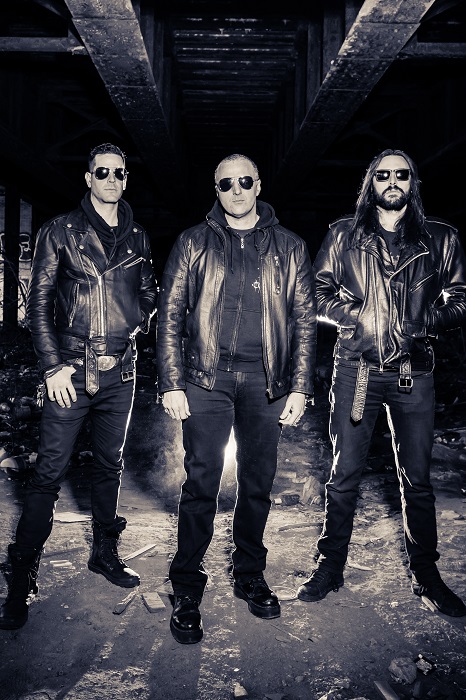 Where do you go when you die? Do you know? No one does. The people who have died aren’t telling us shit, and those of us remaining on Earth are left wondering. By the way, this doesn’t have to be a Biblical heaven thing at all. This is about once you expire, does your essence fade or transcend?

Mike Hill of Tombs is a big thinker, and the band’s new record “The Grand Annihilation” broaches the subject in a very broad way. Where do you go when you die? Does it all dissolve, or do we stretch beyond dimensions to take on new beings? If you consider the idea for too long, it’ll freak you out. The idea of eternity as a single being, constantly changing and taking on completely new ideas can be utterly terrifying if you accept this existence as the only one. But if you don’t, then being able to stretch to other worlds and beings we cannot even comprehend can be exhilarating. Tombs is a constantly changing beast, with Hill always at the forefront. With him this time are guitarist Evan Void (Hivelords, Ominous Black), bassist Ben Brand (formerly of Woe), Fade Kainer (formerly of Batillus), and drummer Charlie Schmid (Vaura), who all make the best of their skills on this record. 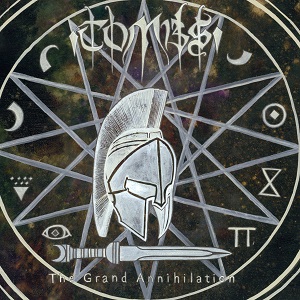 “Black Sun Horizon” opens the album with a raucous charge, as harsh howls and soaring guitars push everything over the top. Whispery dialog mixes into fluid playing before gravelly howls emerge, and the music moans out. “Cold” trudges right away, settling into black metal terrain, with Hill wailing, “Haunted by your past lives!” “We live inside reflections,” he observes later, as the tension builds along with the heaviness. The savagery builds back up, as Hill demands, “Tear away the veil,” with things coming to a fiery finish. “Old Wounds” rumbles open, with raspy growls, another lethal dose of black metal, and the cut getting mean and nasty. Later, the soloing goes off, and then Hill unleashes his Tom G. Warrior-style chilled croons. “November Wolves” emerges from a soundscape, as the track begins to crunch and devastate. “Devour! Our worlds collide,” Hill yelps before slipping into more singing, as razor-sharp guitar works takes this song out. “Underneath” drains some inky melodies and pushes the song into gothic territory. Hill sings again—this is the record on which he goes clean the most—going on about “violent delight and violent deaths” before he demands, “Drown in darkness!”

“Way of the Storm” rages over 7:10 as murky synth bleeds before the song rips apart. The song chugs hard, as the verses are growled aggressively, with singing merging with the chaos. The track takes on a mesmerizing bend, with Hill barking but then calling ominously about being “in her dark domain.” That bleeds into “Shadows at the End of the World” that is immersed in noise before grim shadows blanket everything, and Hill’s growls return to destroy. The guitars are powerful and imaginative, and then things get bloody and filthy, as gnarly cries lather before the song fades out. “Walk With Me in Nightmares” is where the record starts to blur into everything. It’s a shorter song that feels like it doesn’t fully develop, though it does deliver ominous tidings. “Saturnalian” settles back into deep singing, as Hill imagines going “into the chasm,” and start-stop playing gives the back end a bit more muscle. Closer “Temple of Mars” brings things back to violence, as drums kick in with force, and warbled singing chills the flesh. Guitars hang in the air, as the ambiance remains cosmic and strange. “Step in the shadows, dark age arise!” Hill cries, as the track turns into mist and flees into the stars.

Tombs and Hill have taken some really interesting turns since the project’s start, and each record holds a different mystery within. “The Grand Annihilation” is a fine next step in the band’s evolution, and as time passes, the concept keeps morphing into a different beast. This record is the beefiest of their run and the most ambitious, proving Hill is a man never satisfied.

For more on the band, go here: https://www.facebook.com/TombsBklyn

For more on the label, go here: http://www.metalblade.com/us/