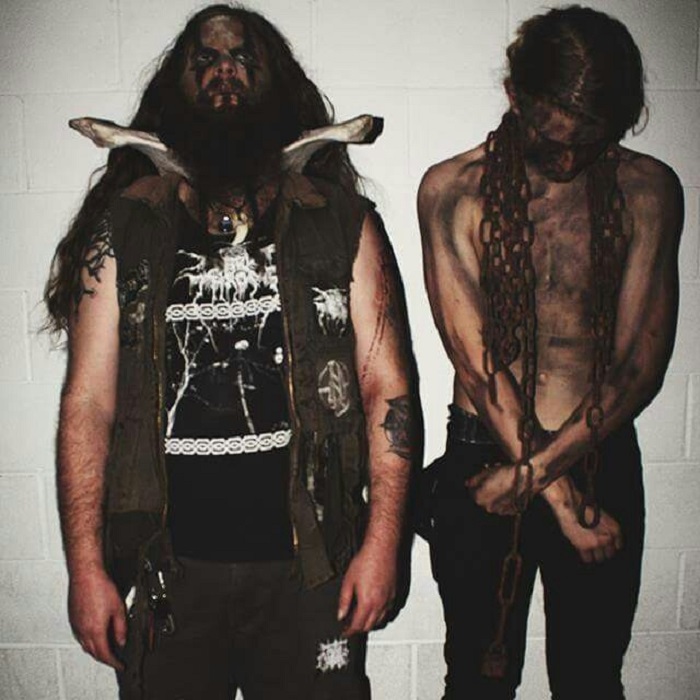 An earlier version of Nan Elmoth

Black metal, for all the weirdness and infighting it causes among its listeners, can be an ultimate source of expression and power. Over the years, its reaches have expanded, as has the thinking among those who create this sound, and that has made for some pretty exciting times. We’re not necessarily painted into a corner anymore, as much as some fight against such freedom.

California-based Nan Elmoth (they take their name from a forest region in “Lord of the Rings”) are doing a noble job balancing elements from the old guard and adding their own mentality that’s grounded in the present. What that means is, no matter how far along you stumbled into black metal, you can find plenty in which to sink your teeth, evidenced by their great second record “Void Serpent.” The music has been out there since the winter, but the album is being issued on a very limited-edition cassette by Pacific Threnodies, so your chance to behold is here. The three members of Nan Elmoth—guitarist/vocalist/primary creative guide Deathweaver, bassist Asmodeus, drummer J. Ross Foster—deliver four lengthy, noise-scorched tracks that unleash chaos and leave anyone in their way battered. It’s an homage to everyone who stood by their band as they walked their spiritual path and a hellish burst that should have these guys on the tips of underground black metal warriors’ tongues. 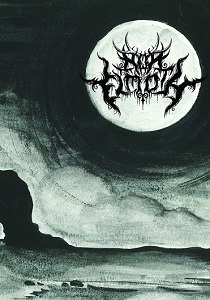 “Purification” opens the record with feedback buzz swarming and riffs blasting their way forward. Chaotic vocals scrape as the melodies get speedy and hypnotic, lulling you in and out of trance. The music intertwines and lets a hint of beauty into the scene before a new burst of thrashing infects anew, and doomy curtains begin to fall. “Mistress Hel, I summon thee, consume my flesh and all that which lives!” Deathweaver howls, as the song ends in a pit of punishment. “Ravaged by War and Plague” is the longest song, a 10:24 basher that enters right into the heart of the storm. Guitars penetrate, sounding like they’re unleashing a never-ending storm, while the riffs and vocals combine to rub salt into your brush burns. Feedback hangs like a poisonous gas cloud, leaving you disoriented and likely speaking in tongues, while the back end ignites, pours gasoline on the fire, and drowns out in pained wails.

The title track starts off with riffs that should altar your mind (yeah, that’s kind of a theme on this record) before wild growls arrive, and doom-stained riffs begin claiming lives. Molten soloing spills lava, while the growls go for the throat and refuse to let go. Growls and shrieks mix to form a deadly pair, while the song heads toward trudging heaviness, giving it a weighty, muddy feel. The guitars simmer, the track slows and heaves, and then everything folds into a final turn of chaos. “To Walk the Path…” is a fitting finisher that crawls open and then brings a flurry of crazed shrieks. Doom sickness returns and spreads its pestilent fingers, while growls bubble underneath the din. The growls then turn into a hellscape, as the song stomps and twists, letting go a final dose of cosmic hypnosis. “Alone is the wolf who walks the path of the serpent!” Deathweaver howls, as the track clobbers hard, and everything is sucked back into the stars.

Nan Elmoth have a devastating manner about unleashing the dark forces inside themselves, and “Void Serpent” leaves no bloody stones unturned as they go about their mission. This is black metal delivered in a primitive, charred form, though there is far more substance lying beneath all that soot, especially when digging into the lyrics. This release should keep heathen hearts pumping blood as they find elements of their own journeys locked inside.

For more on the band, go here: https://www.facebook.com/nanelmothforestsorcery/