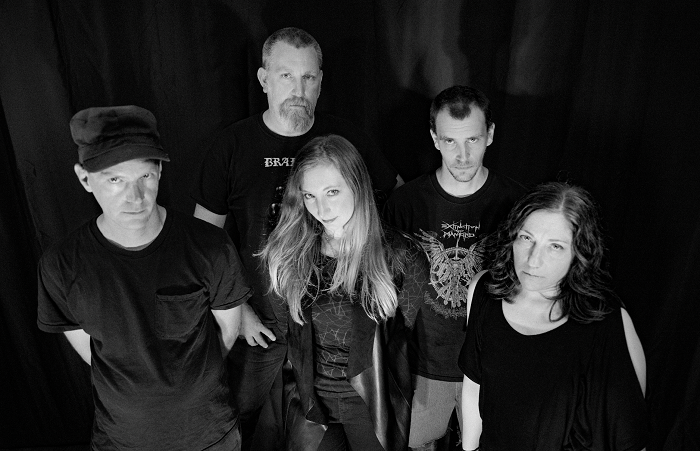 You know when you haven’t heard a person’s voice in a long time, and when you do again the feels you have all over the place? That’s how I felt when I heard the first words drop from Laurie Shanaman’s mouth the first time I tackled “The Unraveling,” the debut album from Ails.

For those unaware, Shanaman was the lead howler for legendary Bay Area black metal band Ludicra, who are one of the most influential groups of that style hailing from the United States. Their dissolution in 2011 after the release of their mighty final record “The Tenant” was a major blow to metal fans everywhere. Yet four years later, Shanaman and former Ludicra guitarist/vocalist Christy Cather decided they wanted to play music together again, and from that decision, Ails was born. Rounded out by guitarist Sam Abend (Abrupt, Desolation), bassist Jason Miller (Aequorea, 2084, One in the Chamber), and drummer Colby Byrn (Phantom Limbs), the band recorded this magnificent six-track effort that certainly has the Ludicra spirit but definitely stands on its own as something fresh and new. These songs cover topics ranging from heartache, despair, inner torment, and psychological and physical suffering, ensuring it’s not just the metallic elements that make this so heavy. The songs are devastating but also have melody that wraps around you heart (musically and vocally), and each of these chapters makes a lasting impression that sticks with you long after the music has stopped. 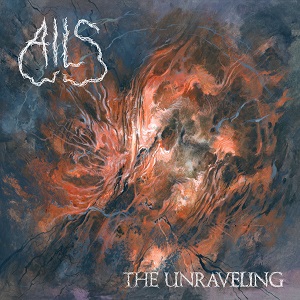 The record starts with “The Echoes Waned” that has guitars firing up right off the bat, and melodic singing leading into the heart of the track. Wrenching cries emerge, paired with fury and melody, though that later gives way to calm and acoustic passages, providing some breeze. Then the power kicks back in, taking us back to the verse structure that greeted us, with everything ending in serenity. “Dead Metaphors” runs 8:20 and has guitars stretching their reach and clean calls before the riffs begin to twist into a stormfront. The growls scars while the music thrashes away, and that cuts to bone, where the vocals go from clean to pained cries. A mesmerizing stretch resets your mind, while the back end mixes dark and light, with Shanaman shrieking over a bloodletting charge that fades before trickling into “A Spark of Life,” which has a jolting awakening. The riffs are dark and foreboding, while the growls shred muscle even as melodic waves are lapping. Carnage is achieved, as wild howls pave the way, and the melodies crash to earth, simmering in the song’s airy, key-dripping finish.

“Mare Weighs Down” chugs hard, with the leads drizzling, and harsh growls exploding out of that. Then, the band finds another level of devastation, as the shrieks get even harsher, the riffs swelter and burst, and the whole pace is an eruption. The final moments have riffs creating a tornado effect, while Shanaman’s voice reaches painfully into the night. “The Ruin” is the shortest track at 2:49, and it wastes zero time getting its point across. Thunderous drums spit splinters, while the guitars tangle, and the growls land like haymakers. That punishment never once laments, letting fresh bruises form as we move into the 9:36-long closer “Bitter Past.” Wouldn’t you know it, they saved their best riffs for last as this thing rips from its stance and seeks to maim everything in its path. The vocals are even more intimidating and punishing here, with the ambiance of the song getting uglier and your senses completely dominated. The pattern changes a bit, as singing and growling stampede together, and the final moments give the band a last chance to blow off all their fiery emotion, as the track burns out and leaves a trail of ash.

It’s great to have these two crucial members of Ludicra back in our lives, as well as the rest of Ails, who have made a monumental impact with their first record “The Unraveling.” The album already is one I’m tabbing for early best album honors at the end of the year, because as many times as I visit, I find new ways to be invigorated. This is a force metal needs right now, both musically and thematically, and it’s exciting to think about where they’ll go beyond this killer debut.