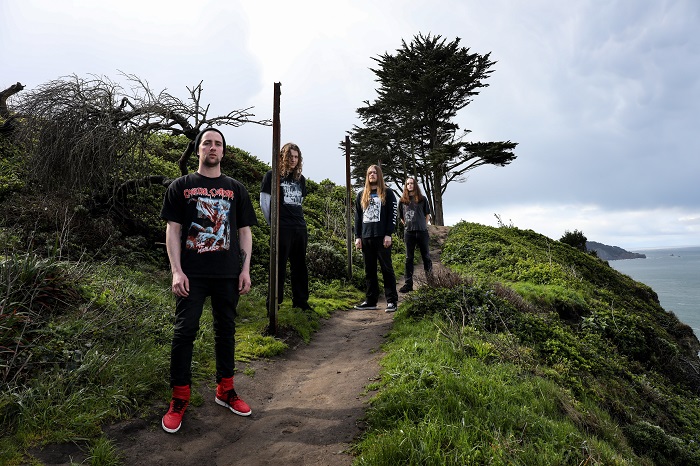 There’s not much of a sure thing anymore in metal, especially when it comes to bands serving up their first slice of what they have to offer. But when you hear that members of bands such as Exhumed, Repulsion, Necrot, and others are behind the music, that’s a pretty good indication you should put aside your concerns and just listen to what they’ve cooked up.

That’s very much the case with Mortuous and their debut full-length “Through Wilderness,” an eight-track, 36-minute pounder created by current and former members of the bands listed above that pays off nicely when you dine on this thing. They don’t waste your time at all, getting right into the meat of the music and delivering total devastation. Comprised of vocalist/guitarist Colin Tarvin (who also plays in Disinhibition and Funerealm), guitarist/vocalist Mike Beams (who also played in Nothing Left and Noothgrush), bassist Clint Roach (also of Augurs and Cartilage) and drummer Chad Gailey (also of Atrament and formerly of Vastum), these veterans have pulled together their resources and delivered a tried-and-true platter of death metal with a generous side of doom that should scratch every itch you have when it comes to those sounds. There also are guest spots from Chris Riefert and Danny Coralles from Autopsy, Derrel Houdashelt of Dekapitator, and Teresa Wallace of Dreaming Dead, Cartilage, and others, as she contributes flute (she plays a savage guitar in her bands). 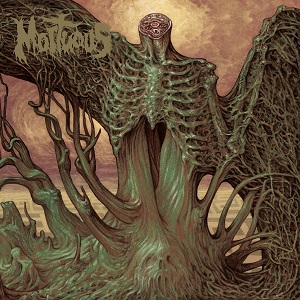 “Beyond Flesh” starts the record with acoustic strains before it tears things apart, and ferocious growls erupt. Tricky soloing makes your head spin, and then they’re right back to the pit of early 1990s death, with the guitars screaming terror over a fiery finish. “Bitterness” is punishing and doom-smeared, as the track gets thrashy and devastating, and the leads just go off. The pace is set to crush, while the guitars come off like war sirens, and the track comes to a bone-crushing end. “Crysalis of Sorrow” is sludgy and ugly at first, with somber melodies spilling and snaking through everything. Grim growls scrape before the band hits full chugging mode, as the soloing burns the flesh. Strong howls and a blast of danger give this song added muscle, while the tempo rips, and fierce growls add to the crushing finish. “The Dead Yet Dream’ is ominous and doomy, as it trudges along before it lands body blows. The vocals have a gurgly feel, sort of like Demilich, and then everything gets nuts, coming to a mauling end.

“Anguish and Insanity” has a slow start on purpose, setting up the mood, before the punishment is unleashed, and the track gets gruesome. The playing later gets strange and cold, with the guitars piling on and adding hell, and throaty growls rubbing salt in the wounds. The title track storms open with vicious growls, and pure fury and disgust. The guitars are dizzying, with the soloing cutting in, and things getting even more violent. The leads then spiral away, as the track ends in a cloud of dust. “Prisoner Unto Past” is volcanic from the start, a fast and mean cut that stomps hard and then gets humid and sticky. The panic hangs in the air before the pace reignites, and the track comes to a crushing close. “Screaming Headless” ends the record with a jolt of viciousness, as gross growls work their way into the mix, and the relentless storyline rolls out its horrific intent. Slow doom emerges, as it bleeds methodically, and warm guitars begin to boil and wilt the flesh. The final moments trickle, leaving a grimy stream behind as acoustics return and bring the record to a murky end.

It’s not like these guys are reinventing the wheel or anything on “Through Wilderness,” but Mortuous weren’t tasked with that anyway. They do what they do very well, and this record is a first full burst that should get them into the awareness of those who enjoy rolling in the chaos and filth of true death metal. This is a strong debut outing, and don’t be surprised to hear more people singing its praises once it reaches more ears.

For more on the band, go here: https://www.facebook.com/mortuous/