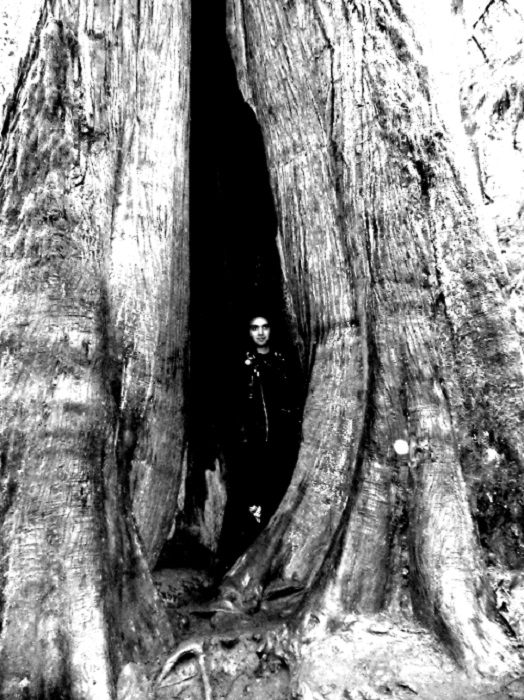 It’s hard to imagine heavy snow falling and icy, uncomfortable conditions here when it’s still in the mid-80s. Summer is getting ready to gasp its last and, as we’ve been talking about all this week for some reason, it really won’t be much longer until we’re back in the throes of winter, as sad as that may make some of you.

If you want an even earlier taste of wind gusts that’ll freeze the oxygen in your lungs and create nearly frostbitten flesh, you can take on “In Lands Thought Lost,” the third record from the Victoria, British Columbia-based black metal power Paths. The concept of sole member Michael Taylor (Panopticon’s Austin Lunn handles drums on this album), these five tracks get inside you and make you hunger for days in front of the fire, chilling your bones and admiring the majesty of winter. The music, like some of what’s preceded it in the Paths catalog, also delves deeply into Scandinavian heritage, which you can feel in the heavy, fluid music contained here. With these songs, all of which clock in at more than seven minutes, you take a journey into terrain that will require you join in, keep moving, and ensure your blood is pumping so that you aren’t overcome by the conditions. 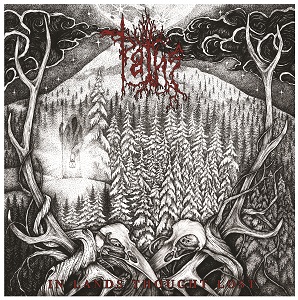 “Nights Tomb” starts off clean before the riffs tear everything apart, with Taylor’s furious shrieks pelting the ground. Melodies storm and pound, threatening to cover the earth, while cavernous howls help infuse atmosphere, and the drumming rumbles the earth. The song gets raw and wintry as sounds cascade, thunderous leads burst, and the track comes to a furious end. “To Brave the Storm” brings icy guitars that are thawed by warm, scorching leads. Gushing melodies and punishing drums overwhelm, while the melodies lap and spill. The song then swims through the fog, as leads spiral backward, while Taylor levels and acknowledges the time “to count the cost of a battle hard won” as the song leads you out into the wilderness.

“Creaking Boughs” starts in dreamy fuzz, with creaking verses and an atmosphere-rich push, as the melody rains down. “I speak in whispers,” Taylor warns, as the pace surges, and the overflow of melodies eventually unloads. Wordless harmonies lather before growls knife through, the riffs clobber, and everything ends in dust. “The Everbright” tears open as crazed wails strike, and the drums begin to flatten, as elegant synth bleeds into the scene and changes the ambiance. “Open the gates to paradise with brazen strength,” Taylor blasts, while the guitars bubble over and rush, raging right to the end. Closer “South Ever South” is the longest track, running 12:33, and it starts with synth echoing and a murky, foggy tempo being established. Taylor’s shrieks reverberate, as he cries, “Hope fades with the changing of seasons,” before the track turns serene. The playing mesmerizes, taking your mind on a journey before the deluge fades into a stinging single guitar burning a hole. The music then submits completely, with the only sounds left being boots crunching their way over snowy terrain, reminding of what’s just over the horizon.

Paths maintain a traditional black metal sound while also delivering freezing sentiments on their excellent third album “In Lands Thought Lost.” It’s a record that’ll overwhelm you with its melody and power, and it’s an incredibly infectious listen that offers heaviness and emotion. We may still be a few months away from the ice and snow, but this record will chill your blood in your veins long before the darkest days of the year arrive.

For more on the band, go here: https://www.facebook.com/pathsmetal

For more on the label, go here: http://bindrunerecordings.com/