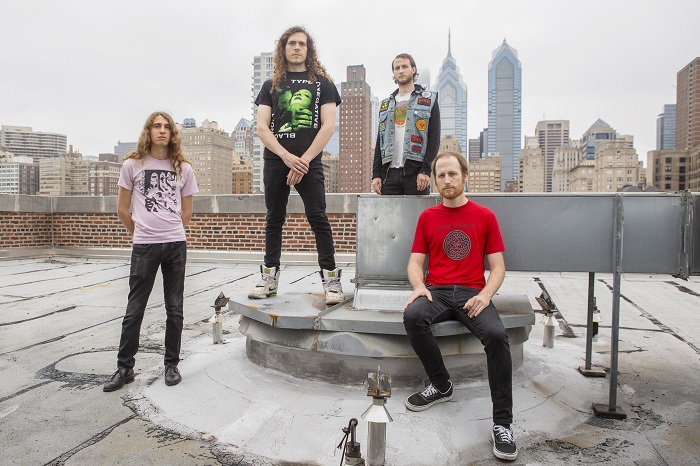 Death metal is having a banner 2018 with so damn many good records that have come our way, and there are still some to arrive later in the year. One reason the scene and sub-genre have become so healthy is because it has expanded its identity greatly. As have many categories of metal. But there is just so much you can do with this sound, that it’s exciting to see where it goes next.

One band that’s been changing and morphing their own death metal identity has been Philly’s Horrendous who, quite quickly, have become one of the most talked-about and sought-after bands on the planet. Their highly anticipated fourth record “Idol” is nearly in your hands, their first for Season of Mist, and if you’re expecting it’s going to sound anything like their earlier work or even resemble 2015’s “Anareta” at all, get ready to be shocked.  Though you really shouldn’t be. Horrendous have been changing out and updating their DNA ever since 2012 debut “The Chills” began sickening audiences, and what we have here is a band in the midst of a creative awakening who are just figuring out exactly what they are. It’s a shift that reminds me a lot of Megadeth when they transitioned from “So Far, So Good… So What?” (difference being “Anareta” isn’t a piece of shit) to “Rust in Peace.” The band—guitarists/vocalists Damian Herring and Matt Knox, bassist Alex Kulick (he joined in 2016), and drummer Jamie Knox—push themselves into space and even unleash a new jazziness to their work, which you can pinpoint to Kulick’s arrival. 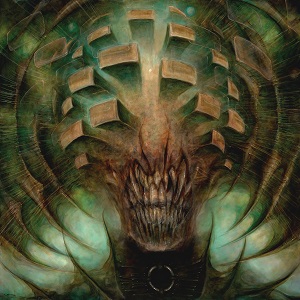 The album opens with “…Prescience,” a quick introductory cut with liquidy bass and spacey noise, and then it’s right into “Soothsayer,” where you get your first real taste of the state of Horrendous, 2018. A swirling pace, proggy madness, and shrieked cries greet you, letting you know it remains savage in here, but there’s so much more going on. The leads swelter while the pace is loopy and blistering, playing tricks on your mind before a thrashy closing that loosens bricks from walls. “The Idolater” is clean and shimmery at first, but then the bass quivers, and everything speeds ahead. The tempo keeps changing, never allowing you comfort or expectations, and later the guitars swim in the air and through the cosmos. “Golgothan Tongues” also is spacious at first, with riffs burning and an amplified sense of prog. There also are some clean vocals that enter, though amid that, Herring howls, “The tyrant has fallen,” which, let’s not get my hopes up, OK? A melodic solo takes over, and the song bleeds out.

“Divine Anhedonia” has slinky, jazzy bass licks to start, as the band works on a slow build that eventually moves its way to an explosion. The riffs encircle their prey and then begin racing, as wild shrieks are emitted, and a spoken section arrives as if out of an old science-fiction movie. The track comes thrashing back before more clean singing and then a violent end. “Devotion (Blood for Ink)” has crazed cries, a wild pace, and a sense of panic instantly injected into the song. The crush later dissipates in a pool of cold guitars, with a stretch of singing and an ambiance that reminds a bit of Cynic. Strong soloing enters, and then the track fires up, reaches its climax, and then fades. “Threnody…” is an instrumental piece built by strange environment and moody guitars, and then we’re onto 8:37-long closer “Obolus.” Trudgy and jazzy, the track then lobs punches, as Herring wails, “Show me my savior, my specter, my devil!” Clean calls sit behind the growled rage, while the track blazes and, like many of the cuts on here, seems to end prematurely before restarting as a different beast. The track gets ominous then gets, as the guitars burn away the trail that is carved, leaving no trace of its steps behind.

If we’re being honest, “Idol” is not going to make all Horrendous fans happy. There will be those who don’t like their proggier sound, who will eschew to arrival of cleaner vocals in spots (it didn’t do anything for me, either), and will just want all-out brutality. Horrendous haven’t been that for a long time. Instead, they’re an alien that keeps gaining knowledge, continues to get stronger and more savvy, and is leaving many other death metal bands in their dust.

For more on the band, go here: https://www.facebook.com/HorrendousDeathMetal/