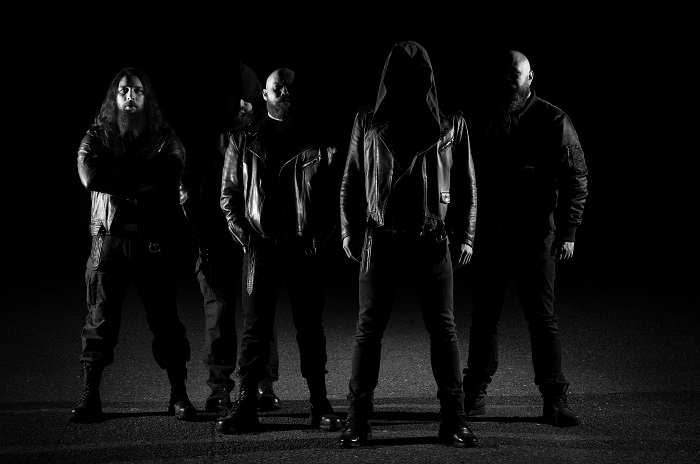 Trying to find a band with as fresh perspective on death and black metal isn’t the easiest thing of all time. It’s not necessarily super important either, but every now and again when a band comes along and makes you reconsider your perspective on the genre, it makes it that much more exciting for the listener and for me, as a writer, who listens to a lot of this stuff every year.

Polish black metal troupe Outre immediately made an imprint on me when tackling their impressive 2015 debut album “Ghost Chants,” as it was clear they were aiming for something a littler different than some run-of-the-mill artist just trying to make creepy sounds. There was a heaviness for sure, but there was a little more imagination and atmosphere to their art, and it made that first album a sure-fire keeper. They’ve returned three years later with the sophomore effort “Hollow Earth,” and it keeps in tact that promise we heard on the first album, with a little extra strangeness and chaos. They continue to meld black metal and death metal together in a creepy, nightmarish way, but the band—vocalist Mateusz Zborowski, guitarists Krzysztof Sojda and Damian Igielski, bassist Marcin Radecki, and drummer Maciej Pelczar—keeps thing interesting and dissonant, with you left guessing at each turn but ultimately satisfied with every corner they explore. 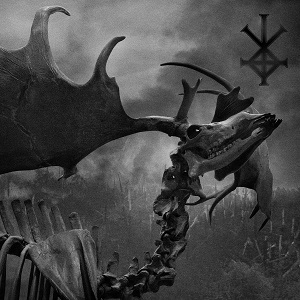 “Spheres Within” starts the record with noises and growls rumbling, as synth pulsates over this brief opener and transitions right into “The Order of Abhorrence” that splits open and begins immediately destroying you. Zborowski’s growls encircle you in the atmosphere above, while the guitars boil, and the band works into an eruption of madness. The fury builds, as does the pace of the song, moving into murky black metal terrain and then washing away into a dark corner of hell. “Combustion” lets noise hang dangerously overhead before a storm begins to saturate the ground. The drums rattle while guitars sting, and Zborowski’s vocals feel positively cavernous as they echo off walls. The pace gets dizzy while the drums decimate, leaving the music swirling and ending in a pit of disorientation. “Let the Earth Be Silent” has guitars sprawling and growls crawling over them like a demon. The band wails away dangerously, while growls and yells intertwine, and the drumming feels like machine gun blasts. There’s no letup in the plastering you take, as growls corrode, and clean calls lead you into mystery.

“Distant Daylight” has dissonant guitars swelling before the song tears out its own guts and pushes into an intense thunderstorm. Guitars stab away, going for each inch of flesh they can find, while the temperature is sweltering, and the music ends as savagely as possible. “Aberrations” has a flood of guitars before black metal-style tyranny reigns, making the track feel increasingly more volatile. The music then scales back just a bit, as the vocals arrive in strange warbling, making the feeling even more unsettling. The track then bursts anew, ending in a terrifying display of power. The closing title track is the longest cut, stretching over 8:48 which is spent wisely and cunningly. Noise drones while the sound of multiple doors being closed echoes, and then the walls are punched again, and the dust up begins. Riffs sting while gurgly growls emit nausea, with the band driving insanely hard as if threatening to barrel right through castle walls. The music sprawls from there, extending its black reach, while the growls slither, and everything ends in bloody horror.

Whether you seek a heavy bludgeoning or a strange sojourn into your psyche, Outre offer both of that and more on the tremendous “Hollow Earth.” I’m not asking bands to reinvent the wheel, which would be a bad idea anyway, but a little ingenuity here and there isn’t too much to expect. Outre continue to make death and black metal that’s rewarding and ever changing, and isn’t that all we really ask anyway?

For more on the band, go here: https://www.facebook.com/outremetal

For more on the label, go here: https://www.debemur-morti.com/en/