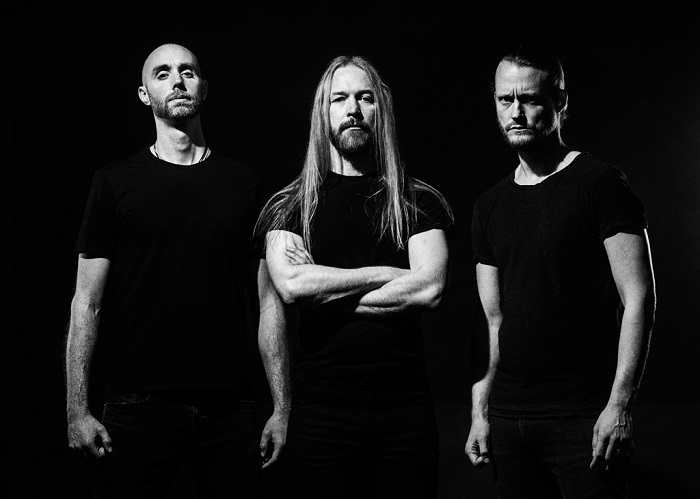 There is a lot of black metal out there. I’ll go ahead and say it: There is too much of it and too many bands doing the same thing that it’s hard to get excited about newer artists because I’m at complete overload. But this comes with the job, and it’s great when you can put on a record and get your blood going as soon as the music strikes.

That exact thing happened the first time I put on “Malice of Antiquity,” the second full-length from Swedish black metal horrors Astrophobos, the first complete offering since their 2014 debut. OK, so this isn’t exactly a new band, but they’re one that’s working its way back into the conversation, and we were pretty fired up about their 2016 EP “Enthroned in Flesh,” so we did have some working knowledge going into this. But for real, as soon as this thing gets started, it checks every box of what we’re hoping for from a quality black metal band, from the pure savagery, to the darkened melodies, to the complete show of force they unleash. The record is a blast from start to finish, and the band—vocalist/bassist Mikael Broman and guitarists Jonas Ehlin and Martin Andersson (drums were handled by session player Giuseppe Orlando of The Foreshadowing. Former drummer Jocke Wallgren now plays with Amon Amarth)—returns to remind you they belong in the conversation when discussing some of the better black metal bands that have flown under radars.

“Fire of Catharsis” starts the record with a slash to the chest as raw growls blast and the track heads into pure black metal hell. That’s the immediate sign I was talking about earlier that this record would be a keeper. It continues from there with Broman wailing, “Mountainous leviathan is rising from the past, black miasmas slowly spread,” with the track coming to a fiery finish. “Begotten in Black” has riffs exploding as vicious growls strike, and killer melodies pave the way to the chorus. From there, the words are practically spat out, the playing rattles your brain, and the track ends suddenly. “Descending Shadows” has a strong bassline rolling in, guitars rising, and a slow-driving pace leaving welts. The growls scrape along as the horror builds, and after a brief stretch of cold, the madness strikes again, and everything fades out in blood. “Abattoir for Flesh and Faith” has riffs igniting, the vocals carving a path, and the tempo rattling cages. The verses are creaky and well crafted, while a foray into the fog arrives at another assault complete with fierce growls, melody flooding, and a grim, morbid conclusion.

“The Summoning Call” starts in acoustics before a terror tale unfolds, and the band sets up a heavy, engaging atmosphere in which to pummel you as they do right up until the track fades out into mystery. “The Wolves Between the Stars” has fast, catchy riffs right away, with growls rupturing the peace, and the chaos having a European folk essence to it, even though it’s purely volcanic black metal that destroys you right up to its sudden end. “Until the Red of Dawn” also bathes in acoustics to start before the track opens up fully and swallows you whole. The chorus is crazed and manic yet also super catchy, while the final section bites back harder, with Broman envisioning “feasting upon human flesh,” before mercy finally arrives. “The Nourishing Hate” gets going with fluid riffs and Broman calling, “The coming of the night, the arbiter of all,” amid gushing melodies. That intensity continues through a battery of fire and blood before coming to a massive end. “Imperator Noctis” closes the album and arrives with quiet acoustics and whispery vocals before the track levels up with stirring guitars and exploding stars. Once again, it feels like Euro folk is in the DNA of this firebreather, as the riffs storm the gates, the drums quake, and some choral sections breathe different life into the chorus. The drama continues to build to a dangerous level, leading to a heart-rushing, smothering finish that’ll leave you in the blackness.

If you want a seriously drubbing, satisfying slab of honest black metal, you don’t have to look further than “Malice of Antiquity.” Astrophobos hopefully will turn more heads with this nine-track stomper, and each visit with the record has been a bloodbath of chaos we’ve been happy to experience. This is a crushing record that has the makings of one of this year’s breakout metal albums and should push them into forefront of a bustling black metal scene that they could put in a chokehold.

For more on the band, go here: https://www.facebook.com/astrophobos

For more on the label, go here: http://www.triumviraterecords.com/