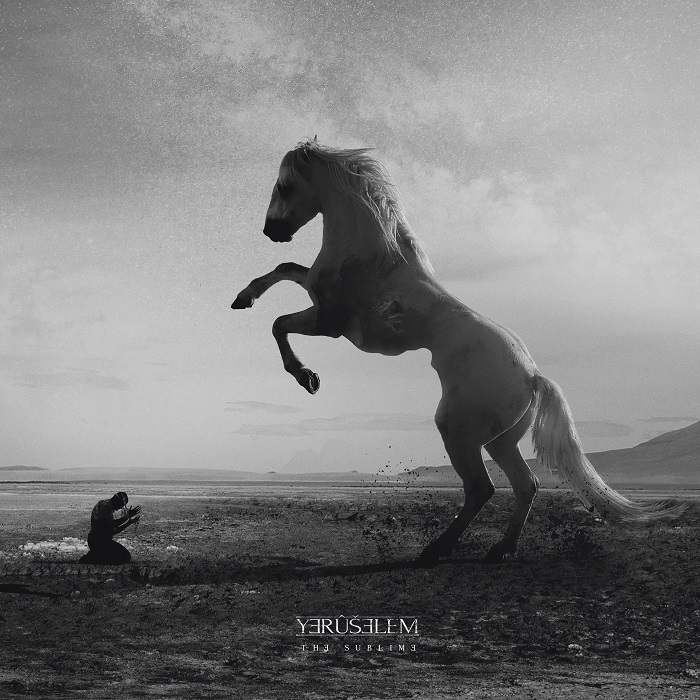 It’s common for music fans to get upset when a band or artist goes in a different artistic direction, like the listener at home has some sort of say in what moves the creator of the art. But it happens, and it’s not isolated to metal, but that’s what we’re here to talk about. That often leads to discontent, bad feelings, and records like “Load” and “Reload.”

Two primary members of Blut Aus Nord decided to follow their muse but in a direction away from their primary band. Well, mostly. Yerûšelem is the brainchild of Vindsval and W.D. Feld, and instead of going through the vortex of their brain-chilling black metal, they instead veer toward industrial sounds, strange ambiance, and even a cleaner vocal direction. That doesn’t exactly sound foreign if you’ve followed Blut Aus Nord’s run. Their “777” trilogy bathed in a lot of similar sounds as to what you hear on this project’s debut offering “The Sublime,” a nine-track effort that makes it easy to get lost in their blackened shadows and strange dreams. There’s a lot in which to immerse yourself, be it musically or metaphysically, and each section of the album is a mental adventure and a creation lurking in the fog that feels kind of familiar but is a totally different beast.

The title track gets us started with strange hisses and hypnotic melodies, with the alien words sung instead of screamed, with everything melting into your psyche. The track conjures strange mental visions before ending in echoes and sizzling. “Autoimmunity” acts as a cloud breaking and delivers a soaking storm, with guitars cutting into the picture and the singing ghoulishly floating. Thick bass barrels in and leaves heavy bootsteps behind, while a weird cloud hovers, with the track dissolving into noise. “Eternal” has beats colliding, guitars churning, and the singing feeling like it gives off a New Wave vapor. The music trickles and bubbles, while the purposely repetitive pace lures you into the maze, the music spirals, and everything ends suddenly. “Sound Over Matter” is a brief instrumental that originates in the cosmos, feeling like an alien phantom briefly showing its face.

“Joyless” opens with synth strikes before sludgy thrashing arrives, and the guitars seek to slice off limbs. The vocals bubble in your brain as the heaviness brings unease, and the track ends in a nightmarish void. “Triiiunity” is beat driven before a Godflesh-style assault is unleashed, as the band mashes away. The track feels like it overturns flooded oil tanks, letting the thick goo cover the earth, while the back end sends a panic that agitates your fight vs. flight tendencies. “Babel” has bass and beats pushing, the vocals rolling in mystery, and the guitars giving off steam. The pace clobbers later, pounding through your muscles and leaving deep bruising. “Reverso” brings guitars awakening with the riffs turning their blades inward. The vocals sound like they were spawned in a Petri dish and left to turn into a strange beast, while the playing adds a dangerous chill to the air, the guitars carry the melody, and the finish leaves the senses battered. Closer “Textures of Silence” is a quick instrumental finish based in moodiness and a haunting gaze that leaves an indelible mark.

While it might not totally scratch the itch you have for more Blut Aus Nord music, Yerûšelem come damn close to achieving that means on “The Sublime.” OK, so it’s not their bizarre and hypnotic black metal, but it definitely contains very similar strands of DNA and shows you a different side to what these artists have to offer. This is an icy, frosty new vision from two creators who already had given us some of the more thought-provoking material in extreme music even before this great new venture.

For more on the band, go here: https://www.facebook.com/Yeruselemprojekt/