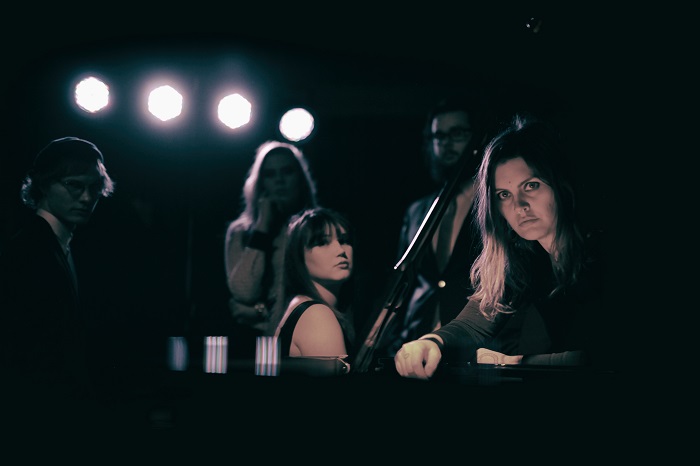 When an artist accumulates a body of work, an expected path or voice develops that normally carries over as music is created and released over the years. That’s a complicated way of saying when a band or artist puts out a new record, typically we know what to expect. There’s a comfort in that, as adjustment to fresh material doesn’t take as long, as something familiar washes over you.

Jasmin Saarela isn’t one of those artists. In her work fronting Jess and the Ancient Ones and their offshoot project the Exploding Eyes Orchestra, she and her bandmates have come up with something different each time out, even if some of the threads were the same. But on “Under the Red Light Shine,” her first record under her solo moniker Jess by the Lake, we see yet another side of her personality. Her energy and occult swagger remain, but her approach to this work pulls things back to the ground a bit, letting things marinate and settle, though never relenting in her passion. She assembled a new full band—guitarist Aapo Kauppinen, bassist Heikki Leppäjärvi, keyboard player Ethel Seppälä, and drummer Marianne Heikkinen—to help flesh out her visions and give her a strong foundation for her unmistakable, soul-scorching voice to tread. She tells stories of life, her surroundings in nature, the human condition, and longing, pulling any listener whose heart bleeds the same into her circle. 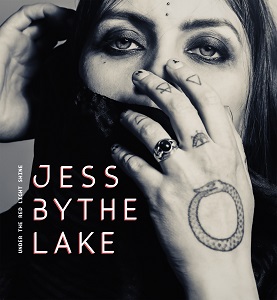 The title cut is the opener, as groove crunches and organs swirl in, leading to Saarela’s singing landing as she calls, “Somebody, please help me.” Later on, her longing and pain is apparent as she admits, “There was nothing I could give him,” as the song blends out in bluesy guitar work and a rousing chorus calling back the title. “Freezing Rain” reminds a bit of a JATAO song due to its stickiness but not necessarily its sound. It’s more grounded but rousing, as Saarela’s repeated wails of, “Feel the burn,” swirl over and over in your brain, and the playing allows your mind to cool off a bit. “The Wait” trickles in, as breezy verses lead the way, and the chorus then pulls at your heart, as Saarela wonders, “What if my heart turns to stone?” It’s a nice, riveting ballad that lets you in on the emotion, leads you to foggy marshes, and then bleeds way. “Halo (Ghosts in the Flames)” has keys dripping and Saarela’s singing feeling softer, as she asks, “Are you chasing the halo?” The track has some lightly jazzy moments, as rain sheets delicately before Saarela prods, “You were searching for love, did you find it in you?”

“Nightmare” is a fun one, as Saarela imagines a female hunter stalking her prey, sneaking in the night, following her sense for blood. “Sharp as a knife, fast as a rifle,” Saarela describes her character, while bluesy attitude boils up and leaves blood streaks. “Legacy” also is pretty dark as things get off to an ominous start, with the melodies slithering along. “Look at your life, hollow bones and empty inside,” Saarela pokes while calling out to a mother and father for ways in which she was failed. “I gave life a chance, it was the only chance I ever had,” she sings, as the track trickles out into sorrow. “My Hands” has guitars poking and stimulating verses before a chorus of, “The rain falls just for you,” sends cold waves. The verses are shadowy and gothy, while the guitars light up, the chorus barrels back through, and everything melts out in a bed of keys. “Interstellar” closes the record, a 9:19 ballad that numbs from the start, as Saarela sings of being “slowly headed into stars.” She guides us through this tragic tale, with the song picking up volume and intensity as it goes but never boiling over too much. Saarela splits and reveals vulnerability, while the playing haunts and hypnotizes, and the guitars streak the sky. The song bleeds, the music mixes into stardust, and this fascinating journey comes to an end.

Jasmin Saarela has been one of heavy rock’s most fascinating, intoxicating singers the past few years, be it with her other bands or here on her Jess By the Lake solo project. “Under the Red Light Shine” is as strong and moving as we expected but with some twists and turns and a little more down-to-earth emotion than we’ve come to expect from her. Saarela’s voice is a gift that never disappoints, and this is a shadow-rich, dream-inducing look into her psyche that we’ve not really seen before now.

For more on the band, go here: https://www.facebook.com/jessbythelake/

For more on the label, go here: https://svartrecords.com