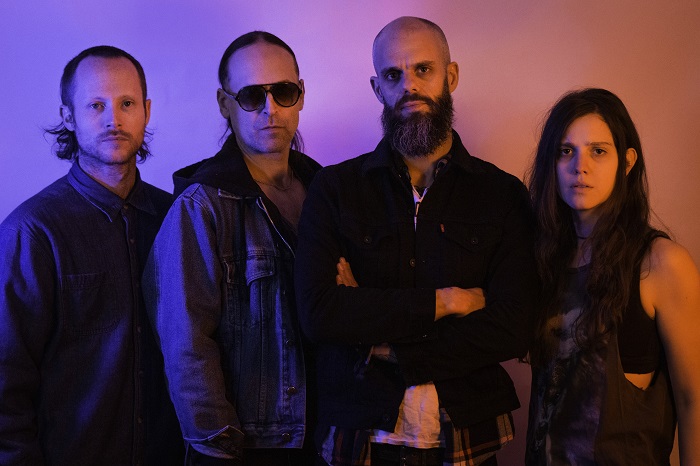 Change is inevitable in music as metal and its millions of bands know all too well. There’s no sense in trying to get comfortable because, before you know it, shit gets torn apart in an instant, and you’re left scrambling for what to do. Often, bands end over turmoil and misfortune, and the ones strong enough to make it through chaos may never be the same again.

Speaking of which, it’s kind of ridiculous that Baroness survive as a band to this day. Their horrifying 2012 bus crash near Bath, England, should not have just killed the band, it very well could have ended their lives. But they survived, albeit in a different form when they returned in 2015 with fourth album “Purple,” and since that time, there was more turnover, leaving John Baizley as the lone original member of one of the world’s most adaptive bands. Oddly, all that change, with guitarist Gina Gleason added to the fold along with bassist/keyboard player Nick Jost and drummer Sebastian Thomson, seems to have worked in the band’s favor again, as their 17-track, hour-long new album “Gold & Gray” is one of the strongest things they’ve ever put out. They’ve delved headlong into their progressive rock bend but haven’t abandoned their metal roots, and Gleason’s presence gives the music and their aura something completely different and special. It’s exciting working through each song, and everything flows nicely, with tons of highlights along the way. Oh, and don’t be worried they overstuffed this thing considering there are 17 songs. There are 11 full tracks and six mini instrumentals woven in, which act almost like mood changers throughout the record’s run. It all works quite well. 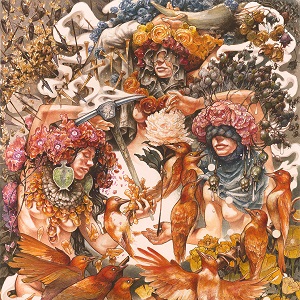 “Front Toward Enemy” kicks off the record with strange noises floating before the windows are punched out, with Baizley vowing, “We’re headed toward disaster, and I won’t open my eyes until it’s over.” Guitars charge up, melody cascades, and then we’re into “I’m Already Gone” that has reflective verses, with Baizley admitting, “All I made were big mistakes.” The chorus is rousing and memorable with everything burning out in psychedelic fuel. “Seasons” pulls in and jolts, with Baizley calling, “We burn, we run.” As the song goes on, it gets crunchier and meaner, with Thomson pulling off some goddamn blasts before the track ends in a rush. “Sevens” is the first interlude cut, sitting in dreamy soundwaves, leading to “Tourniquet” that gets off to a folkish beginning. Baizley and Gleason both sing, which is a nice dynamic, as a lot of the track feels like it’s hurtling through blue skies and into the stars, as Baizley calls, “It’s an artificial heart, and I can’t feel a thing,” leaving everything in the cosmos. “Anchor’s Lament” is another interlude, bleeding into the universe, introducing the refrain to “Throw Me an Anchor,” the cut that follows. Drums crack in static, fiery guitars take charge, and, as usual, the singing is just great, with a tremendous chorus to boot. The playing is aggressive and loud, with the song decaying in noise. “I’d Do Anything” is a really good one, simmering in keys and moodiness, with Baizley dropping the album’s title when singing, “Spitting on the ground, the words fall ever gold and grey.” The chorus is simple but powerful, as Baizley wails, “I’d do anything to feel like I’m alive again,” as the band unloads fluttering intensity as things wash away.

“Blankets of Ash” is an interlude with noise bubbling, voices harmonizing, and a scratchy transmission that sets the way for “Emmett – Radiating Light” that has crickets chirping and Gleason and Baizley singing together, calling, “If I go out, will you find me a place where I’m supposed to be?” Chimes and piano meet up,  things falls back to a chorus of insects and a singular guitar leading the way. “Cold-Blooded Angels” also features dual vocals as quiet guitars echo, with Baizley lamenting, “Wasted years on an empty road.” The track speeds up and trudges, with Baizley wondering, “How the hell did I survive?” as the song trickles away. “Crooked Mile” is the shortest of the interludes, clocking in at 41 seconds and bringing a trippy vibe that pulls into “Broken Halo” that kicks up mud and finds Baizley’s voice going a little deeper than usual. There are some 1970s-style fireworks later in the guitar work, as the track boils in static. “Can Oscura” flows all over, pounding the senses with spacey weirdness before giving out for “Borderlines,” a late-album gem that has strong melodies, meaty vocals, and a psychedelic buzz that sinks its teeth into the chorus. Soloing rips shit apart, creating a crater of smoking rock, which final interlude “Assault on East Falls” follows with alien craziness blips and noises that’ll throw your brain for a loop. “Pale Sun” is their final charge, and it’s really different from everything that preceded it. Gazey lights shine, while Baizley and Gleason sing together, harmonizing and creating symmetry before the noise cracks and spits fire. Strange interference confuses brain signals, the vocals pick up, and the track ends in a gush of lava.

There doesn’t appear to be a mountain Baroness can’t climb, an ocean too expansive for them to travel, as they continue to survive and change for the better. “Gold & Grey” is another portrait of a band that has become like a rock chameleon, always able to switch colors to blend into their headspace at the moment. This is a powerful, emotional, fun record that proves yet again that they produce their own antidote to anything that tries to poison their systems.

For more on the band, go here: https://www.facebook.com/YourBaroness/