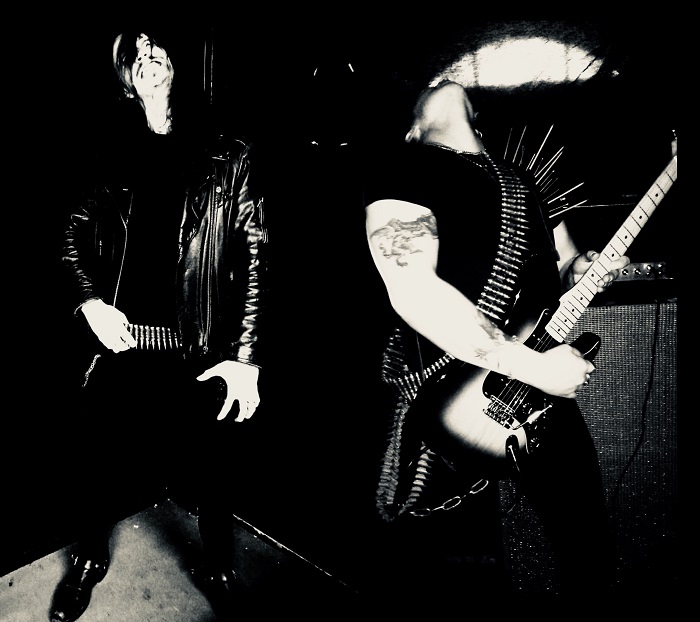 Not all powerful things ultimately succeed. Even the most powerful of forces are put to the test, and just because you have strength and momentum on your side, it doesn’t mean things are going to work out. Perfect example is Finnish black metal band Vorum, who faded into the night after just four releases, only one of them a full-length.

That might have been the end of Vorum’s brief, albeit promising, history, but that wasn’t the end of the story for some of its members, as they went on to form the monster that is Concrete Winds. I don’t know which of Vorum’s members are participating because their online profile is sparse, and there isn’t a lineup that I could find, but that doesn’t really matter. What’s important is their volcanic, violence debut “Primitive Force” wrecks bodies, as these nine tracks blast by on under a half hour, which gives the record an extra sense of urgency. The riffs are insane and plentiful, while the vocals scorch flesh, feeling like something from an older, darker era, though the music sounds fresh and raw. 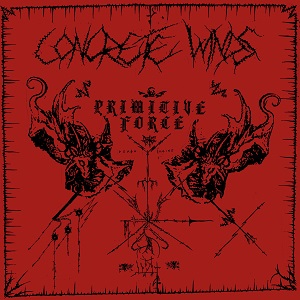 “Infant Glow” tears the lid off the record with hammering riffs, vile screams, and soloing that catches fire. Smothering hell follows that before the song briefly halts only to explode into a rage before ending. “Sulphuric Upheaval” begins with the title being wailed before the band smears your face into the insanity, dizzying madness bursts all over, and a crunching fury paves the way toward speedy playing that’s downright cartoonish. Savage vocals strike before a fiery final assault tries to take off your head. “White Cut Manifest” is blistering as the guitars begin to punish, and a destructive path is carved. The playing gets fucking zany in spots, splattering blood and guts and ending in a devastating burst. “Primitive Force” is piledriving as the guitars crush bones, animalistic growls shred psyches, and brutal growls meet up with thrashy hell. The riffs burst into sickening fuzz, while everything gets locked into a bloody inferno before everything ends furiously.

“Tyrant Pulse” is melodic but damaged as it tears through into a vortex, the growls squeeze muscles, and the strong riffing blows down the doors. The track gets tornadic and bustling, dumping gas on the fire before everything ends. “Dissident Mutilator” also has its title snarled at the start before a splattering pace ignites, leaving you dizzy and grabbing for support. Gnarly vocals and speedy guitars take things from there, bringing the song to a blistering end. “Volcanic Turmoil” is perfectly named as that’s what it sounds you’re in the middle of as the guitars go racing, and the vocals are spat out. The tempo shreds nerves, later recharging before total insanity takes things to its end point. “Angelic Laceration” has the drums destroying and complete destruction meted out. Things are fast and mangling as beastly growls strike before everything ends in a noise assault. Closer “Death Transmission” has tricky guitars, raw growls, and a flood of strangeness that sickens. That makes the room spin before the chaos comes back for a final burst, weird playing confounds, and the track melts away in a pit of noise.

Vorum may have disintegrated into the earth, but out of that Concrete Winds delivered a completely different devastating supply with their first full-length “Primitive Force.” This 25-minute bruiser feels like a product of the past in a good way, as it feels like it’s digging into the graves of death and black metal’s original graves. This is an enthralling, shit kicker of a record that’ll get your blood surging in no time.

For more on the band, go here: https://www.facebook.com/aggressivenoisetorment

For more on the label, go here: http://www.sepulchralvoice.de/