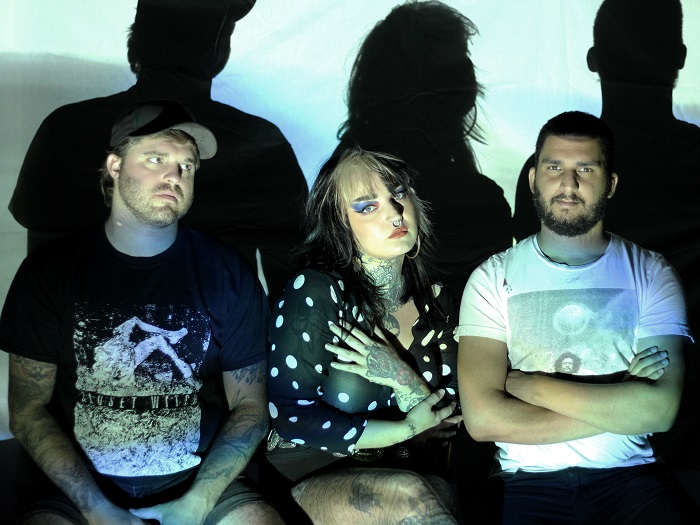 We live in a strange, volatile place that, at current state, doesn’t seem to be getting any friendlier any time soon. On top of that is you have people who are trying to find a place to belong where they feel safe and accepted, and then there are those on the other side who belittle those individuals and taunt them to get tough or suck it up. What a load of horse shit.

Seeking and finding acceptance is something many of us need, and often we find that in music. Michigan grind beasts Cloud Rat have been one of those bands that have fought for the oppressed and those who need a scene with which to align, and over the past decade, they’ve backed that up with some of the most volcanic creations in heavy music. Now comes their explosive new full-length “Pollinator,” a 14-track barrage that isn’t just brutality for the sake of it. Their music never is that way. Hidden beneath all the trauma are messages of hope in a world full of hell. The band states that the lyrics address trauma and memories, relationship and communication issues, and trying to navigate all of that in modern society. Vocalist Madison Marshall, guitarist/keyboard player/sampler Rorik Brooks, and drummer Brandon Hill hope what you hear on “Pollinator” can wash over you and help you find a connection in a place where there is so much negativity. Not that they don’t also delve into some of the darkness and blackness, because they definitely do. But out of that comes power and hopefully the inspiration for others to push their own minds and try to change their worlds for the better. 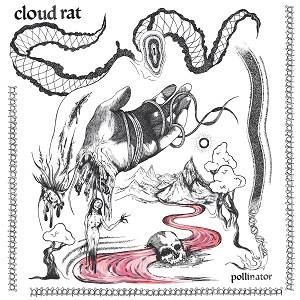 “Losing Weight” starts the record as a blast that lasts less than 2 minutes and is a volcanic burst as Marshall’s vocals strip away at muscle, with the song grinding you down into “Delayed Grief // Farmhouse Red” that utterly goes off. Murky synth gives off clouds while the vocals snarl and crush, the band hits a thrashy fury, and shrapnel piles up at a sludgy end. “Seven Heads” has strong riffs, Marshall dicing the senses, and everything smothering before a strange fog sickens. The guitars then round back and destroy, leading into “Night Song” that echoes out front before yells bleed in, later turning to desperate cries. The track then gets heavier and uglier as the band wrecks shit, ending in total panic. “Wonder” has guitars flush with color and mangling vocals as Marshall admits, “My brain never shuts off!” That continues to pile into fury, rushing into “The Mad”  that opens into slowly mauling anguish and emotional leads before the song opens up. The drums decimate along with the rest of the assault, leading toward “Al Di La” that sits in a melodic haze. The song then starts trucking as everything in front of it is destroyed, Marshall’s growls slash, and the aftermath is swallowed into a mist.

“Last Leaf” has guitars trickling in before everything explodes. Massive riffs and animalistic growls deface, ending in a pile of filthy mashing. “Zula” is a quick, blinding attack with sickening screams and a tornadic pace, ramming into “Biome” that has vicious growls and a tempo that sucks you under forever. The playing begins to spin out, making the room catapult, ending in a massive rain. “Webspinner” is a piledriver, bending your neck, smearing soot in your face as Marshall accuses, “You would do anything,” as the music swims into hell. “Luminescent Cellar” slows things down, allowing reflection, slowly buzzing into your brain. The dreamy sequence is then torn to shreds as guitars gurgle, with everything ending in guttural wails. “Marionettes” has a melodic open before Armageddon lands and blackens the earth. The storm rips through, sending mud and trees flying before things drip into dreams. “Perla” finishes the record with melody again shining through, with Marshall’s vocals there to lacerate the night, and thrashy, mashing verses that’ll leave you bruised. The mood changes about halfway through, adding even more emotion to the song and ending everything with your heart bleeding out.

Cloud Rat are a force with which to be reckoned both on record and live, and the music they deliver on “Pollinator” is vital, devastating, and perhaps just what so many of us need to hear right now. The band never has been shy about spreading their messages, and they’ve been a strong voice standing up for positive social and political efforts in which they believe. Along with that, they’re also one of the most inventive and calamitous bands in heavy music, and this record only goes to further solidify that point.

For more on the band, go here: https://www.facebook.com/cloudratgrind/

For more on the label, go here: https://artoffact.com/