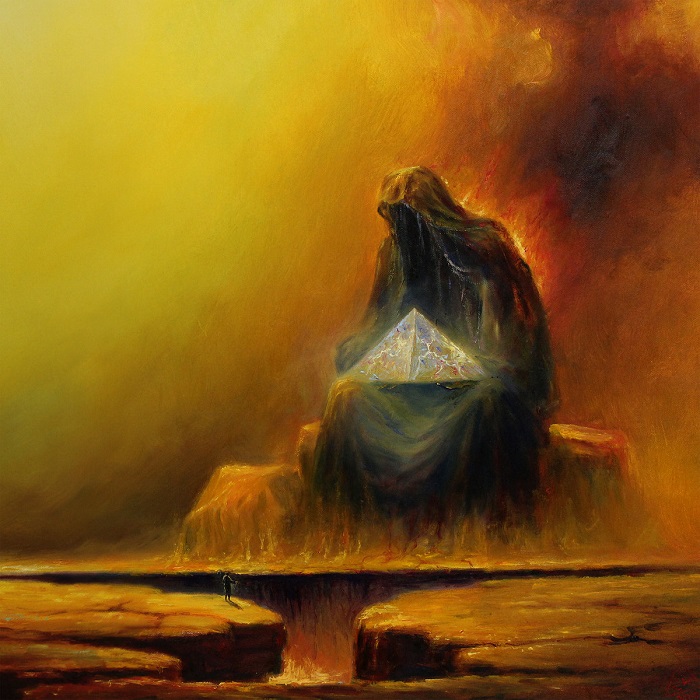 Picking a no. 1 record each year isn’t always easy. This year was one of those because there were so many great releases that meant something to me and resonated that isolating just one proved more difficult than I imagined. At the same time, when it became clear to me that “Cairn,” the third long player from Mizmor, was that choice, it seemed like all the mental wrestling I had done to come up with what record should stand out front was actually obvious from the start. So, here we are, and Mizmor is in its rightful place as our favorite metal record of 2019, the final year of this decade.

There are many reasons why “Cairn” sits in the top spot. First, the music on this four-track, hourlong album are some of the most devastating of sole creator A.L.N.’s run under this banner, which is a weighty statement. He’s also been a master of spilling black metal and doom into a melting pot and adding his own personal chaos, which has kept his music important and core-shaking, which you can’t shake after spending time with “Cairn.” The second reason this was such a massively vital record is from the psychological torment that went into the lyrics: the struggling for meaning of one’s existence, the crisis of faith, both things with which I’ve personally struggled. These songs touched on a lot of that, as I was able to identify with a so much of what went into informing these songs, making it feel like I had a sort of musical companion to my own torment. I can’t stress enough how huge that is for me.

“Desert of Absurdity” starts with acoustic waves before the track tears open, and the waves begin to lap violently. A.L.N.’s growls penetrate the surface as melody swims, and elegant doom crashes to the ground in drops of acid. The screams lurch and the sounds echo and sting, meanwhile the surface of the Earth is scorched, guitars well, and then coldness reigns, with the final moments feeling utterly sorrowful. “Cairn to God” runs a mammoth 18:03, the longest track on here, and things unfurl with noise flooding, all elements rising up, and shrieks tearing the walls apart. Doomy stomping is mixed with mystical sounds, while raw growls scrape at open wounds, and the track moves into slow-boiling hell. “Cairn to Suicide” goes right for the throat with devastating playing and vicious growls bruising bodies. A heavy cloud cover threatens with darkness, and a low rumble makes it feel like you’re being dragged through a dank basement toward whatever that dripping sound is. As the song moves on, acoustics mix into the fray and spread before another explosion that spits ore and bones, causing pain and confusion before the final moments bring crashes and acoustic blur. “The Narrowing Way” closes the record, pushing over 16:40 and opening with an air rush and quiet trickling. The playing builds into a deluge complete with slithering pacing and growls crushing and slowly working to cut off air supplies. The playing pounds away and fills your head with noise, while drone rolls through, and jarring shrieks rob you of any sense of solace. Strange chants pass through ghoulishly, the vocals turn to death growls, and the leads glimmer and scream.

Mizmor’s power and meaning cannot be understated, and “Cairn” is a masterful record that accomplishes its musical blackness and hammers home its philosophical tones perfectly. This record gnaws at me, lives with me, and continually takes up space in my mind as I battle with the same forces that occupied A.L.N.’s thinking. This is an album that’ll take time for some to fully engage and absorb what’s going on, but once that happens, your brain is imprinted with this music for good. (Sept. 6)

For more on the band, go here: https://www.facebook.com/whollydoomedblackmetal/

To buy the album or for more on the label, go here: https://gileadmedia.net/