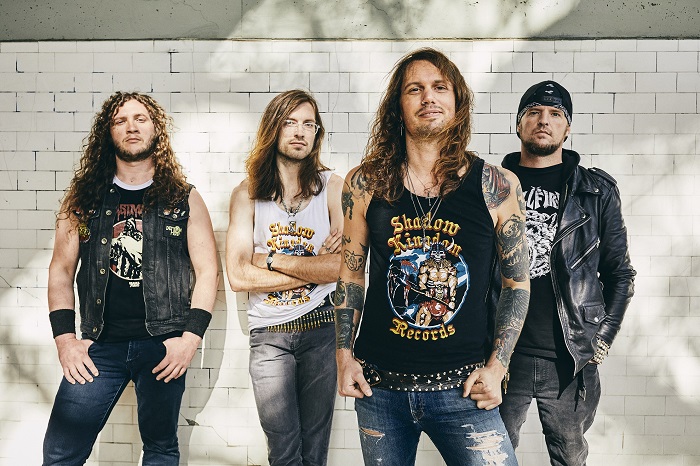 I have to laugh uproariously every time someone claims when a metal band, or one that’s slightly adjacent, gets shit for making music that’s too catchy or leans hard toward rock n roll. Like metal and rock n roll haven’t been entangled in a sordid affair since the very beginning, and if you poll an honest death or black metal musician, they’re going to tell you that’s where their roots lie as well.

So, it is that we have “Mind Freeze,” the brand-new record from Haunt, their third, and the first album we’re even reviewing in the year 2020. What started as a solo project for Trevor William Church while working with his other band Beastmaker turned into a full-blown band with a complete lineup and now three charging records released between 2018 and now. They’re practically as prolific as the bands to which they’re often compared (Priest, Dio, Maiden, etc.) as “Mind Freeze” lands a mere 10 months after last year’s “If Icarus Could Fly,” itself a rock-solid collection that only amplified the band’s name. This nine-track, 37-minute record is properly portioned and should strike the sweet spot of anyone who has been lured in by this band—Church is joined by guitarist John Tucker, bassist Taylor Hollman, and drummer Daniel “Wolfy” Wilson. 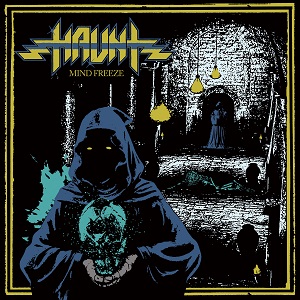 “Light the Beacon” begins with sci-fi synth before the track starts punching, and the strong vocals from Church hint at remembrance of people he’s lost. “I only wish I’d said goodbye,” he calls following a crushing solo and seriously catchy guitar work. “Hearts on Fire” bursts open as synth washes in, and the track is off to the races. “I see the future in my sight,” Church sings as a killer chorus gets the blood flowing, and blazing soloing fans the flames before the chorus returns and takes us out. The title cut has a tremendous riff attached and synth generating fog before Church wails, “It is freezing in my mind.” The track feels a lot like an early ’80s Ozzy song, which fills the heart with nostalgia, with Church wondering, “The frost is taking over, how long will I last?” as things burn to a close. “Divide and Conquer” has riffs surging and the pace kicking up before keys slither through, and the leads roar. The playing splatters all over before things come to a rousing end.

“Saviors of Man” leads in with the synth driving, the verses catching on, and the track pulsating, with Church urging, “If someone would save us from ourselves.” The track then speeds up before a solo burns, and the chorus drops the curtain. “Fight or Flight” opens up and just soars with the verses delivered more forcefully, and the vocals sounding a littler grittier. Dual leads deliver metallic glory before things come to a punishing end. “Have No Fear” delivers keys that sound like they’re conjured from three decades ago (which is a plus) before the track gallops hard, and Church delivers the song’s simple, effective message over the chorus. Guitars and keys mix and rumble together as the chorus brushes back, and the song blasts mouths on its way out. “On the Stage” has a glorious start that keeps building its intensity with the leads lighting up and fluttering and the track blasting you in the chest. Adventurous “Voyager” ends the set and starts when drums awaken, and synth blends into the mix. The verses fire up as the chorus is fun and blistering, with the guitars and keys trading off. The drums again pound hard while soloing spreads before the track surges and fades away.

Haunt definitely feel on the verge of exploding with “Mind Freeze” (a Decibel cover story also should help out the cause), and once people get their hands on this music, the mania is only expected to rise. This is well played and executed, but it’s also a blast of fun to hear emanating from your speakers, your headphones, what have you. This band obviously has its tank full of fuel and passion, and it won’t be shocking in the least if “Mind Freeze” has a younger sibling later this year or next.

For more on the band, go here: https://www.facebook.com/hauntthenation/

For more on the label, go here: https://www.shadowkingdomrecords.com/