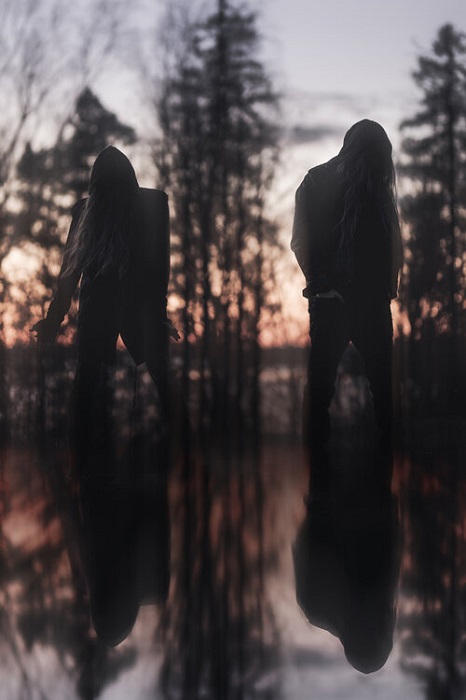 There are certain expectations that go along with various terms when it comes to heavy metal. Frost-bitten black metal should bring an idea to your heads right away. What about castle-raiding epic metal? Swamp-soaked death metal? These all bring preconceptions to metal fans’ heads no doubt, as there are things you likely anticipate when tackling music of that ilk.

Same goes for Finnish doom, a style that is driven by content created by artists from an entire country. You probably have visions in your head of glacially paced darkness that grinds away at your psyche. Probably name dropping Thergothon, Skepticism, Unholy, and plenty of others. So, that seems like it stacks the deck against Convocation, a band that has been doing their thing for seven years and brings together members from groups such as Dark Buddha Rising, Waste of Space Orchestra, and Desolate Shrine, and that’s just between its two participants—vocalist MN and multi-instrumentalist LL. Their second record “Ashes Coalesce” is here, and damnit if they don’t hold up the banner for their country’s contribution to doom in a destructive manner. 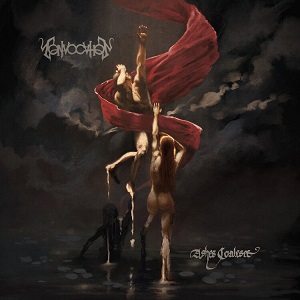 “Martyrise” opens the record and runs a stealthy 12:22, starting with mystical powers before the doom hammers drop. MN’s growls churn amid a hypnotic pace that melts into a psychedelic shelf, where keys add heavy cloud layers. The growls turn into torturous shrieks as the tempo stretches in echoes, and swirling playing leads the way to misery. Shrieks wrench, strings storm, and the track washes out. “The Absence of Grief” is sorrowful and heavy as it spreads its wings and darkens the grounds below over its 13:38. Atmospheric crushing leads to an even more funereal pace as it gushes into hell, while the low end destroys. Clean vocals swarm behind the mix, warbling and crawling as the music haunts. As things split open again, the guts fill the floor, organs swell, and the track trudges back into the mud.

“Misery Form” drips into a dreary haze as it starts, while shrieks wrench and do ample amounts of damage. The calls boil as the pace scrapes along violently, while the brutal slow power continues to add pressure. Thrashy mauling leads into the picture as clean calls bellow behind, and then shrieks return and grasp your throat. Blood flows while angelic calls send chills, putting you through the ringer of punishment. “Portal Closed” is the final piece, and it slowly unravels while organs drain and send off steam, while the borders turn to liquid. Synth fully unfurls its majesty as the night swallows the track whole, and clean guitars trickle. The phantoms slowly dissipate as the music rolls into mystery, and this album’s overwhelming chapter finally closes.

Finnish doom comes with expectations, which is probably unfair to the band continuing its legacy, but Convocation deliver in spades on “Ashes Coalesce,” which is one hell of an undertaking. Their second record also is an economically served bundle at 45 minutes, so you can jump into the darkness and finally escape before it becomes too much. This is a tremendous piece of funeral doom that’ll pull you under and force you to see the darkness in everything.

For more on the band, go here: https://www.facebook.com/ConvocationDoom/

For more on the label, go here: http://sentientruin.com/