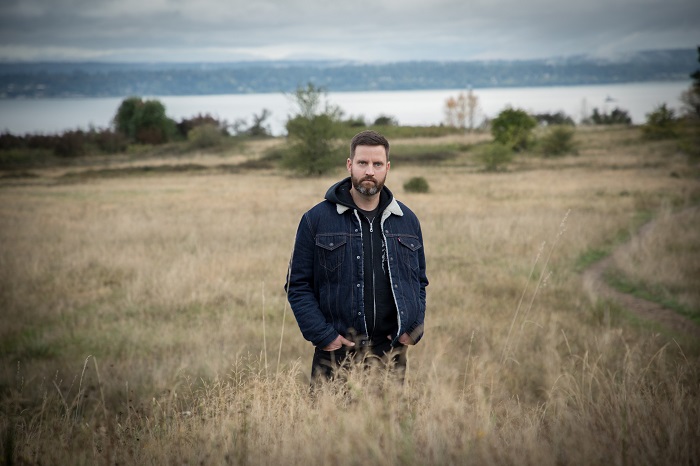 There’s a lot of music out there right now that’s lashing back against the greater globe of tyrannical authority, which makes a lot of sense since social uprisings of late finally seem to have woken up to what’s going on and how we’re under the wheels. But truth is, these themes always have been out there, especially in heavy music circles, so what we’re seeing is a timely resurgence.

Musician Forest Bohrer is fighting the good battle against issues such as human and environmental issues as well as the thrust of capitalism that has crushed so many, and he’s doing so with his project Adzes, whose debut full-length “No One Wants to Speak About It” is arriving on the physical plane. His music combines elements of black metal, punk, noise, doom, hardcore, and plenty of other heavy flavors, and the eight tracks that stretch over about 50 minutes might be aligned thematically, but musically it’s a different story. Bohrer smashes through boundaries as he puts together these songs, splashing in every influence at his disposal, which makes for a rich, diverse listen. That also makes this music ripe for finding wide-ranging audiences, as there really is something for most ears, but at the heart are the messages, which stand rigid and firm, refusing to waver. 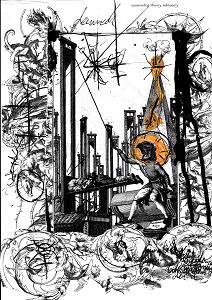 “Divide” opens the record and is the longest track here by a second. Dark guitars pour in before sludgy pounding loosens bricks, and Bohrer’s deep clean singing glazes over. Then that turns to guttural growls while the leads burn to life, and the ferocity brings thicker shadows. Roars punish as the pace clobbers, loading fuel on to the fire as the song reaches its climax. “Jesus Built My Death Squads” (obviously a nod toward Ministry from the title) has noise hanging in the air and the drumming opening up, while the pace remains calculated throughout. Guitars slosh while the growls slither, and a heavy low end brings added grime. Guitars haunt over an agitated burn while the track rings out. The title track has tricky guitars and drums blasting, erupting into a rage. Parts of this have a hardcore bend to them, as the bass recoils and strikes, and everything races hard again. The playing hammers ribs as the blazes return, bringing a churning conclusion. “415” has noise fluttering and the bass landing blows while a slow-driving hell is achieved. Into the furnace we go as shrieks crush, and a monstrous trail is carved, ending in noise-infested brutality.

“Demon-Haunted” has a feedback wave before sludgy doom races through the doors, and an animalistic pace lands blows. The ground is thick with tar as madness spreads its wings, and the guitars open up and sizzle. Raspy wails accompany the heaviness while the guitar work is like lemon juice in a wound, leaving you wincing as static spits jolts, and the track ends with a slowly increasing volume shock. “Overcome” is an instrumental piece woven together with clips about the melting Arctic and the disastrous climate situation too many have ignored for too long. The playing proves a murky, somber backing to this reality that’s teetering way too close to too late. “Loss” sits apart from the rest of the tracks as it simmers more in 90s college rock territory, which warms my heart. Clean vocals warble as synth warms the waters, and later on, guitar squall collects and sends energy shots that wrap around the lower-end vocals. The final moments charge up, with the guitars stabbing out in the end. Closer “I Won’t Last Forever” begins as warm air hangs overhead as the playing slowly mashes as guitars create heat lightning. The music maintains a punchy feel while the bass simmers and gets pretty proggy, while pace winds down and bleeds out into the ground.

Bohrer’s first full-length record under the Adzes banner achieves a lot of things from creating a diverse collection of heaviness to delivering pertinent messages that are vital and ever so timely. “No One Wants to Speak About It” also is a pretty spot-on title, though perhaps some of those messages are starting to sink into more people as we experience an astonishing awakening. Music like Adzes’ provides the perfect fuel for our torches as we try to battle back against generations of bullshit and work to achieve some personal catharsis along the way.

For more on the band, go here: https://www.facebook.com/Adzesband/

For more on the label, go here: https://www.facebook.com/tridroidrecords