We have, how you say, a backlog here at Meat Mead Metal. It happens more often than you think.

Because there is a log jam of records I need to address, I’m going to knock out some of them today so that I can relieve the pressure on my psyche. I barely sleep at night as a result. I figured since I’m pumping out my takes on three records today, I’d make them as diverse as humanly possible. There could be some crossover – obviously I got into all three – but if you’re more inclined to prefer one style over the other, maybe these won’t all be for you. Maybe you’ll hate them all. I can’t decide these things. Let’s get to this so we can get Monday the eff over with. 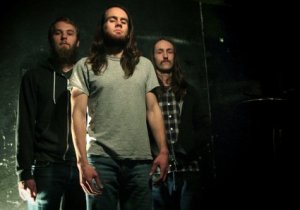 Baring Teeth put out their debut full-length “Atrophy” on Willowtip, and it’s a dizzying, technically-smashing, deliriously fun record that should find fans among math metal, prog and death audiences with very little problem. The Dallas-based band began at Soviet a few years ago and, after they changed their moniker, punched out a demo that led to their joining Willowtip. And considering the bands that make up Willowtip’s roster, there probably isn’t a better home for this band.

Comparisons can be drawn to Meshuggah, Atheist, Dillinger Escape Plan and Between the Buried and Me, and the eight-cut

album is both exploratory and vicious. The trio of Andrew Hawkins (guitar/vocals), Scott Addison (bass/vocals) and Jason Roe (drums) certainly get as techy as can be, so that should please people who like to nerd out over prowess, but they don’t fall victim to their talents and have a knack for writing memorable songs you won’t mind experiencing live. “End” is my personal favorite cut as it’s shifty and quaking and contains some of the meatiest thrashing on the entire record. “Distilled in Fire” had some crazy, loopy guitar lines that can make your brain feel kind of funny. Actually, while on some very strong painkillers a couple weeks ago for an injured ankle, this song freaked me out huge. That was pretty awesome. “Scarred Fingertips” is doomy and bubbly most of the way, and finally toward the end, a guttural growl assault fires up, while “Anti-Holy” is like death metal designed to soundtrack a bizarre cartoon chase scene. It’s a really promising debut that hopefully will catch on and keep these guys working both on the road and toward another record.

For more on the label, go here: http://www.willowtip.com/

I’ve always thought it takes a lot of patience, a sense of humor, and some tolerance to get along with French experimental black metal band Peste Noire, and their latest album really is no different. It’s sort of like a black metal show set up stage in the middle of a carnival, and all of the assorted players decided to throw their two cents into the performance. Never has this been a band for everyone, but those who get this whole thing, chances are their admiration for Peste Noire (bubonic plague in English) borders of psychosis. They also have been a rather influential band during their time together, and their roster has been fairly revolving door-style ever since the band came to be (Neige of Alcest/Amesoeurs/Forgotten Woods), yet they’ve kept going, terrifying people along the way. 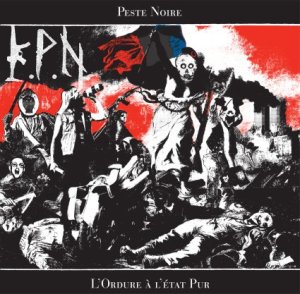 It also would help if you speak French and whatever other languages they throw into this thing, and bandleader La Sale Famine de Valfunde (or DJ Famine, if that’s easier for you to say) certainly is at his most verbose on “L’Ordure è l’État Pur.” This album, that runs five lengthy tracks, is bizarre, noisy, abrasive, insane, ambitious, experimental, clown-like, all sorts of different things. In a write-up I did elsewhere about this record, I compared this album to gypsy-like indie bands such as Man Man, Gogol Bordello or DeVotchKa trying to take their philosophies and apply them to evil and blackness of metal. The song titles are equally as taxing if you don’t speak the French (and I don’t), but you can feel the madness that pours from this band, as they employ various musical elements such folk dashes, mournful strings, Medieval-style beer hall sing-alongs, explosive thrashing, and human-made farm noises. That’s not a misprint. It’s such a difficult record and band to describe, and no matter how long I write about them, I never feel like I hit the nail on the head. Basically, put aside your judgments, forget what black metal is “supposed” to sound like, and get lost in their bizarre world.

For more on the band, go here: http://www.myspace.com/pestenoiremetal

For more on the label, go here: http://transcendentalcreations.com/ 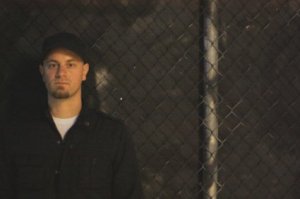 The dissolution of ISIS, one of the most important, influential post-metal bands of all time, was a huge surprise and a big blow. But it also felt kind of natural that the band came to its end, as they seemed to have sort of finished the journey. Plus, it was obvious that the band members would go onto other things. Aaron Turner, singer/guitarist, popped up first on the second Mammifer album “Mare Decendrii” alongside mate Faith Coloccia, and it organically and spiritually expands on what the group achieved on their debut “Hirror Enniffer.” Now, bassist Jeff Caxide has reported back with his new project Crone and first record “Endless Midnight,” an incredibly riveting, stimulating instrumental album that’s perfect for a nighttime setting.

The five-track, 50-minute effort also has appearances by his former band members Bryant Clifford Meyer and Aaron Harris, and Turner 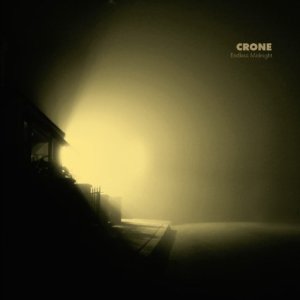 and Coloccia contributed photo and artwork, so it almost seems like it was a family experience after all. The music is dream-like and gorgeous, and I’ve found myself listening to this record a lot at night after all the lights have gone out, my wife and animals have gone to sleep, and I’m awake with my thoughts. It lets my mind wander and expand, and it’s great music to absorb when trying to slip into consciousness each night. It, of course, it not exactly metal. It’s more ambient than anything, but people who like bands such as Nadja probably will be into this. I know I’ll keep going back for more, especially at night when I’m buried under covers thinking about aliens and ghosts.

For more on the label, go here: http://www.translationloss.com/