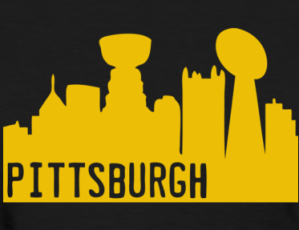 I’ve been meaning to say more about my hometown for a while, and today feels like a good day for that, especially since I have some new material to discuss.

Now, Pittsburgh probably isn’t thought of as a hotbed of music to people around the world, and that assertion would mostly be correct. We did give everyone Girl Talk and Wiz Khalifa, and soon you’ll know more about Mac Miller, so, there’s that. Also, people probably know Donnie Iris. Trust me, you can barely take a step in this town without someone name-dropping him. If you live here and rely solely on the local papers to educate you about music, here is what you would think: The Clarks (who are so painfully mediocre, I refuse to type their name in bold) modernized downhome bar rock, Bruce Springsteen is a shameless copy of Joe Grushecky, and not vice versa, and heavy metal died and only lives again with each Black Sabbath reunion. It’s amazing. Also, you’d be under the impression Elvis Costello died on the cross, rose three days later, and brought salvation to all mankind.

Metal barely gets a mention. A couple years ago, now-defunct Demise of Eros put out a nationally released record, and no one save for The Daily News (where I write) did anything about it. Zao gets talked about now and again, after they toiled for years and years. You’d have to scour heavily to find anything on modern acts Hero Destroyed and Complete Failure, who both have releases out on Relapse, and Circle of Dead Children (Willowtip). Sometimes they’ll mention Zombi to maintain their indie cred, whatever that is. So when I started this site, I decided along with what I write about every day, I was going to make sure the Pittsburgh contingent of metal and hardcore bands got representation, because the “music writers” here sure haven’t helped cultivate the scene. So let’s go, because we got some shit to get into. 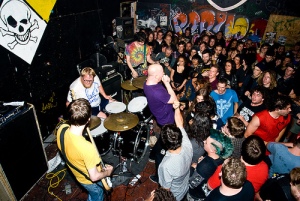 First up are hardcore heroes Slices, who if you ever scoured the upcoming events sections and concert listings in this town, you’d see their name everywhere. It seemed each time I went to see what Mr. Roboto Project (recently revived!) had coming up at their DIY space, Slices were on the bill. They were everywhere, leveling audiences with their brand of furious noise and, later, grown-up hardcore. By that I mean they weren’t trying to reach out to the Hot Topic-pants wearing kids who have been raised on a very antiseptic, safe version of the genre, but rather grasped the working class, those who went to a job every day and needed a place to go let out the steam. They didn’t focus on that aspect of life, of course, but they were there if you wanted to forget about that aspect of your day and didn’t want to be insulted by undercooked rock. If you’re in that grouping, Slices probably are your band. That’s not to suggest the guys don’t have fun, because they do, but they never sound juvenile. They always sound like they mean it, even when their tongues are in their cheeks. 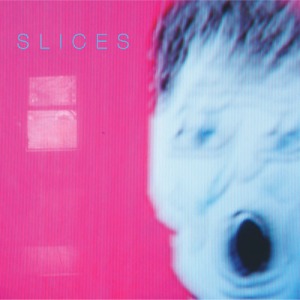 The band just put out a new 7-inch with Kemado Records (The Sword, True Widow, Saviours), a buffer piece between their first album “Cruising” and still-to-come sophomore effort “Still Cruising,” and the results are pretty damn satisfying. If you can imagine a mix of Fucked Up, Black Flag, a little noise rock and some downright classic rock n roll riffage, then you’ll know what you’re getting on these two cuts. The band, made up of members of other local acts such as Warzone Womyn and Brain Handle, set things ablaze on “Modern Bride” with a wail of feedback before catching onto a riff that’s bruising and punk-flavored. The vocals are mean, the song rages, and it feels like what matinee shows were made to showcase. Flip side “Chump Change” is a punchy affair, with a chorus featuring Greg Mantooth howling, “You will, and I won’t, you say, I don’t,” that’s spat so convincingly, most would decline an argument over the matter. The two-track effort probably gives a good idea of where they’re going on album two and it’s a far cry from their noise past. It’s an excellent piece of Steel City tonnage that will make you cry from the bruising.

For more on the band, go here: http://www.kemado.com/?tag=slices 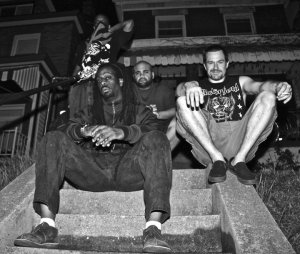 Killer of Sheep is a new band on the scene, but its ranks are made up of grizzled scene veterans. Oyo Ellis and Greg Mairs originally played together in Battered Citizen in the 1980s, and now that they’re older and wiser, they have channeled their energy a bit more but have not lost even an ounce of their intensity. Their music sounds like classic hardcore, both violent and super-speedy, and they’re one of those bands that easily could be at home on a hardcore or metal bill somewhere in town. The fellows have been pretty active the past year, playing Helter Shelter and the Smiling Moose, among other venues, and they’re a band to keep an eye on going forward since their story really has just begun. They pressed 500 copies of a debut 7-inch called “Out of Time,” but I’ll be damned if I can find a link online where you can buy it. Guess you’ll have to hit Eide’s or Paul’s locally.

To check out some cuts from Killer of Sheep, go here: http://www.reverbnation.com/KILLEROFSHEEP 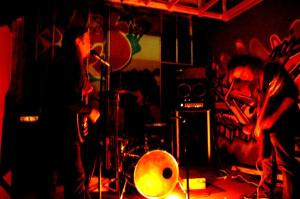 One of the weirder, tougher-to-digest bands raising a raucous lately is Brown Angel, who put out their long-awaited self-titled debut full-length last year on Thunderhaus Ltd. They just opened a show here for Zao, and I remember when seeing that lineup that they might be a little out of place. Brown Angel’s music is more abrasive, challenging, noise-encrusted, and potentially off-putting if you don’t have an open mind. Their self-titled album is way more streamlined than their super-out-there earlier recordings, but it still isn’t an easy listen to untrained ears. The songs are fully damaged examples of noise metal with barked and spat vocals that sound more like accusations and warnings than a spun yarn. I’m not even sure how on the dot this comparison will be, but if you happen to count Sunn 0))), Khanate, Swans, Jesus Lizard and any numbers of Crucial Blast bands as your favorites, you need to check these guys out right away. If you develop tinnitus when it’s all over, that’s a common side effect. You need not worry. Prepare for a bizarre, destructive journey.

For more on the band, go here: http://www.facebook.com/Br0wnAngel?sk=info

To check out their bandcamp, go here: http://brownangel.bandcamp.com/

To check out clips of their more recent material, go here: http://soundcloud.com/brown-angel

These are just a few of the local bands that have been rolling around my head lately. I’ll be sure to bring you more soon so that the rest of the world can understand Pittsburgh isn’t just the home of shitty bar rock and local legends who have long since passed their expiration date.