A few weeks ago, I got a gigantic package from Earache Records. I had typically been in regular contact with the legendary metal label for the past decade or so, but this year, things broke off and I was left wondering what happened.

Well, it was simple. The person I used to deal with at Earache wasn’t with the company anymore, my e-mail address changed (not by choice), and their promo delivery switched in the meantime.  So there’s the paper trail. But with a ton of help from their new U.S. press contact (as well as their U.K. publicist), I ended up not only back in the loop but with the big package of material to sift through. This is one of the reasons I enjoy dealing with metal labels a million times more than any others. They go out of their way to make sure you’re connected.

I’m sure I don’t need to rehash Earache’s entire history, and I won’t. But quickly, the label was started by Digby Pearson in 1985 in Nottingham, England, and Earache has been incredibly influential and helped give a name to bands such as Napalm Death, Carcass (Jeff Walker designed the original logo), Bolt Thrower, At the Gates, Morbid Angel, Sleep, Cathedral, Godflesh, Hate Eternal, and more recently, Municipal Waste, Bonded By Blood and Evile (new album out in September, by the way). While the label has kind of taken a back seat in the U.S. the last few years while others flourished, they’ve recently struck back with some quality new signings such as Singapore grinders Wormrot, throwback doom warriors Hour of 13, and modern thrashers Diamond Plate, whose “Generation Why?” drops Aug. 9.

Another of Earache’s stronger signings of late is Canadian doom/black metal mopers Woods of Ypres, who had their most recent album reissued, with a new record “Woods 5: You Were the Light” tentatively expected to drop this year or next. If you can imagine the cascading black metal power of Agalloch mixed with the bloody, wounded hearts of Type O Negative or Katatonia, you’ll have a pretty good idea of what to expect from this band. It’s dark, depressive and dingy, though at times, they absolutely soar. Each of their records have come out on fairly small independent labels, with their first three out on Krankenhaus Records, and the one we’ll discuss now unleashed by Practical Art. 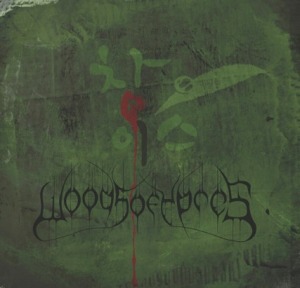 “Woods 4: The GREEN Album” gets off to a pretty weird, initially off-putting start with “Shards of Love,” a post-relationship, what-happened piece that lyrically is so raw that it sometimes feels undercooked. But the more you listen, the more it sounds like two people having a true-to-life conversation about a love that is dead with no chance of resuscitation. And it’s all downhill from there. Emotionally, that is. The music is riveting, often gothically morose, other times atmospherically savage. It sometimes sounds like two completely different bands adding their own pieces to the same document and everything somehow working out. Frontman/guitarist David Gold can toggle his vocal approaches seamlessly, and the rest of his mates – guitarist Bryan Belleau (he’s since been replaced by Joel Violette), bassist Shane Madden, drummer Evan Madden – setting the perfect tone. There are some crushing moments on here, such as letter-from-the-grave “By the Time You Read This (I Will Already Be Dead”; swollen-in-death “I Was Buried in Mount Pleasant Cemetery”; and awesome existence-is-shit anthem “Wet Leather,” where Gold states, “Life is just pain and piss, and everything is a scam.” It’s not a wrist-slasher of an album, but one that’ll help you relate and perhaps feel a little stronger in its wake. Tremendous signing.

For more on the band, go here: http://www.myspace.com/woodsofypres 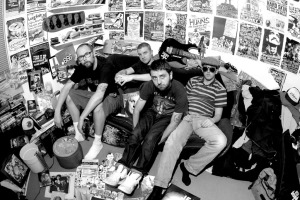 The Earache band that best represents the label’s earlier days is SSS, which stands for Short Sharp Shock. The band is a thrash crossover quartet from Liverpool that sounds shockingly like early Slayer without Kerry King’s and Jeff Hanneman’s guitar histrionics but with all of their attitude. You also can hear some Suicidal Tendencies, Agnostic Front and, naturally, Napalm Death (their frontman Barney Greenway guests on their new record “Problems to the Answer”) in their snotty, attitude-laden power.

“Problems” is the band’s third full-length record, and they whip together 25 songs that last just 41 minutes combined, which is a similar 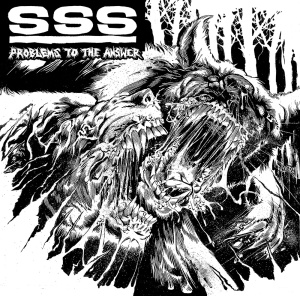 template the early grindcore and punk bands followed. Naturally, it’s tough to keep up with the track count at times, as cuts such as “Birdshit,” “Laughing Leads to Crying,” “Roar” and “What Would Cards Do?” blast by in a minute or less. There even are songs you won’t realize exist if you’re not paying close mind, such as six-second “Direct Action” and 26-second “Quick Fix,” but it’s all a part of the fun. Where the band really shines is when they stretch things out a bit, such as on awesome opening track “The Kill Floor,” where frontman Foxy sounds almost exactly like a young Tom Araya; “White Bread,” which is fast as hell as has hardcore genes; “Sick Pleasures,” a fun, splattering song that’s full of venom; punk-powered instrumental “Future Primitive,” a song that’s four times as long as most of what’s on here but manages to stay interesting; and curveball closer “Strange Notes,” another instrumental that sounds more like them screwing around rather than making some hifalutin artistic statement. It’s a fun blast of an album that you should take to your next keg party.

For more on the band, go here: http://www.earache.com/bands/sss/sss.html

To buy “Problems to the Answer” and other stuff, go here: http://earache.com/uswebstore/index.php/cPath/667_673_97

The band The Soulless might sound like a new one, but they really aren’t. You might know them better as Ignominious Incarceration, the name the group used before they selected their new moniker. Granted, their old name was a mouthful and didn’t really have much of a ring to it, but it was better than the generic new thing they came up with. Then again, they also changed their sound to something, well, pretty run of the mill, so perhaps The Soulless actually suits them better now.

Instead of sticking to melodic death metal they served up on 2009’s “Of Winter Born,” they decided to take things back half a decade on “Isolated” and trudge the well-worn, overly beaten metalcore path. If Ozzfest was still a thing, these guys would be ideal for that 10 a.m. timeslot, where most of the fans are just filing in and people haven’t had their energy drinks yet. Not to be totally insulting to this band, because they actually play the metalcore thing just fine, it’s just a tired sound that’s been stale for so long that I really don’t see the point at all. They do OK on songs such as “New Perspective,” despite unearthing the cliché of clichés with the “what doesn’t kill us …” thing, and they prove pretty explosive on “Revelation” and “Unite Us,” where some of their past shines through. But they do themselves no favors elsewhere, especially on “Clones,” where frontman Andy Wardle proclaims, “No one wants to be a clone.” Oops. It’s not too late to turn back, guys. It might be a wise choice.

For more on the band, go here: http://thesoullessband.com/

For more on the label, go here: http://earache.com/

We’ll certainly have more from Earache moving forward, and I’m excited to add this label back into my coverage. Expect reviews of Diamond Plate and Evile in the near future.