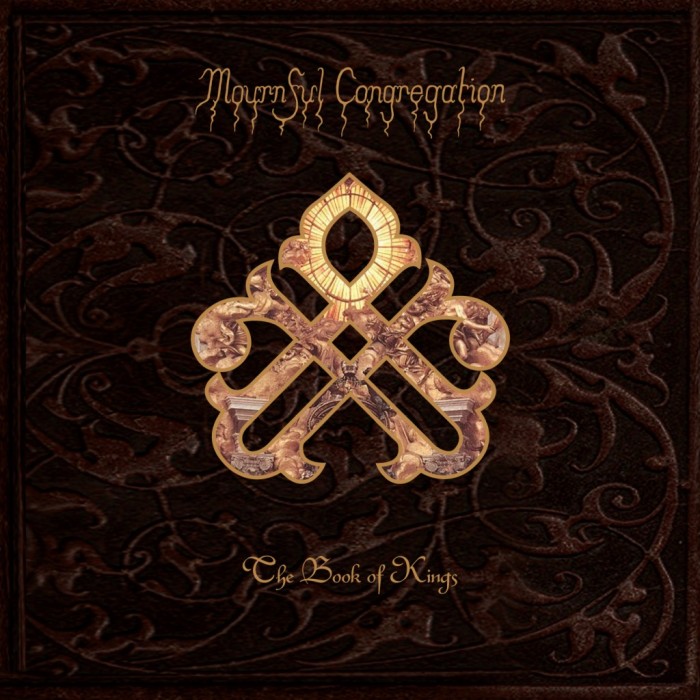 Depression, sadness and sorrow long have been important elements of doom and metal in general. It’s OK to not feel good and to speak out about it. Too often in our society we shy away from sadness and anguish because they are things that don’t feel nice. And we have so many things to distract us from what’s going on underneath our surface that we can hold off facing the tumult until we absolutely have to meet it head on. Or it just subsides somewhere over time and we grow hardened shells unable to identify anything but good thoughts. It’s not human.

This is one of the reasons I’ve always identified greatly with Australian funeral doom juggernauts Mournful Congregation, and their latest album “The Book of Kings” is their most crushing record to date. It’s the embodiment of those negative emotions that, when they’re allowed to set in and fester, can change us as humans. Those feelings make us whole. They make us well-rounded. If we ran around only paying heed to positive thoughts, we’d be living a lie, and one day when something horrible happened, we’d have no clue how to cope. As I’ve sort of alluded to a lot the past few months, I had a pretty emotionally scarring 2011, and I often struggled to be able to put a happy face on anything. Eventually I realized that the sadness and pain I was experiencing was something that, while not a lot of fun to endure, would make me a more complete person. It had to be tackled. I credit “The Book of Kings” with helping me on my journey, not because it told me how to feel, but because it showed me there are others who revel in darkness and find ways to convey their experiences.

I didn’t have access to this record until the autumn, when I was in the midst of a period of understanding this pain, but when it did arrive, it seemed to speak to many of the things I had faced. It was cathartic and calming for me, it let me sink into the doldrums and swim with the madness. Songs such as the excellent opener “The Catechism of Depression,” the surprisingly beautiful and atmospheric “The Bitter Veils of Solemnity” and the epic closing title cut (a song longer than some of the full albums on my top 40 list) were just what I needed. On top of the music relating to my frame of mind, it also was a rush to hear Mournful Congregation really come into their own and make a genre classic. That’s not to suggest their earlier work wasn’t incredibly effective, because it was, but “The Book of Kings” (their fourth full-length) seemed to be the record that would stand as their watershed moment. It’s a masterpiece from top to bottom, and while I’ve long been a fan of this band, my love of their art never has been as strong as it is right now. I cannot more highly recommend this record. If you love doom, you owe yourself this journey. Just understand that if you take it, you’ll never be the same again.

Mournful Congregation drummer Adrian Bickle and guitarist/vocalist Damon Good were kind enough to answer some questions about their caterwauling new record, the importance of reaching out to such dark emotions, and their arrival – finally! – to play shows in the United States. 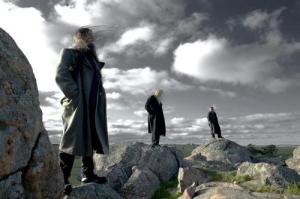 Meat Mead Metal: “The Book of Kings” seems to have really opened people’s eyes in the United States to the power of Mournful Congregation. Are you pleased with the reaction the record has received?

Adrian Bickle: Yes, we’re extremely satisfied with how things have been progressing in the U.S. 20 Buck Spin have done a tremendous promotional job and hopefully the release of “The Book of Kings,” along with our recent shows over there, has further consolidated this increasing awareness of us amongst the American audience.

MMM: It goes without saying your music is soul-crushingly depressing. Do you look at your music as a means of catharsis for your inner struggles? Or is it more a comment of how you feel in your day-to-day life? Or is it something else?

AB: Our subject matter does vary but partly what we explore as a band are certain psychologically and emotionally harrowing elements of the human experience. It’s possible to delve into these themes without necessarily advocating them. Each human experiences depression to some extent throughout their life, and part of what we do is to construct a sonic landscape for these most bleak of times.

As individuals within the band, we would each have a different perspective. For some it may be more cathartic, some of us may carry more emotional burdens in our daily lives. As an entity though, it all manifests into the whole. We seek our own wisdom, our own answers. We are not the torchbearers in the cognitive storms of others.

MMM: You finally arrived in America to do a proper tour, albeit on the West Coast exclusively. How did that journey turn out? Can we expect Mournful Congregation to return any time soon for more shows?

AB: The journey was something very special for us. We were given the opportunity to meet some exceptional people and to perform alongside phenomenal bands. We really do look forward to returning there, although at this point in time it’s difficult for us to say precisely when that will be.

MMM: Before “The Book of Kings” was released, 20 Buck Spin released “The Unspoken Hymns” compilation. Was that release designed to introduce newer fans to your sound before the new record was released? Was that your idea or the label’s?

AB: I believe it was a label initiative, but the idea of consolidating this array of sold-out vinyl, splits, etc. and making them all available on one release was something we’d been considering for a while. It definitely did serve as an additional promotional tool prior to the release of the new album, particularly in the U.S. where we have previously lacked a bit on this front.

MMM: How did you hook up with 20 Buck Spin, and do you see this as a long-term relationship going forward?

Damon Good: We were aware of 20 Buck Spin as being a good, solid U.S. label, but the prompt came from Profound Lore Records whom I work with in relation to my other band Stargazer. So it was upon (Chris Bruni’s) suggestion that we contact 20 Buck Spin. And what a perfect suggestion it was.

MMM: Our web site declared “The Book of Kings” as the band’s finest accomplishment to date. How do you feel about the record now that you’ve had some time to step away from the creative process and reinterpret these songs live?

AB: Thank you, that means a lot. Without a doubt we put more time, effort and consideration into this record than ever before, and it’s the most satisfied we’ve been with an outcome. The energy on the album feels right, which is so important with this type of music. In the live capacity we are performing two of the four songs, and they seem to translate well in that environment, which is pleasing.

For more on the band, go here: http://www.mournfulcongregation.com/

To buy “The Book of Kings,” go here: http://www.20buckspin.com/site/releases/spin045-mournful-congregation-the-book-of-kings-cd/

To buy “The Book of Kings” and “The Unspoken Hymns” as a discounted package, go here: http://www.20buckspin.com/store/product_info.php?cPath=1&products_id=1017

For more on the label, go here: http://20buckspin.com/site/