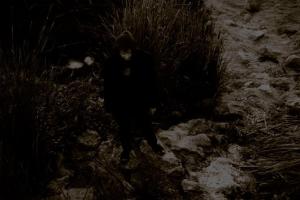 Do you realize how tiny you are? Seriously, I don’t care if you’re 7 feet tall and weigh 500 lbs., you’re awfully small. Sure, you’re a giant compared to other people, but when it comes to the vast container that holds the planet on which you live, you’re a speck of dust. That’s being kind, by the way.

That’s a weird concept to consider, your basic insignificance to the universe as a whole. For people who walk around this planet like they’re tougher than all — mostly dudes, let’s face it — a black hole would laugh at you. After consuming you. You can’t measure up to a supernova even if you tried really hard. You’re nothing, and no matter how big a truck you drive, you are minuscule. That’s actually a healthy thing to consider and absorb. To be in awe of nature and space is a humbling experience, one that could do all of us a little good when our heads get big at times. No matter how great you think you are, you’re trumped.

When I was growing up, I’d watch Carl Sagan’s “Cosmos” from time to time. It was a show that really shouldn’t appeal to a child, and the only reason it did was because it frightened me. Sagan would talk about how tiny our planet is, how vast the universe is, and about how he lives his life in this quest for a greater understanding of what’s out there and how it affects us. When I watch Sagan today, I get a little teary eyed. It’s an incredible envelope we’re in, and it doesn’t fucking end. The fact that people like Rep. Paul Broun (R-Ga.) can ignore much of this and date Earth at 9,000 years both angers and saddens me. But that’s his problem, and I can’t make excuses for people’s ignorance. 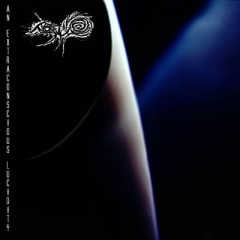 My guess is Jacob Buczarski probably doesn’t think much of Broun’s theories either, though I don’t claim to speak for him. He’s the sole member of atmospheric black metal band Mare Cognitum (named after one of the dark basins on the moon’s surface), and his second effort under that banner, “An Extraconscious Lucidity,” has surfaced with concentration on one’s own place in the universe and what witnessing some of the existence-altering, cosmos-forming events might be like. In fact, I reached out to Buczarski about some of the deeper themes on the record, and this is what he had to say:

“On this album, each song generally surrounds cosmic events and either the personification of these celestial bodies or the witnessing of a significant or catastrophic astronomical event by an individual. The purpose of this is to turn an otherwise cold and emotionless topic like the cosmos into a personal and intimate experience fitting of the depressive and atmospheric music. The result is an exploration of topics like the purpose of sentience and experience, the significance and perception of beauty in various forms, and the vast array of emotions one could experience when somehow witnessing an event like, say, a universe devouring another. This of course greatly represents the feelings I personally experience when viewing the stars and imagining these events in my mind: that of overwhelming mystery. It is meant to be humbling and introspective and make you consider your relative worth as not only an observer, but also a part of the cosmos which contains things far more influential than yourself as an individual, and even man as a species. This topic provides a strong framework for me to compose songs that I believe are capable of evoking powerful emotions in the listener.”

“An Extraconscious Lucidity” follows last year’s equally stunning “The Sea Which Has Become Known,” and the music fits Buczarski’s description perfectly. It wholly engaging, it’s emotional, it’s cathartic, it’s awe inspiring, and it pays homage to a greater force that causes him to dream and imagine things that very well could consume him and the very existence of humankind. Realizing how fragile, temporary, and easily destroyed our world is has been lost on so many people, who maintain some illusion of invincibility. But it’s clear Mare Cognitum’s music is aware of this dark possibility and accepts what will be will be.

“Collapse Into Essence” opens with a long stretch of spacey, ambient music that sets a mood right off the bat. It has an episodic build, and then it blows apart, with harsh shrieks, washed-out metallics, and a cascading tempo that pushes you to the brink of destruction. Then it’s into “Pyre of Ascendance,” that opens with some speedy guitar runs, more aggressive qualities, some lightning-strike intensity, and a final gallop that seems to tilt its cap toward the dawn of Bay Area thrash. It chugs and puffs, and it’s an exhilarating song. “Degeneracy Pressure” opens clean and calm, with some creaking that reminds me of someone in a rocking chair, gazing into the night sky through a telescope. The song then bursts to life, with wrenching shrieks and more guitar fireworks, leaving you exhausted but satisfied.

“Nascency” is a downpour of sound, with melodies that are alive and full of heart, and vocals from Buczarski that sound both anguished and vulnerable. “Ergosphere” is one of the most textured songs on the collection, with a wall of orchestral synth (at least I think that’s what it is) that leads the way to a pulverizing, hard-hitting assault, with Buczarski howling, “This place devours life!” That sets the stage for the title track finale, a flurried, yet spacious piece that rips the lid off the whole thing. There is plenty of fluid, melodic playing, and the vocals really go for broke, imagining the cacophony and immediate extinction of all life with observations such as, “My eyes ablaze, above the sea/To drink the brilliance of this display.” It’s paying homage to gorgeous Apocalypse that one cannot stop but must admire for its brute strength.

Buczarski’s visions on “An Extraconscious Lucidity” are sobering and magnificent. It’s similar to the Nordic black metal artists who sing of nature and their worship of their surroundings, only on a cosmic level. Plus, the potential destruction he sees is not based on politics, or the downfall of human societies, or a global power struggle. It’s at random. It’s the universe deciding our fate. We are powerless against it. This album captures that dread nicely but also couples with it an admiration for the beauty of the great beyond. Like “Cosmos” made me feel growing up, I’ll probably never think of the stars in quite the same away again. I’m chilled all over again, and it gives me even more reason to stare into the night sky with a renewed sense of respect.

For more on the band, go here: http://www.facebook.com/MareCognitumMusic