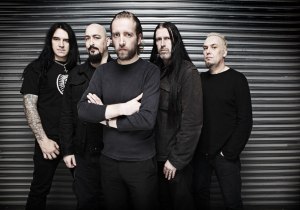 This past year’s been a pretty good one for doom metal legends Paradise Lost. First, they put out a great new record “Tragic Idol” that’s one of their best recordings of the past decade, and then they toured the United States alongside equally celebrated Swedes Katatonia to form one of the best gloom one-two punches found on any stage anywhere.

But that wasn’t the end of things for Paradise Lost fans, not by a longshot. The End Records, who have been re-releasing much of the Music for Nations catalog, including the work Opeth did under that banner, now are putting Paradise Lost’s earlier works back on the market in fresh, reissued form. Their third through sixth albums are readily available once again, as well as a best-of collection that properly summarizes those efforts, and hearing these records again really gives the listener a memory or history lesson of where they originated and how they’ve changed.

When Paradise Lost started, they were much more aggressive and death metal-minded, which you can hear for yourself on their first two records – 1990’s debut “Lost Paradise” and the following year’s “Gothic” – if you’re not already familiar with their career path. But the albums this project focuses on really are the ones that pushed forward their more melodic, and at times, poppier transformation that alienated some fans and found stimulated pockets of admirers among other people. Over the last decade the band’s gotten heavier again, but never the way they were at the start. But despite that sort of return to form, there is much you’ll hear on these records that will remind you of the material on “Tragic Idol” and “Faith Divides Us—Death Unites Us.” 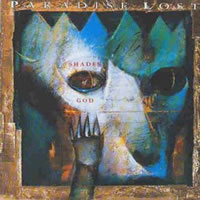 “Shades of God,” released in 1992, is Paradise Lost’s third album, and it is the one that signaled their stylistic shift away from death and more toward doom and goth sounds. The growls are still there from Nick Holmes, and he can sound downright savage at times on tracks such as “Mortals Watch the Day,” “Crying for Eternity,” and “No Forgiveness,” but he also leans more into his cleaner, sometimes James Hetfield-like croons on “Daylight Torn” and “Pity the Sadness,” a cut that sounds a lot like their modern material. Musically, the tone is dreary and muddy, with Greg Mackintosh’s lead playing both bleeding-heart emotional and pulverizingly dangerous. This is a great album, one that signaled the end of the band’s thorniness.

“Icon,” their 1993 follow-up effort, is the first to fully resemble the works the band has

been producing the last decade or so. The growls are gone, the guitars are melodic and melancholy and the songs are noticeably shorter than the driving epics of their first three records. It’s the dawning of their goth metal era. The album also is a little too long and overstuffed at 14 tracks and 50 minutes, almost as if they didn’t know when to say when. There’s some good stuff on here, from “Embers Fire” to “Remembrance” to the sludgy, punchy “Colossal Rains,” but clearly this was a feeling-out effort for these guys, one that would pave the way for, arguably, their masterpiece and one of the best pure doom metal records of all time. Speaking of which… 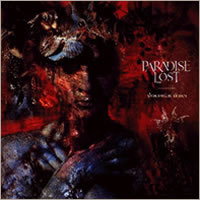 Paradise Lost’s fifth record “Draconian Times” remains a powerful document to this day, so much so that they opened their recent U.S. run playing “Enchantment,” one of the best and most beloved songs in their entire catalog. If you caught them live, was the whole room shouting back, “All I need is a simple reminder,” like the one here in Pittsburgh? They hit on all cylinders here, perfecting their new goth/doom style, writing razor-sharp songs that had immediacy and purpose, and coming up with timeless gems such as “Forever Failure,” “Shadowkings,” “Elusive Cure,” that has some nice moments of deathrock-style gushing, and “Hands of Reason,” where Mackintosh got to slip in some sinister riffs. This also comes with a bonus disc of demo tracks, live cuts, and a fairly by-the-books cover of The Smiths’ hit “How Soon Is Now?” that originally was offered as a bonus cut on “One Second.” Just an excellent record. An all-time great.

Naturally, that leads us to 1997’s “One Second,” yet another dramatic departure for the band. This record is practically 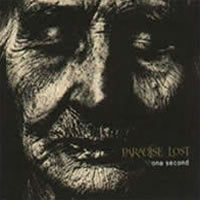 devoid of any strains of metal, and the band goes head-on into the Depeche Mode/Sisters of Mercy terrain. Holmes’ vocals sound completely different, as he’s not howling and yowling but actually singing, and truth be told, he’s really good at working with this style. Mackintosh’s and Aaron Aedy’s guitars practically take a backseat to synthesizer and programmed beats, and the entire record sounds like the soundtrack to a rainy, dreary day. How you feel about this record is determined by how you digest this era of the band, I’m sure, and while it isn’t my favorite of their collection, there are some great songs on here, such as the poppy title cut, New Wave-inspired “Mercy,” pushier “Blood of Another,” and “Say Just Words,” a track that ended the set of their U.S. run. This record changed their game for a while, and it led right into polarizing selections “Host” (1999) and “Believe in Nothing” (2002) before they returned to an edgier sound.

“Reflection” is a best-of collection, as noted earlier, and it’s useful if you don’t know much about the band from this time period or if you’re a completist and need to have this title. It’s a summary of their finer moments from the Music for Nations run, as well as some remixes and a few live cuts. Not a bad thing to have, but some consumers may see this as unnecessary.

These documents are vital to metal and to the history of Paradise Lost, and having them back in circulation is only right. These are great pieces to add to your personal collection if you lack them and also could make one hell of a great gift for the metal fan in your life. Give the gift of sadness.

For more on the band, go here: http://www.paradiselost.co.uk/