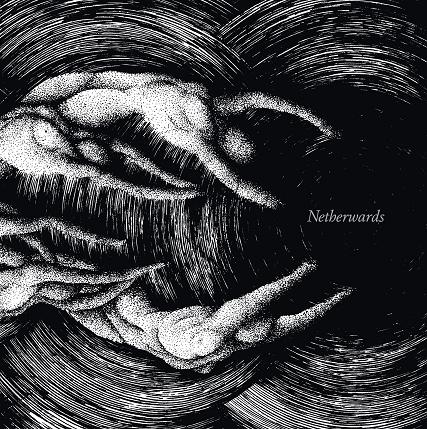 “Netherwards,” the debut full-length from wrenching Seattle doom crew Anhedonist, was high on the list of most anticipated albums of 2012. Their demo “The Drear” was a major eye-opener in 2010, and its brutality and expansive violence pointed toward greater things ahead once the band got more experience under their belts and an even greater idea of what their vitriolic vision could be. “Netherwards” is the culmination of all of that, and to say it blew my already lofty expectations out of the water would be a major understatement.”

Consisting of four songs that stretch over 40 minutes, the band mixes strains of traditional thinking in with their death-smeared new vision of what doom is in 2012. The songs are slow, pulverizing, and chock full of misery and depression, while guitarist VB’s guttural growls and shrieks paint the perfect picture of torture, both musically and psychologically. It’s an incredible listen, from pulverizing opener “Saturnine” all the way through to dark, foreboding closer “Inherent Opprobrium,” that even shows off some of their Black Sabbath worship. “Netherwards” is a modern doom classic, one that belongs in your collection immediately. We had a chance to ask bassist DF a few questions regarding the release, and his very to-the-point replies are below. Thanks to the band for their cooperation and for making one of the best metal records of the year. 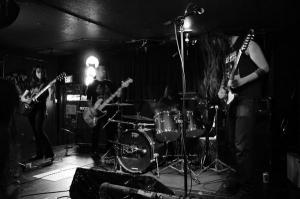 Meat Mead Metal: We named “Netherwards” our No. 5 metal releases of 2012. I was a big fan of “The Drear” release but really had my expectations blown away by the full-length. How do you feel about the album now that it’s been out a while and you can fully digest it?

DF: Honestly I can’t say that I have listened to the album since we got the final master back prior to release. That said, I certainly am still satisfied performing these songs live. No complaints.

MMM: The music, especially lyrically, is rather hopeless and bleak. From what do you draw inspiration for these songs? On that same note, how close to reality is the band’s name to how the band members feel about everyday life, or is the moniker more a living-vicariously-through-others kind of thing?

DF: A selection of literature and personal experiences influenced the content of the album specifically the lyrics, though a lot of it comes from a place only VB truly knows. People can have their own guesses about what miserable shits we are or are not, I suppose.

MMM: The Alexander Brown-created artwork certainly is intriguing. Was it totally his idea? Did the band have a concept in mind and go to him with it? What is the meaning behind the cover? It feels like a cloudy, murky human downward spiral.

DF: We had a couple rough ideas, and Alex did a brilliant job of actualizing them. The flesh of humanity dragged into nothingness.

MMM: Live actions have been limited recently mostly to the West Coast, which is understandable. Do you envision expanding touring a little more in the future? Or is that a factor or time and money that prevents you from doing so?

DF: We actually did a full U.S. tour in 2011 and have played in Canada once. Further shores are on the horizon now, as well as a full U.S. tour with a few festival stops in May/June. We aren’t particularly interested in touring too heavily for personal reasons.

MMM: The band hooked up with Dark Descent, a huge favorite over here at Meat Mead Metal and one of the most reliable death and doom labels going. How did your relationship come about? Are you happy with the arrangement?

DF: Matt is one of the most reliable, hard-working maniacs there is out there. DDR shall remain our label home for the foreseeable future, and we are beyond pleased with the support he has given us.

MMM: The band still has ties with Parasitic (along with Nuclear Winter Records) for the vinyl version of “Netherwards.” Talk about your relationship with Parasitic and what that’s meant to the band.

DF: Tim Parasitic did our first label release with the vinyl edition of the demo, and has done an unreal job with that and the “Netherwards” LP which was co-released with Nuclear Winter. Beyond that he has been a close friend and ally of ours for some time. As long as we release material I hope he will be involved somehow.

MMM: What does the band have scheduled for 2013? Are you thinking about new music yet? Any other interesting projects in the work?

DF: We are always working on new material. A split EP with Knelt Rote is nearly complete. Live demonstrations in the U.S. and abroad are in the works.

For more on the band, go here: http://anhedonist.blogspot.com/