15. UFOMMAMUT, “Oro: Opus Primum”/Oro: Opus Alter” (Neurot) – Italian space-age instrumental doom dreamers Ufommamut had a pretty big 2012. For one, they landed at Neurot, a place practically hand-crafted for their metallic vision, and they also put out a pair of albums that are designed to act as one piece of music. So is each piece equally as good? I don’t think you can judge them that way, as they act as a whole, so that’s why we’re placing them together on this list. If you just take on “Opus Primum,” you’ll have to be intrigued to hear “Opus Alter.” If you start with “Alter,” you’re in the middle of the story. They’re inseparable.

The two records focus on alchemy and the magic and science behind that concept, and the more than 90-minute journey travels over nine tracks, a lot of tumult, some of the band’s most agitated music yet, and the crown jewels of the group’s already awesome collection. You can sit back and put these albums back to back on your headphones and imagine a cosmic journey, if you will, or the alchemic creation of metals and elixirs designed to expand human possibilities. Either way, you’re bound to be fully mesmerized by this bizarre trio. (April 13/Sept. 17) 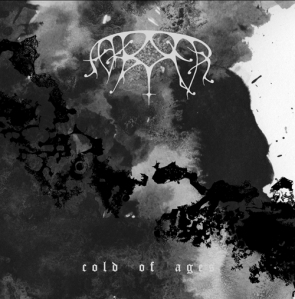 14. ASH BORER, “Cold of Ages” (Profound Lore) – It’s hard to find out a whole lot about Ash Borer, an atmospheric black metal and doom band that’s been blowing people out the last few years with a bunch of smaller releases. But after signing with Profound Lore, it appeared the band was ready for an all-out assault to show they have the machinations to be dangerous, and “Cold of Ages” makes that statement. This blanket of smoke and churning chaos is the best this band has sounded to date, and while they drill holes into your soul and fill them with soot, they also drub you with punishing testaments and terror-filled diatribes that fill you with excitement and fear.

There are but four tracks on “Cold of Ages” that, combined, run more than an hour long, so you’re in for a marathon engagement and sprawling epics that leave you heaving in a cold sweat. But while many bands run on and on either for vanity or because they don’t know when to say when, Ash Borer get every drop of value out of these songs, and there are times when songs end, such as riveting “Phantoms,” when I wonder what they could have done with five more minutes. These guys long have been underground phenoms waiting to break out into more ears, and they’ve done with that this album. God have mercy if you weren’t ready for this. (Aug. 14) 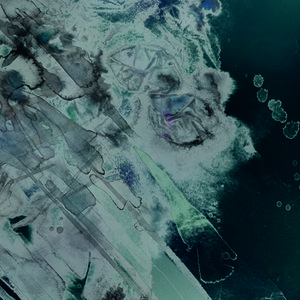 13. BOSSE-DE-NAGE, “III” (Profound Lore) – The more albums I hear from Bay Area lunatics Bosse-de-Nage, the more I wonder if one of their recordings sessions is going to end in ritual suicide. Their psyche sounds that unsteady on their albums, and they always seem on the brink of snapping. That’s not in the same sense that many other black metal-based bands seem to distribute self-destruction and mental self-immolation, because what this group practices is more of the mental deterioration variety and not the Satanic barbarism sense. That way, it’s more genuine to the fragile listener.

After a run on Flenser Records (they handle the vinyl version of “III,” though), the band jumped to Profound Lore for this astonishing, riveting display of aggression and meltdown that has as much to do with ’90s-style indie rock as it does with black arts. The messages and stories unfurled by B’s manic shrieks are enough to grab your attention and maybe even keep you up at night, and the rest of the band’s amalgamation of styles both can blow away the music dork in you and captivate the dark parts of your brain that are obsessed with fury. This band certainly isn’t for everyone, but those who get them cannot get enough of their bloodshed. As long as they don’t turn the blades on themselves.  (June 26)

To buy it on vinyl, go here: http://store.theflenser.com/

12. NEUROSIS, “Honor Found in Decay” (Neurot) – Easily one of, if not the, most influential bands in extreme music today, Neurosis could get away with cranking out the same shit over and over again. Who would question them? But they don’t do that, and each time out they try to add new layers into their sound and create something different than what came before. Perhaps that’s why they go so long between releases, and if that’s the case, they’ll get no questions from me, especially when they come up with something as enthralling and honest as “Honor Found in Decay.”

This seven-track, hour-long collection shows the band painting their canvas with more organic, folk-minded colors, to be expected with some of its members side projects, and the rage and power on display on this record is both astonishing and moving. Their muddy doom and atmospheric post-metal still surpasses by wide margins all the bands they influenced, and this statement by these veterans goes a long way toward proving that when someone is inspired by what’s in their hearts and souls, they never run out of meaningful contributions to give the world. This album is a triumph. (Oct. 30)

11. BELL WITCH, “Longing” (Profound Lore) – Late in the year, a ghost entered the room, and it turned out to be one of the more memorable apparitions in some time. It was the debut full-length “Longing” by Seattle-based duo Bell Witch, who originally floored us with their demo but just blew the doors of that thing entirely with this six-track, 67-minute opus. It’s a different kind of record than we usually get from the doom or sludge categories, though those traits are there as well, but they have a neat imagination and a way about searching some of the softer sides of these sounds that puts a human face on an otherwise damaged style.

The first two songs on the record push you to the half-hour mark already, and the wonderfully rich, varied compositions show the depth of their abilities. The filthy, buzzing bass work makes the need for other guitars obsolete, and the harsh growls and anguished vocals also step aside for cleaner passages and damn-near folk-level singing. This whole record is just so cool sounding, so damn listenable, that is has dominated my listening the past couple months. If you haven’t visited with Bell Witch yet, fix that problem right now and prepare to be haunted. (Nov. 13)