This month has been a strange one for metal, or maybe just for my ears. Perhaps the new global release date switching to Friday has something to do with this, and some of the good stuff is being saved, but man it’s been a meager month. A few really good releases and a bunch of blah.

Therefore we have to dig a little deeper to find some interesting music (a venture I totally don’t mind doing), and we have one today with “Bliss,” the first release from Danish death metal troupe Reverie. Now, don’t go jumping into the death pool with both feet, because there is a lot more to their music than a simple sub-genre tag. Like Tiamat before them, and alongside contemporaries such as Tribulation and Morbus Chron, this band is throwing all kinds of new paint swatches into that sound. It isn’t just an exercise in brutality; rather you get well-thought-out, interesting compositions that dare to go elsewhere and ultimately do. On this record are nine tracks and 35 minutes that are exciting, dangerous, and always willing to go into corners that many other bands are not inhabiting. Good for Reverie because they’re already more intriguing than the vast bit of death metal’s current offerings. 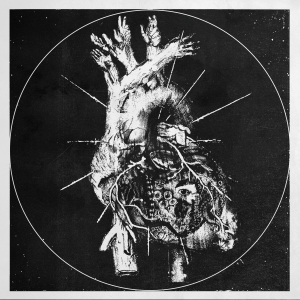 As for the artists who make up this band, we have Halfdan Holden Venlov on vocals; Andreas Bunin Trap-Jensen on guitars; Andreas Nielsen on bass; and Adam Kjær Nielsen on drums. Not that this is necessarily a relevant fact when it comes to their music, but it is worth pointing out none of the members have reached their 20th year. So you have youthful fire, incredible exuberance, and music that keeps adding gallons of fuel to their fires. I really hope this is just a beginning point, not just for albums but for their development, because we could be looking at one of the more exciting death metal bands over the coming decade. Time will tell if that promise pays off.

The record opens with “Dust and Dirt,” which pretty much tears through the doors with molten aggression, wild shrieks that sound like they emanate from a man lost in the wilderness, and strong thrashing to show the muscle of their sound. The song calms and enters into a smear, but then it’s full on attack mode the rest of the way. “Fall Apart” opens with slinky bass and a shadow of mystery, and then it’s onto a hammering pace and raw vocals that tear apart your senses. The elements keep piling on top of each other, making this more and more massive, with a fiery solo taking this home. The title track then slips in, a disarming collection of quiet acoustic guitars and flutes that feel like they’re heading into the mouth of madness. Yet that doesn’t occur until is spills into “Blood in the Sea” and Venlov’s howl of, “I will never die!” The guitars churn and char, as the band takes you on a fluid adventure that ramps the tempo up and drags it back, displays animalistic vocals that take on the vibe of a diatribe, and later lets acoustic slip behind the din almost like they snuck into the room. Great track. “Gennem Dine Ar” charges forward, with the howls sounding very much like a young Tom G. Warrior, the pace sweltering, and drums causing a ruckus. There is devastation in the air, with colorful sprawling giving this song a deep pool of texture from which to draw.

“First Reverie” opens the second serving with nice riffs leading the way and a feeling that’s more classic thrash than it is death. The vocals are menacing, with mad howls bursting out, and the band marches forward with a purpose and intent to maim. “Circles” makes no bones about wanting to do damage early and often, with the tempo launching and Venlov observantly wailing, “Circles never end!” Much of the song feels chilly and damaging, with the band unloading late in the track and the song coming to a fiery, yet wooshy finish. “From Sea to Shore” gets off to another strong start, with the band continuing their effort to keep you in the dark as to where the road is taking you and them paying off the intrigue with spirited playing, flattening assaults, and vocals that sound like they’re trying to undo some of the screws in your brain. Closer “Blind at Heart” is thrash-fed from the start, with Venlov’s patented shouts tearing open your eyelids. There is so much going on beneath the surface, from the steely bass work, to the scraping guitars that take on a peculiar haze, to the serene flutes that arrive to soothe you before one final trip into the volcano for a last dose of scorching lava.

Reverie breathe new life into death metal on “Bliss,” and they should be on anyone’s radar who wants to hear something new, exciting, and daring. This band has the goods to be something special, and a few more years under the belt, who knows what Reverie is going to sound like? As long as they keep things feral and ferocious, there are no limits for them.

For more on the band, go here: https://www.facebook.com/eirever

For more on the label, go here: http://invictusproductions.net/