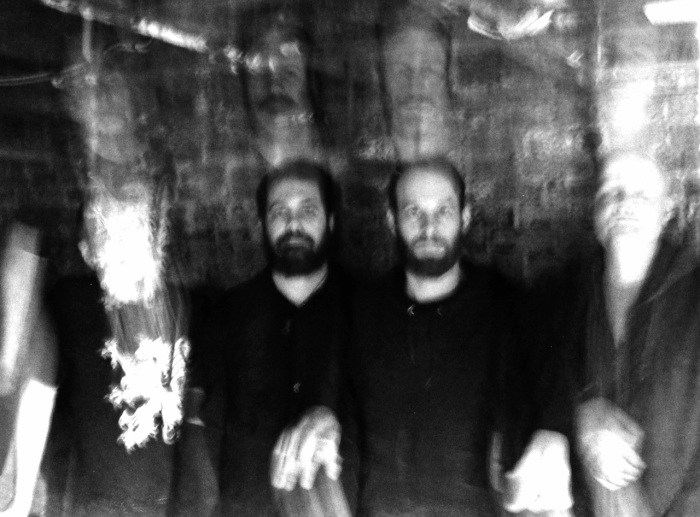 Brutality and unquestioned evil intent are ingredients so many bands insist on putting into their black metal. They’re like the yeast and hops. Creativity, on the other hand, doesn’t seem nearly as vital to many artists, which is probably why so many of them fall by the wayside, incapable of making a deeper impact beyond being totally cult, man.

Boston’s Infera Bruo, while heavy and brutal and evil-sounding enough in their own right, have other interests beyond just waffling you with sound. They were impressive already on their 2013 debut “Desolate Unknown,” an album we trumpeted (with real brass instruments!) on this site, and now that their second album “In Conjuration” has arrived, we get to hear a bigger, more fully realized version of the band. This quartet’s version of black metal has many shades—some of them not necessarily dark—and the work they put into every aspect of this album is impressive and noteworthy. People who show hesitance at embracing black metal even could be embraced. You like death metal or prog? You can find plenty to like on these seven tracks that will keep you captivated and at full attention.

Infera Bruo, which means “hellish noise,” is comprised of four individuals you may know from other bands. The lineup of guitarist/vocalist Galen (Trap Them), bassist/vocalist Neutrino (Encrimson’d), effects wizard/synth player Germanicus (Cul de Sac, the Girls), and drummer/vocalist Androth (Bothildir, Shadar Logoth) come from interesting musical backgrounds, which might explain why they have such an interesting way of making their art. There are all kind of things going on during these seven tracks, and it might take a few listens to absorb every element of this aggressive, peculiar (in a great way) album.

The madness starts on “Astrogenesis,” a track that kicks off the drama (it feels like classic Amorphis) with penetrating buzzing, noise zaps, and mangling vocals that bring the ugliness. Noise bubbles up, as the band hits a black metal curve, and then things go into proggy territory, turning your brain upside down. The song enters into a clean passage before coming out of the other side into manic fury. “Formless” tears opens, raging like ripping thunderstorm (similar to the one outside my window right now) before strange cosmic noise arrives and warps the cut’s face. Clean singing emerges, an element that returns here and there across the album, and that goes into a spacious setting flush with atmosphere. The playing sprawls from there, with militaristic drumming keeping pace, before going out on a growl-filled high. “Send My Ashes North” has disorienting noise and riffs that charge up, as the band finds its black metal gallop and rides it hard. Cold singing brings a sense of robotic detachment, but later the tempo rises again, shifts seemingly at will, and weirdly ends on a rock-like vibe.

The three-part “Proclamation” set starts with an unassuming intro piece on “Part I: Vessel of the Void” that trickles slowly and sets the stage for “Part II: The Silence Enfleshed.” There, antenna-like interference charges and scorches, only swallowed by a black metal assault that gets the fires raging. The music is bendy and rubbery at times, easily causing you dizziness, and the final moments are heady and heavy in anticipation of the triptych’s conclusion. “Part III: In Conjuration” has humid guitars that burst into rampage, with singing that rises above the murk, and urges of, “Let the great serpent strike,” practically begging for destruction. From there, fury and infectious oddity intermingle and create a scene that can tear at your flesh but also keep your mind wandering. Epic closer “The Two of Seven” is active and rushing from the start, with dark guitars bustling and creaky growls crawling from under the soil. The musical progressions are smart and unpredictable, with melodies swelling, the vocals going from epic to gurgling, and a spacey opening luring the song into its clutches and onto planes unknown.

Infera Bruo are great at keeping us guessing what’s next, and their second record “In Conjuration” catapults them even higher up the list of bands unafraid of challenging black metal’s borders. Yeah, the music is plenty dark and vicious enough, but what makes this group so special is their unwavering commitment to keep dreaming bigger and more colorfully. That approach is to their benefit, as well as their listeners, who crave for something unlike anything they’ve heard before.

For more on the band, go here: https://www.facebook.com/InferaBruo

For more on the label, go here: http://bindrunerecordings.com/