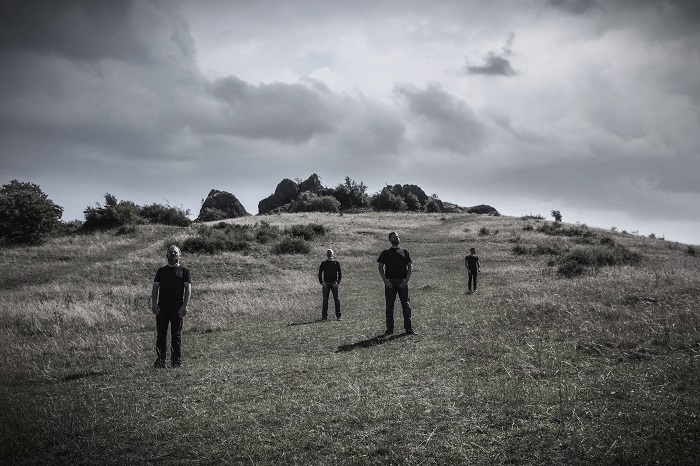 People coming up with radical, exciting new ideas is something that should be welcome in today’s society. So many people do things the exact same way that art, and life in general, has a tendency to feel overly processed and predictable, making things a little dull. Yet it doesn’t have to be that way, and for some people, it isn’t.

One band that seems to be lashing out against the idea of complacency is putting that very idea in their band name. Hemelbestormer is a Dutch word that means someone with revolutionary ideas, a person with a plan that might be deemed a little crazy but that also refuses to do things to conventional, accepted way. This band, made up of players who have made their mark all over the world, spread that ideal on their expansive, massive debut record “Aether,” coming your way via Debemur Morti. The four-piece beast is an instrumental union and spreads their power over four tracks that run more than an hour long and take you on a massive ride. 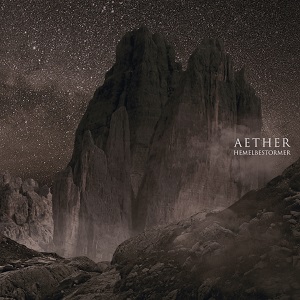 Comprised of guitarists Jo Driesmans and Filip Dupont (formerly of Gorath, Horas, etc.), bassist Kevin Hensels, and drummer Frederik Cosemans (Death Penalty, Serpentcult), this band constructs a moody, dreamy, often heavy journey through post-metal, sludge and doom that encompasses you. You have to take on this thing from front to back (I know we say that a lot) in order to get the optimal experience. If you need a breather when it’s done, you won’t be alone. It’s a nice, steep bit to digest all at once, and when the record was over, I needed some time before going any to something else. It’s pretty filling.

“After Us the Flood” is the 15:38-long opener, beginning with a push of noises and whispers and later choral chants. The track then gets sludgy and heavy, with layers building and folding, pushing down on the foundation, before it calms and takes on a nautical sense. The track lets cooler waters trickle, continuing that sense of serenity before the bottom drops out again and the heaviness returns. Mashing playing, melodic infusion, and mechanical swirls blast into the mud and push the song into outer space. “Starless” is the shortest cut at 12:16, opening with chilly winds and later heavy chugs. The song charges ahead while it spins its wheels in the tar, with some of the sounds glistening while also leveling added force. The final minutes trade off between dark and light, with the piece slowly fading away.

“The Purging” emerges from there, a 12:34 piece that charges up and send jolts of sound that make me think of gazing into a starry night sky. The melodies snake through the piece, giving the song an episodic feel before it fades out of its first stand and settles into silence. Chants rise out of that, quietly at first, and a gazey section downpours and soaks everything. The playing is mesmerizing, and later come heavier waves, cosmic mauling, and the song slowly dissipating. Closer “On Desolate Plains” goes a hefty 19:07, and at times, it does feel like it stretches a little too long. The song has a doomy, stormy start, with strange noises calling, the walls crumbling down, and the music trudging along. The band hits long stretches of playing that feel like they drone on a bit, though that doesn’t derail the song or anything. In fact, sometimes the composition gets dreamy and dizzying when getting lost in these pockets, which can be fun, and the final moments of the cut slug slowly and sizzle out in noise.

Hemelbestormer definitely have their own means for carrying out their sounds, and these ideas drive the band through “Aether.” Making a compelling statement on a lengthy instrumental album must not be an easy thing to do, but for the most part, this band makes it work. It will be interesting to hear how Hemelbestormer develop as their journey goes on and on what kind of missions they go from here:

For more on the band, go here: https://www.facebook.com/Hemelbestormer