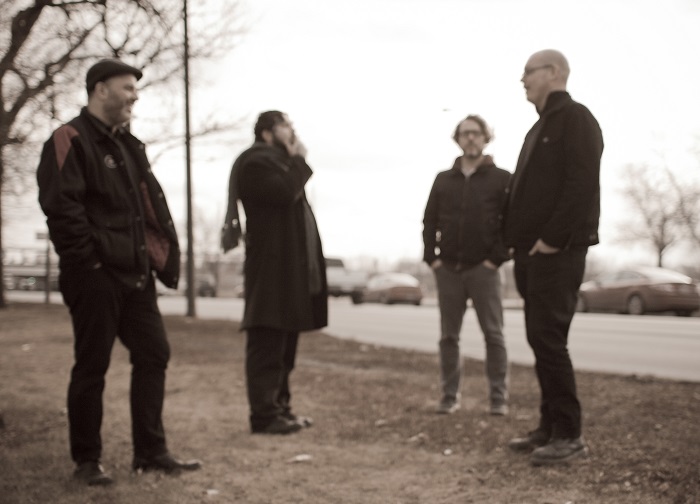 I’ve being trying to calm down a lot more lately. It’s not a matter of life and death–though in the midst of a panic crisis, I often forget that–but it’s something that as I and my frayed nerves get older needs to happen a lot more. Because of that, I’m trying to gravitate a little more toward music that can help me achieve that state instead of constantly putting me on edge.

Luckily for me, my collection consists of plenty of music that brings down the tension and lets me breathe. One band that always is a go-to when I just need to soothe the nerves is Locrian, whose music instead makes me think of sojourns into space instead the chaos in my head. This isn’t a Locrian review. Read on, please. Another band like that, containing a member of the great Locrian, is Lake of Violet, whose first record “The Startling Testimony of Plumb Lines” is here via the always reliable Gilead Media. Calling it a metal record would be a stretch, because what’s on this six-track adventure goes much further than that. This is psychological music in a sense, a collection that can be enjoyed lying back (or trapped in the fetal position) that can put your mind into different trains of thought and allow you to breathe. If I did yoga, and I keep meaning to start, this music would be excellent soundtrack fodder for me. 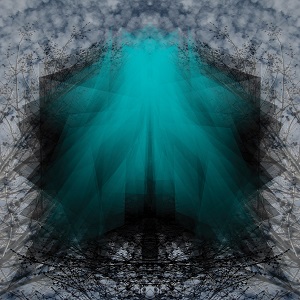 “The Startling Testimony of Plumb Lines” has its tension and darkness for sure, by its running hypnotic feel and foray into all sort of sounds (some doom, some post-rock, some ambience) creates an atmosphere that feels energetic and welcoming. Sorry if that’s not metal enough. On this recording, co-founders guitarist André Foisy (Locrian, Kwaidan) and drummer Anthony Michael Cori (of the great Cedars of Lebanon, and formerly of Minsk), along with bassist Jacob Essak (Sunsplitter), and vocalist Neil Jendon (Kwaidan, Catherine), put together songs that feel organic, off the cuff, and a result of four players tuned into each other and intent on creating an experience they and their audience could take together.

“Backwards Light” starts the record by bursting open and shining light, with hazy singing emanating, and a heavy early Pink Floyd wash to all of this. This made me think of music I’d want to hear on a gray, rainy spring day, especially as the noise boils and sets off a fog. The whole thing spreads itself out, with calming calls of, “Leave it all behind,” resonating and the sounds swimming away. “Circles in Red Drift” filters in, with a shamanistic vibe to it all, chimes chilling, and soundwaves surfacing and stinging. The song penetrates your chest cavity, boring into your body, with feedback scratching out the melodies and watery effects taking the piece underneath the surface to rest. “Dark Blue Square” has liquid trickling, acoustics rising, and deep group singing, with pokes of, “Your eyes, so cold.” This gave me an unplugged Alice in Chains feel in spots, with some electrics popping in and cool synth pulsating deep within the piece.

“Bastard and the Infinite” carries us into the record’s second half, sprawling, with singing that sounds slightly nasal (not a criticism … fuck, I love Geddy Lee, you know?), and every element taking it slowly. The track is shimmery and trance-inducing as it rolls on, as it takes on a meditative stance, with speaking voices swirling, almost as if you can read its words circling your head, and the piece bleeds out from there. “Captive Fugitive” has a calculated unfurling, with sounds wafting, hand drumming tapping inside your brain, and quiet singing pulling the message overtop. Guitars then are strummed a little more heavily, as the scene shifts, doom clouds arrive, and the record reaches its burliest point. Noise begins to scrape, space fuzz accumulates, and everything is sucked into a wormhole. The album ends with “Please Stay Longer” that begins with regal synth, acoustics plodding, and washed-out, mesmerizing singing. The bulk of the song takes on the traits of a medicine dream, with harmonized singing disorienting, each sound causing your brain to vibrate, and the track shimmering out, leaving the haze of light as the only evidence that anything was even here. Now, it’s time to wake up.

This new union is a promising one that already has a strong record to its resume with “The Startling Testimony of Plumb Lines.” Lake of Violet are perfect for pulling yourself away from the hellfire but still taking a trip that can envelop and stimulate you. This is one of the more interesting and different releases in Gilead Media’s storied catalog, and Lake of Violet is a band you want to get to know especially when your mind is demanding something to remove the massive weight.

For more on the band, go here: https://www.facebook.com/lakeofviolet