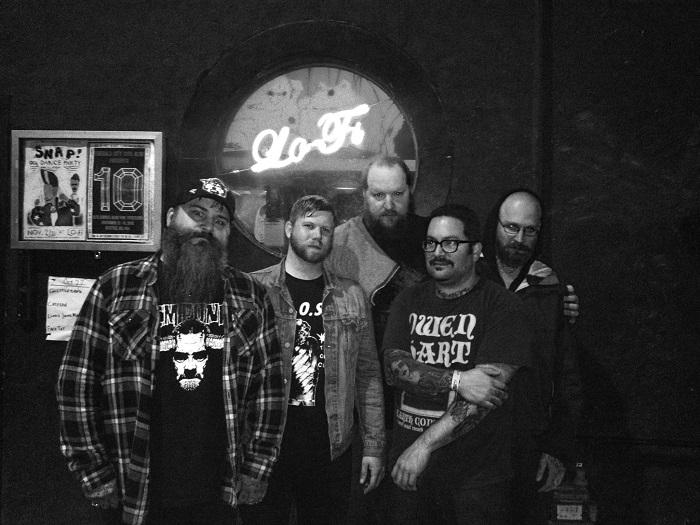 Look, heaviness is great. This site celebrates tons of things that are heavy and monstrous, but at some point, that can all sound like a steady wave of noise. Being heavy and interesting is a totally different thing altogether, and bands that can do both are ones that we treasure for sure.

Heiress is one of those, a band that can blister you with power but has way more tricks up their sleeves than that. Over three records now, their latest being the piledriving “Made Wrong,” the band melded a ton of different sounds together, from metal to doom to post-rock. That’s not even a completely accurate amalgamation of everything they moosh into their recipe, and it seems that whatever moves them, and whatever sounds make the most sense, are worked into their art’s DNA. As a result, Heiress sound fresh, alive, and, yes, interesting in an era when those elements are anything but guaranteed. 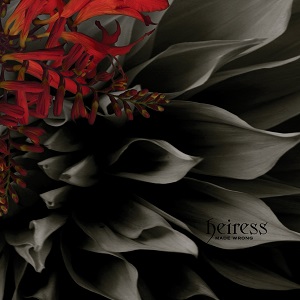 Heiress got going about a decade ago, dedicating themselves to mixing genres and scrambling brains since they got their machine rolling. Out front of the band is John Pettibone (he joined in 2008), who you may know from Himsa and Undertow and whose monstrous voice blasts over these seven tracks, packing them with grisly emotion. Along him are guitarists Wes Reed and Mark Holcomb, bassist Jerad Shealey, and drummer Justin Martinez, and on this strong third record, they keep your brain going, your skin bruising, and you wondering where exactly it is they’re going to go next. It’s fun, it’s different, and it’s wonderfully unpredictable.

The record opens with “Clearing,” the shortest track on the album but an effective one nonetheless. Off-balanced guitars give off a hazy fog, while Pettibone’s deep growls make their first seismic marks, and the song begins to punish. As the track goes on, every element gets more vicious, leaving the song to sizzle away. “Remains” begins with moody guitars and spoken verses that set the tone before the earth begins to quake. Vicious vocals tear into the mix, while punishing riffs clobber, and the spoken lines on the opening verses turn to howls as things progress. The band chugs and thrashes, with monstrous yells leading the way toward a gut-punching finish. “Lasts” has cold guitars trickling before the riffs start cutting away. The intensity picks up in a huge way, with Pettibone’s growls wrenching, and the music getting uglier. Calm sets in temporarily before things hit a boil again. The track reignites with slurry, sludging guitars, devastating cries, and the song pulsating away. “Skinning” runs 7:11 and leads into a noise glaze that’s thick and disorienting. The howls rip out, as the tones get moody, and the dark pace leads Pettibone to demand, “Clear the way!” There are seismic shifts in tempo, vocals that feel like they can lacerate skin, and guitars that hit a nasty swagger toward the track’s end.

The title cut follows, and it unleashes some calculated mashing that does bruising. There are reflective moments that trickle in, while the vocals scathe, and emotional guitar work wells up and overwhelms. There is nasty, bluesy guitar work that bubbles up, the band layering in interesting new elements, and everything gets situated in the muck. “Cruel Calm” unleashes the drums that blister in their assault, and they pave the way for grimy, abrasive guitars. The vocals absolutely smother, and even when some cleaner playing enters the fray, you can’t really get that burnt scent out of your nostrils. The song later turns colorful and even more expressive, with the lead guitar work taking command, and the final moments ending in a shimmer. The amazing closer “Endure” runs 8:55, and it’s the heartfelt centerpoint of a record full of human trial and tribulation. Mostly a slower, but no less heavy, affair, the atmosphere floods the room, with the vocals a mere whisper, and the track bleeding along. Clouds keep bursting as the track goes on, with heavy, gazey guitar work shining beams of energy, the vocals exuding passion, and the band unloading some final sentiments before the track slowly bleeds away.

Heiress’ run has been a strong, riveting one, and their work on “Made Wrong” keeps their fury in a really intriguing package. Their refusal to follow other bands’ paths is refreshing and exciting, and the fact that they pretty much stand on their own is awfully refreshing. These guys might jokingly describe themselves as “older Seattle gentlemen making loud beard metal,” and we fully embrace that, but they’ve got a whole lot more going on underneath the surface.

For more on the band, go here: https://www.facebook.com/Heiressy/

For more on the label, go here: http://www.mylenesheath.com/