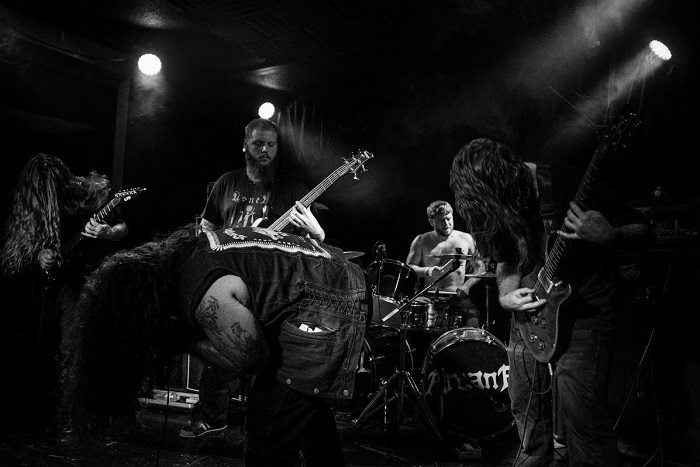 This is a ridiculously tough time to fill sites like these with content. Decent full-lengths are hard to find, though they’re out there, and lots of times, we find ourselves scrambling to get worthy material featured before we dive neck deep into year-end territory.

That’s not to suggest you can’t find nice late-year gems, and we have a couple of 7” releases that could make the end of this disgusting year a little more violently pleasing. Both releases are not for the faint of heart, and anyone out for sugary melody and widespread accessibility can go back to whatever big-box chains still sell metal albums. You should find yourself nice and comfy there with no hints of challenge whatsoever. Whoever’s left, get ready to have your eardrums charred. 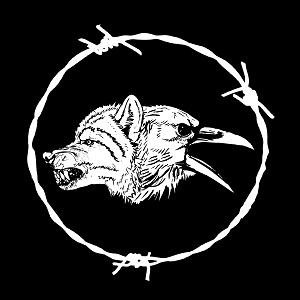 We start with Baton Rouge, La., black metal tyrants Barghest and their new release “Born of Tooth and Talon,” out on Elder Magick Records. The two tracks here were released a little earlier this autumn on a split with Teeth, but this is a nice way to have a compact collection of some of the best stuff on that effort. Those who have followed the band during their journey will notice a more violent, crusty production, almost as if the band thought they had to make their music scarier and meaner. They totally didn’t have to do that, but the band—vocalist Daemontis, guitarists Dallas Smith and Jason Horning, bassist Qutaybah, drummer Philth—went uglier anyway, as these guys sound like they’re plowing through hell and showing what true terror is all about. Also, this is a limited release, so if you want to grab a copy, you better move fast.

The title track opens the thing, with rains soaking the ground, dogs howling in the background, and even doom horns pumping, making this sound like the start of a horror film. When the song erupts, shrapnel spreads all over the place, with horrifying vocals darkening the already blackened picture, and the song delving into speed and chaos. The song gets insanely vicious, peeling back your skin and pouring gallons of salt in your already-fresh wounds. “Sterile Initiates” is the flip side, wasting no time to get the demolition on its way with spindly riffs, throat-mangling growls, and a heaping dose of filth. Strong lead guitar work creates a blinding blaze in the din, while the vocals continue to scathe, and the intensity somehow finds a new level in which to operate. The back end becomes more raucous and unforgiving, unleashing fury until it comes to an abrupt, soul-obliterating conclusion.

For more on the band, go here: https://www.facebook.com/barghestsoulless/

For more on the label, go here: https://www.facebook.com/eldermagickrecs/

Black Cilice remain one of the creepiest, most mysterious entities of all black metal. It’s really hard to even describe what this Portuguese band actually does as far as their music is concerned. It’s noisy and marred with chaos, elements are buried in the fog, and their work often feels like you’re being buried in dense layers of static. Their new 7” “Nocturnal Mysticism” is considered an EP, and at a run time of a little more than 15 minutes, it’s definitely beefier than what we normally get from a release this size. It’s also another strong entry from this mysterious group—the band’s membership remains unknown—on a resume that contains three full-lengths and a number of smaller releases, containing a bunch of demos, EP, and split efforts. This one does their brand of darkness a great deal of good. Oh, and this release also goes hand in hand with Black Cilice’s first live performance, set for Dec 16 in the Netherlands, so that’s a pretty big deal.

“Nocturnal Mysticism Part I” begins with a ghoulish, chilling wind moving in and freezing the blood in your veins. Static-stained clean playing begins to trickle through the fog, while atmosphere filled with smoke begins to coat lungs, with the vocals absolutely buried beneath everything. The tempo rattles, while the drums clash, and haunting howling slips through like a ghost, dragging you into “Part II.” There, troubling pounding jars you awake, while off-kilter melodies that sound like they’re drunkenly staggering begin down their path. Melody drizzles, while roars cut in through the void, bringing with them an uncomfortable sense of panic. The music overwhelms and drubs the mind, as hypnotic and sweltering melodies bubble to the surface, and a frigid weather patterns situates itself over all. Finally, winds begin to whip hard, while the song drains to its finish amid a blustery assault.

For more on the band, go here: http://blackcilice.blogspot.com/

For more on the label, go here: http://www.ironbonehead.de

Both these 7” releases are bloody and riveting, though each make their mark in much different ways. Barghest go for the jugular in their effort to eradicate the planet of, well, everyone, while Black Cilice swarm your sense with strangeness and peculiar transmissions. Each of these might not speak to the same black metal audience, necessarily, but both are worth your time and the further deterioration of your fragile hearing.