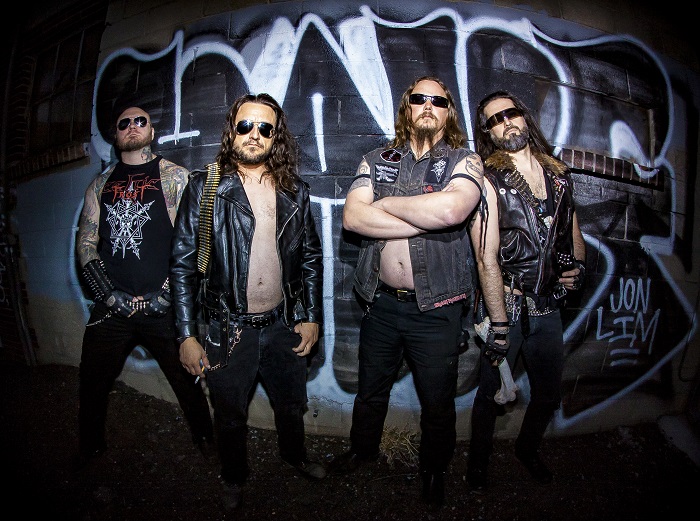 Like a million years ago, way before the Internet ruined everyone’s lives, there was a thing called heavy metal that really didn’t go very far beyond that simple designation. Everything heavy was metal, from Maiden to Priest to Motorhead to Metallica to Venom. We didn’t divide everything into little buckets and attempt to separate sounds from each other.

One listen to “Lawless Age,” the second full-length from Denver’s Weapönizer, and I think back to my own formative years with metal and what made me like it in the first place. It was heavy, raucous, sounded dangerous, and filled me with energy. That’s the same sensation I get from the nine songs on this record, as it makes me dream of the summer, destroying my hearing with my Walkman, and experiencing bad sunburns. It also made he happy reading the bio materials that came with the record that called out films such as “Escape From New York” and “The Road Warrior,” as they were movies that burned hours for me as a kid, and that I totally could hear woven through the music. The band—bassist/vocalist Barbarian, guitarists Destroyer and Ale Wülf (Nekrofilth), and drummer Shaggy (also of Nekrofilth)—put all of their energy and apocalyptic vision into this record, making it a brutal, scathing collection that blasts by in under 30 minutes. 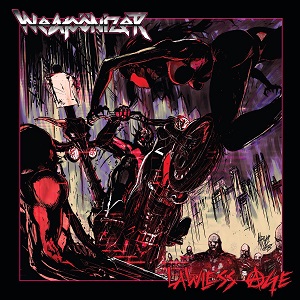 “Malefactor” gets things off to a rambling start, with the band thrashing hard, and Barbarian’s vocals lacerating the flesh. Maniacal shouts lead into a section of fluid, fiery soloing, feeling like it’s trying to recapture summers long past, before everything comes to a clobbering end. “Hellbound” has the drums splattering and kicking up mud, while savage vocals and riffing with steel teeth tear into the meat of the thing. The soloing blasts out again, later trading off to a completely different level, keeping things heavily lathered in insanity before it burns off. “Vulture” has a humid opening before it begins to tear muscles from the bone. The pace is crazed, while Barbarian’s vocals go for optimum bruising. The track sends off wave after wave of unmistakable hostility before the cut ends abruptly. “Rattenkrieg” is a mauler, with a simple chorus you can shout back at the horde, and drumming that pulverizes bones. The track remains molten and threatening throughout its run, ending the track with a smothering assault.

The title track has ripping riffs and devastating thrashing, as the band unleashes a heathen spirit that has a heavy “Mad Max” feel to it. The guitars reign heavily, and the tempo is both monstrous and molten. “Gangrene” has guitars mashing and leading the charge, then things get twisted and fierce. The guitar work feels techy, like some Voivod worship, but they never lose a hint of their bloody intensity that floods right to the finish. “Iron Clan Exiles” has noise hanging like a storm cloud before the doors are blown down, and the band comes in to pillage. The chorus is not overdone, with the simple howls of, “Iron clan exiles!” making it a spirited, animated section that should be fun to recreate live. “Temple of the Iron Skull” zaps and pulsates at the start, as the momentum builds, and the threat of assault becomes more apparent. Once things open up, there’s no point in hiding, as the menacing growls from Barbarian put you in your place, and the scorching fire melts your face off. The band shifts the tempo here and there to keep you guessing, and then everything bleeds out. The last cut is a real treat, a cover of English Dogs’ “World War 2” that sounds as nasty and relevant today as it did when it first surfaced in the early 1980s.

Weapönizer are pure metal through and through, and “Lawless Age” goes back to a time when if you were heavy, it didn’t matter what they called your music. It was just fucking metal. These songs will make you think of depravity, violence, and post-Apocalyptic wastelands, and the way things are going in the real world, we might not be far off from that hellscape.

For more on the band, go here: https://www.facebook.com/Weaponizer